Finding truth about an event often requires a process of digging into many sources, ferreting out germs of understanding and insight from masses of factual material to create an internal and consistent understanding we can call the truth. A year or so ago I wrote a review of Douglas Brinkley’s fine history of hurricane Ka 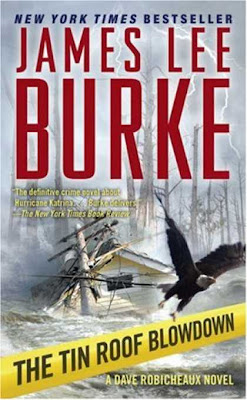 trina called The Great Deluge. I was satisfied that I’d pretty much learned all I needed to know about the disaster that destroyed both the body and the soul of New Orleans. The Tin Roof Blowdown is James Lee Burke’s hurricane Katrina novel. By placing his detective Dave Robicheaux as well as the regular cast of characters from his detective novels located in south Louisiana, in the midst of the social and economic breakdown caused by Katrina, Burke has added to the horror of this event in ways that show how the uses of fiction can add immeasurably to our understanding of the truth.

In The Tin Roof Blowdown, Dave Robicheaux is sent to New Orleans to assist in the near aftermath of the disaster, arriving to see the New Orleans Police Department in retreat, the Super Dome filling up with both the desperate and those who would prey on them, and the punks taking advantage of disorder to loot and pillage. Robicheaux is an errant knight, with the emphasis often on the errant. A recovering alcoholic filled with anger and class resentment as well as the insight of both AA and a solid education in psychology and sociology, Robicheaux can often barely restrain his rage and resentment at the injustices he sees and experiences. This anger, especially when psychopathic miscreants threaten the safety of his wife (the third one in this excellent series) Molly or his beloved adopted daughter Alafair. (The story of Alafair, rescued early in the series from a plane smuggling her from El Salvador into the country and adopted by Dave and his wife is even more complex. James Lee Burke has a daughter named Alafair who attended Reed College, like her fictional counterpart, and who’s a pretty fair crime novelist in her own right.)

The story revolves around three punks who rape the innocent daughter of a conventional and well-meaning insurance adjuster, their discovery, while looting a nearby house, of a trove of cash, drugs, and diamonds, and a scary, creepy psychopath who’s smart enough not to have a record and who represents a real danger to Alafair and Molly. Cletus Purcell, Dave’s former partner when they were on the NOPD force and his uncontrollable alter-ego in the series, is, as usual, deeply and dangerously involved in the events. One of the most interesting elements in the Dave Robicheaux series of novels is observing the detective’s efforts to stay within the bounds of civilized society while fighting against social and political forces larger than he is. He wins the small battles, but cleaning up society is, thankfully, beyond him. Thankfully, because if he ever won the whole war, we wouldn’t have the next volume to look forward to. 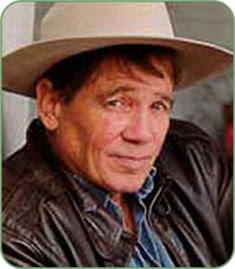 ames Lee Burke’s prose is punchy and lovely at the same time. His evocation of smells, colors, and shades of light recreate the feel and environment of southern Louisiana, where most of his novels take place. His compassion for the poor and powerless contrasts comfortably with his anger at those who prey upon them. His dialogue is sharp and filled with suggestions of unsaid under currents. His writing is at once spare and lush, much like New Iberia and Lafayette, where the stories are set. When he ventures to his old haunts in New Orleans, he returns to sinful haunts of his weaker days. As with so many series books, a reader need not have read all the previous books to enjoy a present one, but it helps to know the whole back story. For those who aren’t already familiar with James Lee Burke and his Dave Robicheaux series of detective fiction, this means you have a lot to look forward to. Those contemplating reading Burke’s fiction should be prepared for gritty language and violent situations.

James Lee Burke’s novels (including those not in the Robicheaux series) can be purchased at your local independent bookstore as well as on line and at the chains. A favorite of mine, and a good source of autographed copies if you want them, is Books Along the Teche in New Iberia. Contact them here.