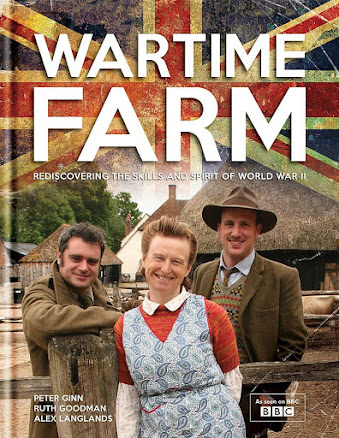 Nostalgia has a strange and funny effect on people. We often yearn for the “good old days,” finding something strange and wonderful about a golden past we yearn for, whether it existed as we remember it or not. At other times, our nostalgia may cover up many less pleasant or difficult times with a rosy glow. My wife, Irene, and I were both born in 1941, about six months before the Japanese attack on Pearl Harbor precipitated America’s entry into World War II. However, the war had been raging in Europe for two years before our formal entry, even though the U.S. was supporting England with weapons and material. We both lived through the war as small children, each of us having fleeting memories of crushing cans, saving rubber bands, and ration books limiting the availability of gasoline. This series brought back some real and, perhaps, some media coached later images to our consciousness 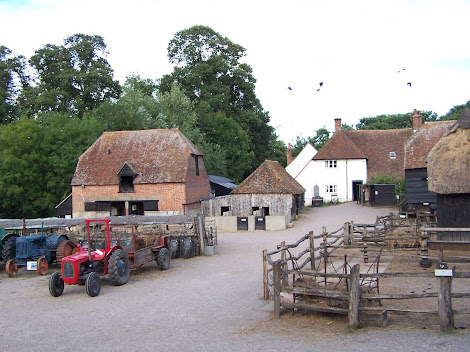 The BBC production of Wartime Farm, recreates the British farmer’s experiences of the War, bringing its hardships, advancements, and struggles to life in an arresting, revealing, and engaging eight episode documentary bringing realities of the war as it affected life in the English countryside to reality. Currently running on Britbox, this highly engaging eight episode program, filmed at the living museum Manor Farm, contains many points of nostalgia while never glossing over the hardships, dangers, and changes the war brought about in English rural society.
The Cast 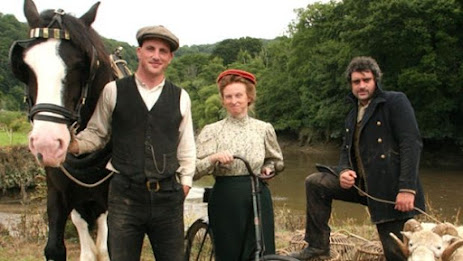 The main characters in the film are Historian Ruth Goodman and archeologists Alex Langlands and Peter Ginn, who work the farm together, learning the farming and domestic skills necessary as well as confronting the hardships of farm life during the war. While all the filming, except for black & white film clips from during the war, is clearly contemporary and all the characters in every role are re-creators/interpreters, there’s an almost overwhelming sense of authenticity, as the three central characters learn to live in a time period clearly taking place before they were born. 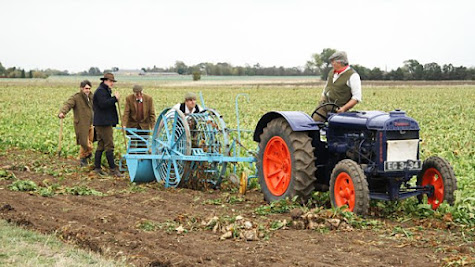 Wartime Farm is currently streaming on Acorn TV, which can be ordered separately or through your Amazon Prime subscription for $5.99 a month. An annual subscription is available directly from Acorn, saving subscribers two months payments. We’ve found it to be intensely interesting in its own right as well as creating cultural and historical context for much of our current streaming of British television programs portraying various aspects and post-war time periods. Even programs like the Inspector George Gently Mysteries, set during the 1960’s show elements of the effects of World War II in their action. The Inspector Lynley Mysteries, too, take on greater nuance when the class structure explored there is put into a context of post World War II England.

All in all, Wartime Farm provides fascinating glimpses into social and cultural changes made in England during the 1939 - 1945 period which still resonate through the culture, while never losing its intrinsic entertainment value. Presented in eight episodes, the program offers glimpses into a life fast disappearing from living memory, yet crucial to the modern world.