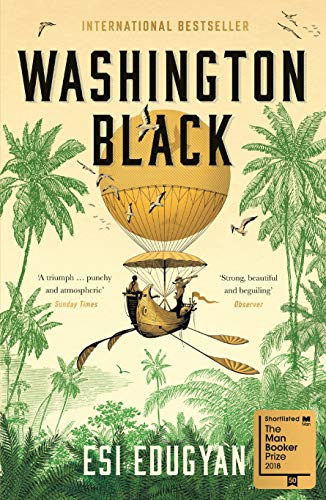 Named to The New York Times 10 Best Books of the Year in 2018 as well as short-listed for the prestigious Booker Prize, Washington Black captures the reader quickly dropping onto the island of Barbados on a plantation in 1830. The story is told by Washington Black, a young slave who doesn’t know whether he’s ten or eleven years old. He has no memories he considers worth remembering while he lives on a plantation under the strict and sometimes violent vigil of on older slave woman he knows as Big Kit. Work and frequent beatings in blinding heat are the constants in his life.

One of the sons of the plantation’s owner, Christopher Wilde, known as Titch, plucks young Wash out of his miserable life to assist him in launching a strange lighter than air vehicle…a doomed to failure venture, which leads to Wash’s being burned almost beyond recognition, and to his escape with Titch to America. There follows a strange, often frightening, journey to escape a slave catcher, and learn to live on his own in America and, later, Canada. Throughout his travels, his skills as a draftsman/artist grow along with his interest in marine life, which turns out to be his greatest skill, beyond survival. At first seeming a little strange, the novel turns into a page turner as Wash continues his search for the meaning of his own existence.

Author Esi Edugyan, is a Canadian writer educated who studied at the University of Victoria and Johns Hopkins University. She has published three novels and one work of nonfiction. Her works have earned a number of prizes and mentions for major awards in fiction writing. 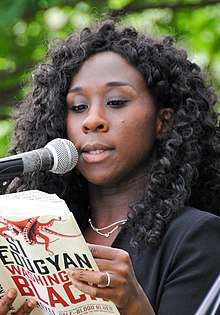 Washington Black captures a reader at the start and retains interest as he struggles to learn who he is as well as where he might fit in as he grows in self-awareness through a series of harrowing and then satisfying growth experiences. Edugyan’s writing has narrative drive along with close observation and character development. I bought the book from ThriftBooks and it is available in all the usual outlets. Highly recommended.
Posted by Ted Lehmann at 10:46 AM No comments: