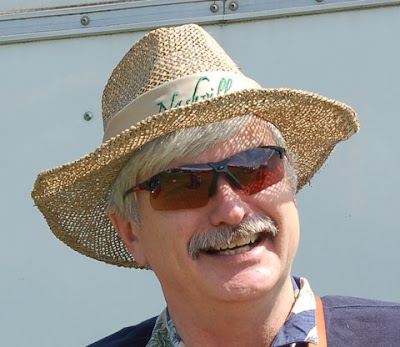 Dr. Bobby Jones, born June 13, 1952, died Sunday after a struggle with an inoperable brain tumor. He's survived by his wife of 37 years, Marta, his daughter Bonnie, his son Robert M. , a grandson, Matt (Robert M. Jr), and his parents, Dr. Robert Jones and Mabel Sperling Jones, as well as two brothers and assorted nieces and nephews. Online, he was known as Dr. Tom Bibey, the author of The Mandolin Case, the soon to Acquisition Syndrome which is available on Kindle, and numerous articles and reviews as well as a brief book called The Bluegrass Tumor Boogie: A Cancer Cure available only in a Kindle edition. His widely read blog remains online and is the best way of coming to know him.
Dr. Tom Bibey (born January 28, 1953) made his first appearance as a blogger on October 7, 2007 and was announced to the world in a comment from him on The Bluegrass Blog (now Bluegrass Today) on November 16. As far as I can tell, I first showed up as a character on Dr. B's blog on November 27 of 2007 and I also first posted about him on the same day. He posted his first comment on this blog in June of 2008. In other words, we've been in this thing together for a long time. Early on, our contact was an interesting, not to say intriguing. cat-and-mouse game. He wanted to be the anonymous Dr./musician/philosopher spinning his tales, and I was a bluegrass blogger trying to figure out who he really was. I had been blogging for less than a year and he had begun his blog several months later, first posting on October 7, 2007 and then regularly thereafter, gradually extending his skill at writing, his editor's and his initial goal for beginning to blog, as well as his visibility in the cyber and bluegrass worlds, where they overlapped.


Dr. B Jamming in Burlington Irene and I were both charmed and entertained by this blog written, ostensibly, by a country doctor from Harvey Country in North Carolina who had gone to Sandhills Medical School  and was also a mandolin player with a band called Neusse River, a river which runs though eastern North Carolina. We accepted, from his own self description, that Dr. Bibey was the pseudonym for the writer, but we started looking for him anyway. Irene searched and found no Sandhills Medical School nor Harvey County. Indeed, Harvey is the name of an invisible white rabbit in a play and later James Stewart movie of the same name. There was no Dr. Tom Bibey on any list of physicians in North Carolina. We soon came to understand precisely how devious and protective of his real identity Dr. Bibey actually was. Dr. B (for Dr. Bobby), as he was known to all in Cleveland County, NC, passionately sought to protect his family and patients from any taint of his work as a writer. He also took great pleasure in the game of hiding, especially when local people discovered Dr. Bibey and were unable to connect the two. After a while he gave me an email address so I could communicate with him off his blog and later a phone number so we could talk. It was some months before he told me his real name and the actual location of Harvey County. 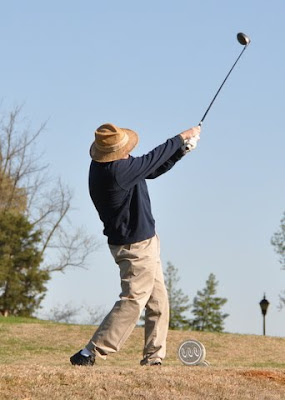 Soon we agreed to meet at Lorraine Jordan's winter festival, held in Burlington, NC. “You'll recognize me. I'm the shaggy haired guy with one green eye and one blue eye.” and so it was. All four of us hit it off and regular meetings at festivals in North Carolina ensued. Later, we visited in his a Marta's (Marfar in the blog)  home in Shelby, eventually establishing our “lake house” at the campground on Moss Lake between Shelby and King's Mountain. We wound up spending a week there two or three times a year to coincide with events where we could visit the Jones's as well as Darin & Brooke Aldridge, who live in nearby Cherryville, and whom Dr. Bibey had championed in print and in person since they emerged as a couple, after being a surrogate father to Darin for years. Our online acquaintanceship had blossomed into a friendship.

The Mandolin Case - His First Novel 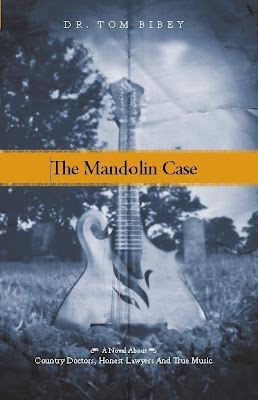 Bobby Jones was loyal, almost to a fault. He loved his family without reservation and supported each of them in every way he knew how. He was a fierce advocate for his patients, sharing many stories of his battles with insurance companies on their behalf, while disguising the patients in his own way.  Both of his published books reflect his wile and gentle combativeness. When son Rob decided to join the Army and become a helicopter pilot, Bobby feared for his safety and was as proud as any father could be to watch his progress, at age 26, through basic training and various schools. Bobby gloried in every bruise daughter Bonnie received practicing martial arts and watched her professional advancement carefully and proudly, never interfering. He was a regular guest performer in Marta's bluegrass band, which played locally, and continued to write about all of these people under various names he created throughout the life of his blog. As the blog became more popular and he spread his wings, it became increasingly difficult to keep his two lives separated, but bluegrass people are a special breed and honored his wish to do so, even when they discovered his dual identity. 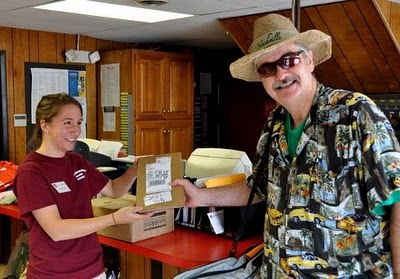 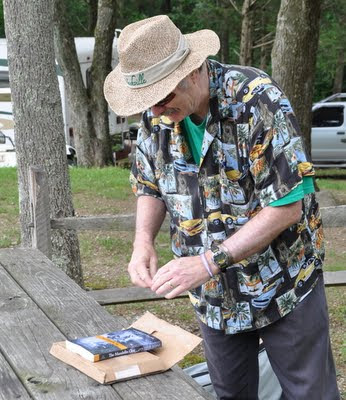 We first visited their home in Shelby in April 2008 before attending Merlefest, where Dr. B took us to Flint Hill to see Earl Scruggs' boyhood home and  to the local cemetery to see country singer Don Gibson's grave. That night he took us to Jack Bingham's Bomb Shelter in Cherryville. Because he was still being very cagey about separating his Dr. Tom Bibey persona from Dr. Bobby Jones who lived and practiced medicine in Shelby, North Carolina while he played in a bluegrass band called Flint Hill and treated many members of the bluegrass community, he's mentioned in my blog as a guy named Bob Jones. As time passed and he became more comfortable with the acclaim Dr. Tom Bibey was achieving, he loosened up a bit, but still took pride and a bit of ironic glee in how few people who knew both him and his blog didn't connect the two. Once his book, The Mandolin Case, was published, his secret became better known near home, but he was still able to protect wife and family from being outed. In the past few years, Dr. B traveled more widely and attended a festival in New England, Musicians Against Childhood Cancer in Ohio, and IBMA's World of Bluegrass in Nashville. People who first met Dr. B on line came to know him in person as time passed. He had plans for many wider visits to festivals after he had completely retired, when he became ill. Several years ago he sold his practice to a large combine of medical practices, and they named the building after him.


At the MACC
with Marta and Friends 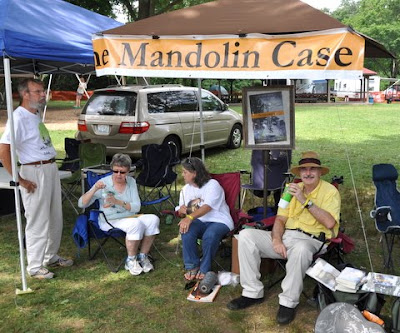 Dr. Bobby Jones waged a valiant battle against cancer, all the while seeking to continue to educate the world about how to live a life of grace and dignity, a goal which he achieved. He lives on, however, in the many lives he touched as a father, husband,  physician and as the world's only doctor, fiction writer, and bluegrass musician. 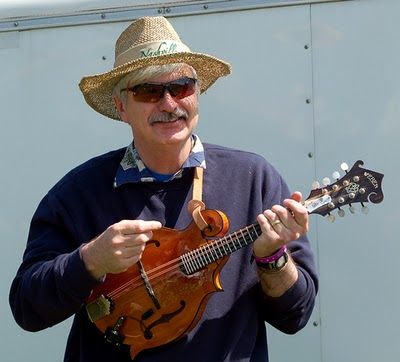 Contributions may be sent in Dr. Bobby Jones' name to: Musicians Against Childhood Cancer,  Tumor Fund of the Carolinas, or Aldersgate United Methodist Church
Posted by Ted Lehmann at 6:06 AM 7 comments: