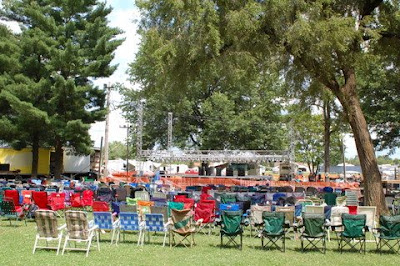 After driving for a day and a half from Keene, NH to Columbus, OH we were ready to get into bluegrass mode. We went directly to Hoover Y Park where Musicians Against Childhood Cancer (MACC) begins Wednesday at 1:30 with New Found Road opening the festivities. The faithful had begun to gather in the field. Lynn Butler took as around the grounds, pointing out that as of around noon there were only 31 electric camping sites left. There was still plenty of ground left for rough camping. All camping at MACC costs $5.00 per day. Hoover Y Park is a very large piece of ground, and there were still some camp activities going on, but the festival was beginning to shape up. We met promotors Darril and Phyllis Adkins, who had changed this festival to a benefit operation about eight years ago after the death from cancer of their daughter Mandy. St. Jude's Children's Research Hospital is the beneficiary, so far to the amount of over $432,000. 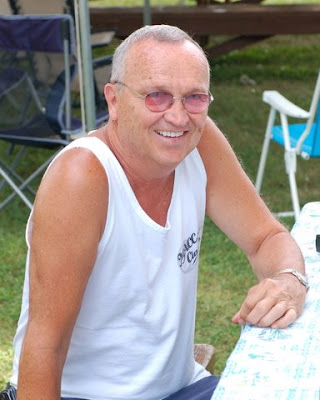 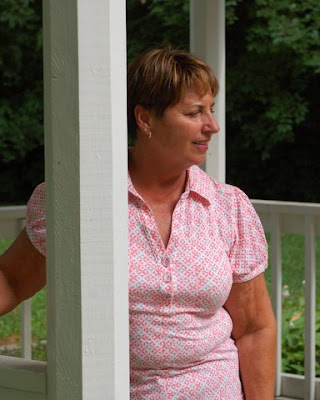 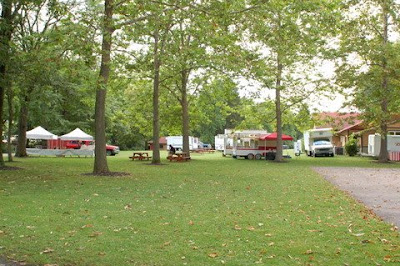 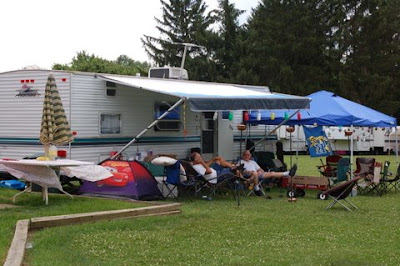 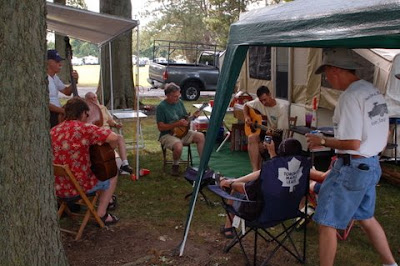 The sound crew was setting up the stage and installing sound equipment. By the end of the afternoon the tones of Charley Waller and the Country Gentlemen were drifting across the grounds, clear as glass and not too loud. Early arrivers had placed their lawn chair in their favorite spots. Some directly in front of the stage, others underneath trees and around the grounds. Vendors had begun setting up their units at the back of the main field.

The Red Hats Are Hear 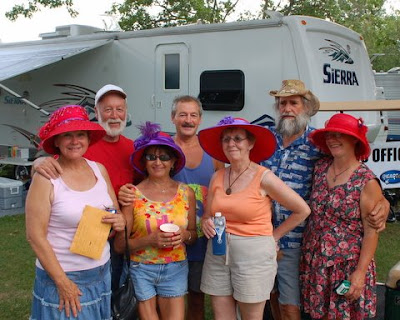 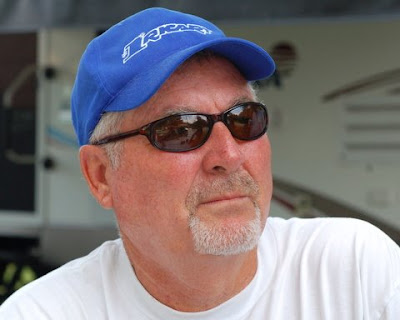 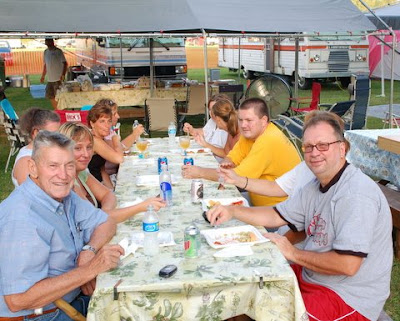 At around 7:30 the volunteers and staff members assembled for a delightful buffet dinner, perhaps the last time we'd be together for the rest of the week. There was a feeling of eager anticipation as folks stopped by to chat with old friends, we prepared for the coming day, and had our last few quiet moments together. I'll be posting daily from this festival with pictures of performers and the bluegrass scene. Here's a taste of the look and feel of the day before.

Not Quite Ready for Prime Time 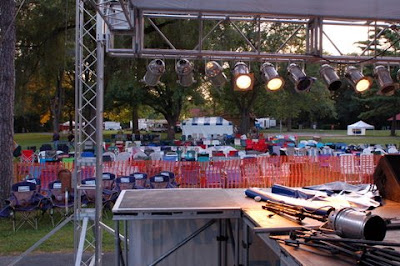 Corn Hole Set to be Raffled
Signed by Artists 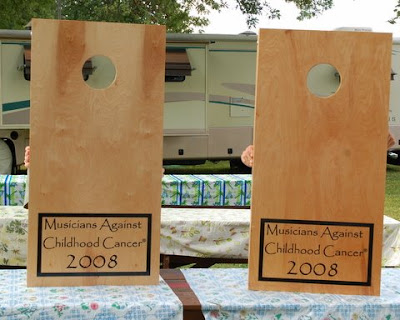