Friday at Denton was warmer and the wind had died down, but it drizzled and rained nearly all day. Despite the weather, the wonderful music shed at Denton Farmpark shielded us from the damp and provided a haven for the enjoyment of first class traditional bluegrass music. From top to bottom, the lineup was solid with something to offer everyone there. The Loughlin family have built a first class exhibition space from what started out years ago as a place folks came to take airplane rides. Management here is hardly visible, yet the families commitment and spirit pervade the entire event. 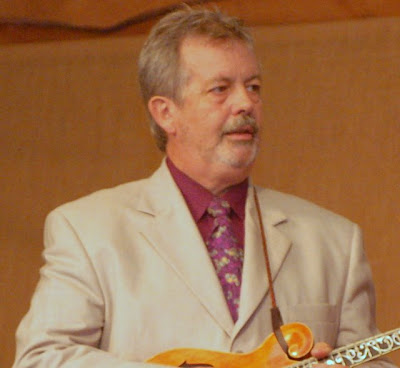 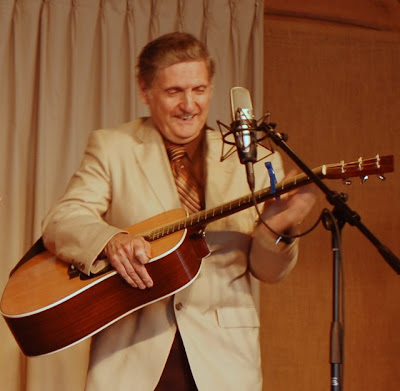 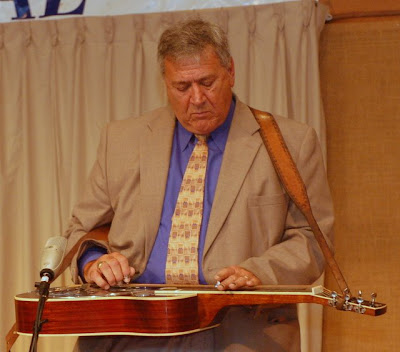 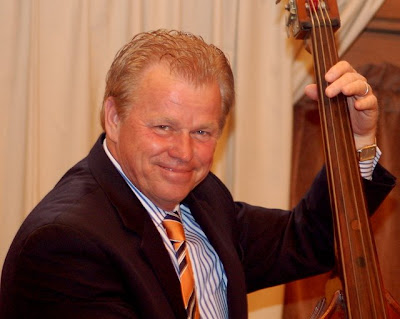 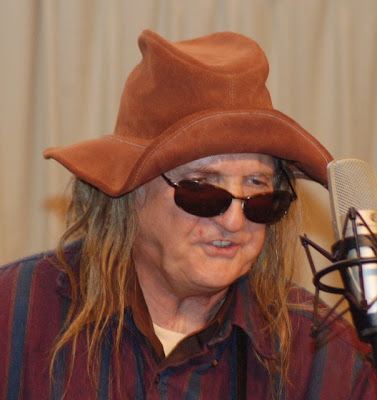 Carolina Sonshine began life, insofar as I understand, as primarily a Gospel bluegrass band and has broadened its appeal by offering a balance of secular music and traditional baggy pants comedy. Their covers of Country Gentlemen songs like Matterhorn and Two Little Boys sung by Danny Stanley, whose voice bears a remarkable resemblance to Charlie Waller's, are excellent.
Their Gospel music is heart felt and effective. The band has, over the past few years, widened its range and gained fans. 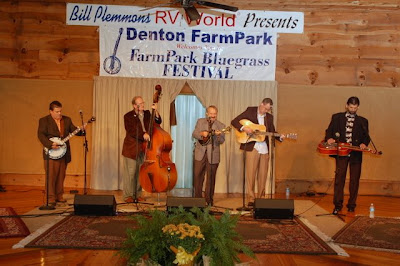 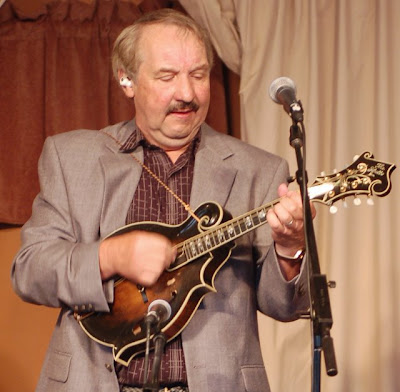 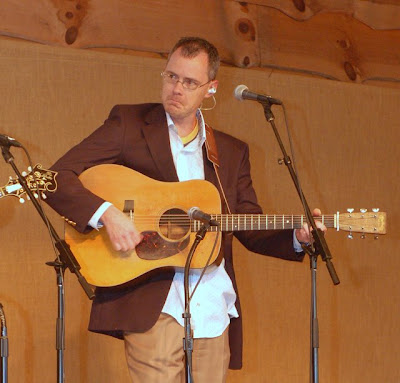 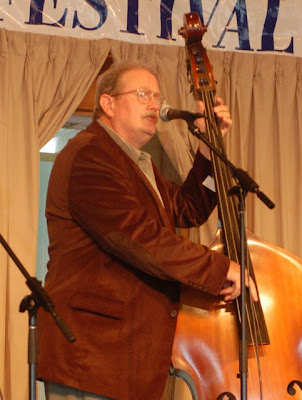 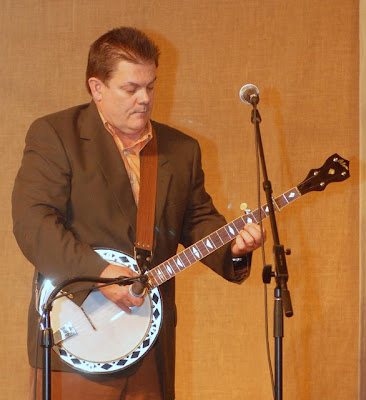 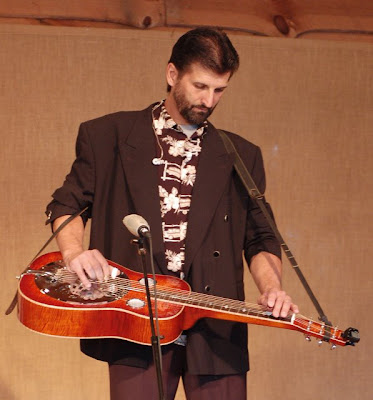 Buck & Company, so far at this festival, is the surprise act, for me. Hailing from West Virginia, this band is strong at each instrument, plays and sings well, and uses a good variety of original material written by Buck and bluegrass standards. With three lead singers sharing the vocal chores and strong flat picking and Dobro input, this band is interesting and enjoyable. I'm looking forward to seeing them again. Buck's songs about his parents and rural life in his home are particularly arresting. 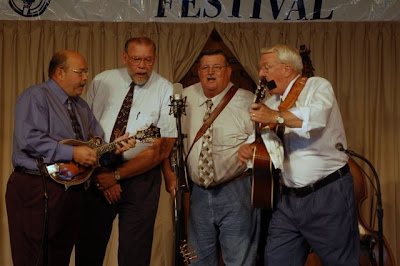 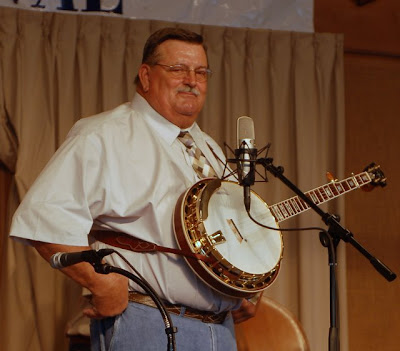 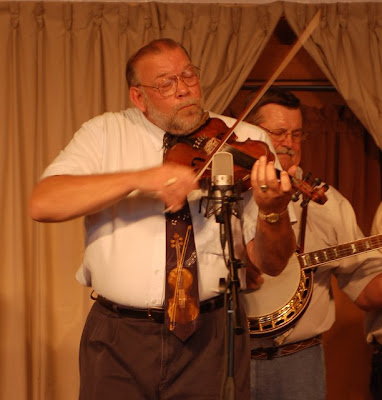 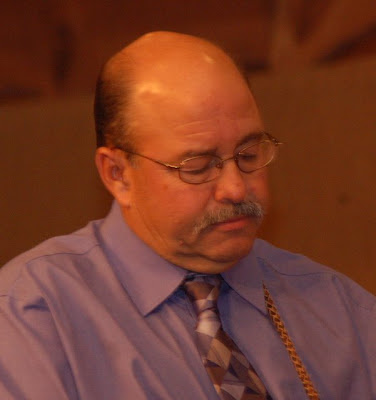 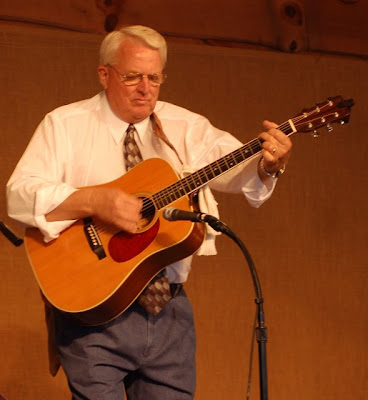 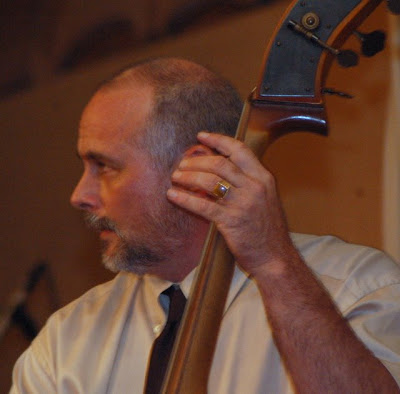 Al Batten & The Bluegrass Reunion is a regional North Carolina band providing top notch entertainment of a sort exceeding many bands with much larger national reputations. When Irene sees them play, the word she invariably uses for them is "Fun." Batten's personality, relaxed, funny, perhaps a little outrageous, shines through even when he takes his excellent banjo picking to the rear of the group. Johnny Ridge is perhaps the foremost traditional fiddler playing bluegrass today. A huge man who dwarfs his fiddle, he steps to the microphone, foot stomping, and sets a tone of unrestrained joy. Mike Aldridge on mandolin is a solid performer. David Turnage at rhythm guitar, harmony vocals, and an ocaissional solo is a strong presence. Jimmy Cameron, who has also played mandolin with the group, does a fine job on bass. But finally, it's Al Batten's sunny personality, solid banjo play, and wide knowledge of bluegrass gained from thirty-six years of bandsmandship, that make him stand out. This is a band promoters outside of North Carolina should give careful consideration to. Look for him at YeeHaw Junction in Florida this February. 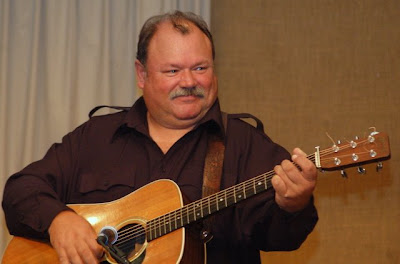 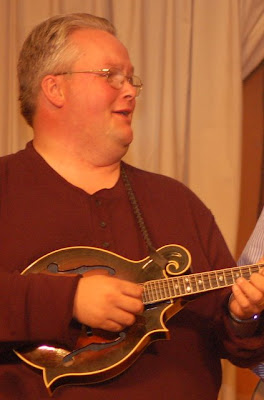 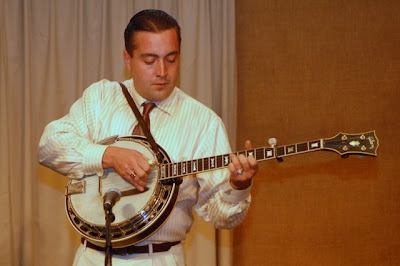 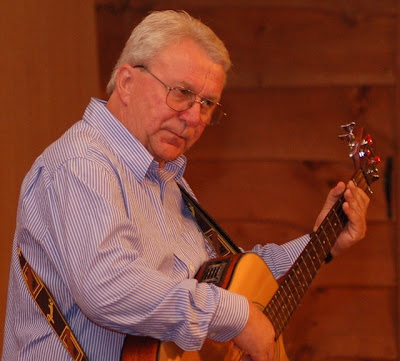 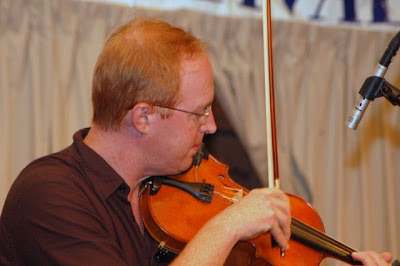 There isn't much to add about the legendary James King that others haven't already said, and said better than I can. James singing of "plumb pitiful" songs about death, loss, the end of an era, and the end of happiness capture sadness at its best. His singing comes from so deep inside that it isn't unusual for him to tear up as he sings. Selected traditional male vocalist of the year seven times by SPBGMA, King deserves every one of his awards. This weekend he seemed in a particularly jovial mood. His band and his audience picked up his mood and went with it as he sang his classics like "Bed by the Window," "Echo Mountain," and "Thirty Years of Farming" with strength and conviction. His long-time sidekick Kevin Prater on mandolin provided excellent vocal and instrumental support on mandolin. Chris Hill on banjo is clean, quick, and funny. Tom Timberlake on bass and Eric Christopher on fiddle supply the sort of instrumental support that consistently makes King look good. King was cleared eyed and with the audience through two very good sets before heading out to Kentucky for the next date. This is one of the hardest touring bands in the business. 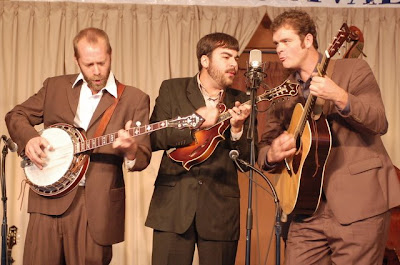 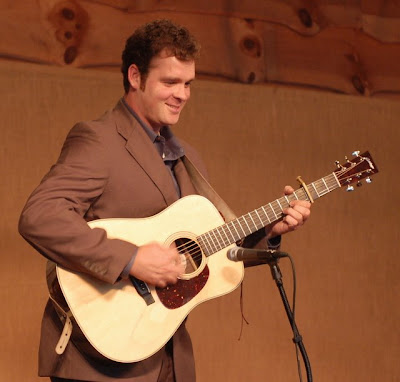 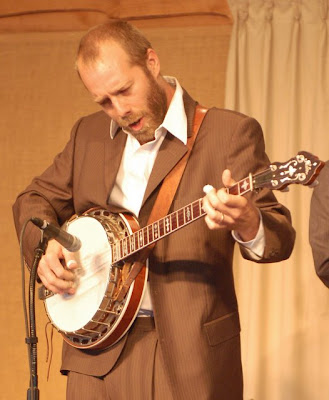 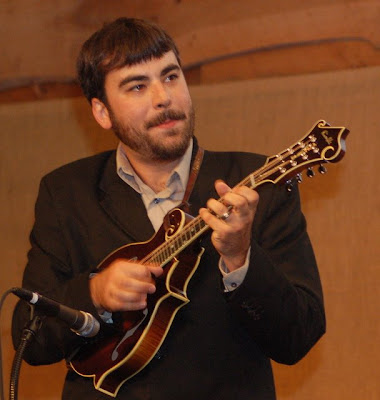 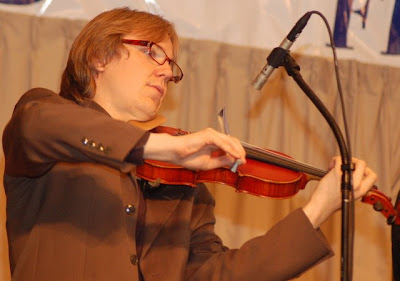 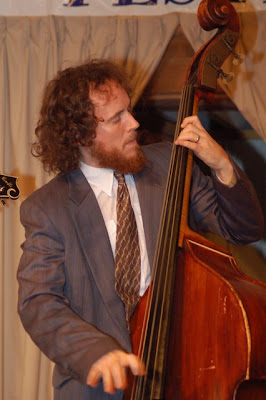 The Steep Canyon Rangers, with their feet firmly planted in both traditional bluegrass and more progressive modern territory, stand as one of the most important young bands in the music. Their energy, precision, innovation, and sound set a high standard, and they have received a lot of well-deserved recognition for a young band. Graham Sharp and Charles Humphrey both write interesting and thoughtful songs for the group. Their new song "Shades of Gray" is a wonderful evocation of the lack of clear divisions in our contemporary society. If Johnny Ridge is one of the best traditional fiddlers today, Nicky Sanders opens new ground for contemporary fiddlers, bringing his classical training and creative ear to news ways of playing that fiddler's national anthem "Orange Blossom Special" as well as adding funny and interesting vehicle sounds to Sharp's "Feeling a Little Bit Like Dale," a NACAR rouser. Mike Guggino on mandolin also sings well and brings a quieter steadiness to the group. The ability of the Rangers to evoke wildly enthusiastic responses from young contemporary music fans and little old ladies is unparalled.

Perhaps the reaction of the audience at the Farmpark Bluegrass Festival can best be personified in the "young" couple sitting just in front of us. They've only been married three years, having found each other recently. It's their first bluegrass festival, and they've stayed and enjoyed every performer through the first two days. Their joy in each other and the music is infectious. Here they are: 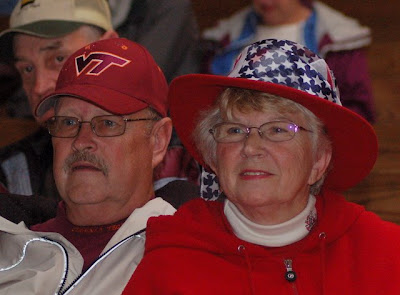