Grasstowne - "The Other Side of Towne" - CD Review 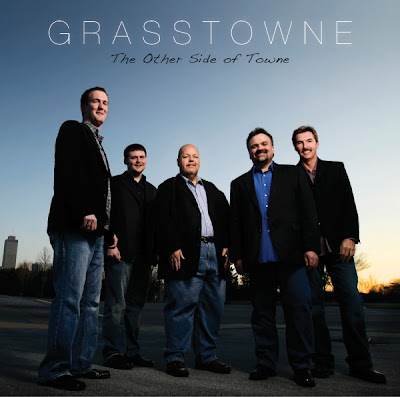 Two and a half years ago, three deeply experienced bluegrass musicians, reflecting on the sound they wanted to make and music they wanted to create, came together, put together a band, and called themselves Grasstowne. Alan Bibey, Steve Gulley, and Phil Leadbetter had each found success with top bands over a number of years. Each expressed, however, a certain dissatisfaction with the kind of music they had been making and wanted to commit himself to creating a unique, yet strongly tradition-based, sound. With their first CD, The Road Headin' Home, they set a strong standard for themselves. Now, after more than two years of touring, changes in the band only at bass, and a lot of thoughtful development, they have produced their eagerly awaited second album The Other Side of Towne. Combining their expected instrumental and vocal quality with an increased sense of who and what Grasstowne is, they've produced a well-rounded and highly listenable album that will provide hours of pleasure. With fourteen new songs, six of them written or co-written by Gulley or Bibey, the album has a distinctive Grasstowne sound and feel to it. Bibey and Gulley split the vocal responsibilities evenly, each singing lead on six songs and contributing fine vocal harmonies to each other's leads.


Grasstowne at Bluegrass on the Waccamaw, Conway, SC 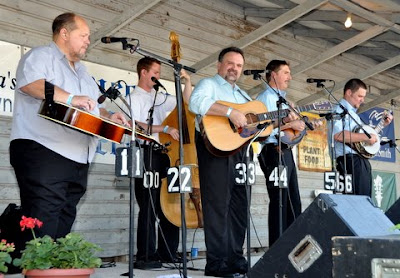 Tobaccoville is just a few miles down the road from Alan Bibey's home town of Walnut Creek, NC. This instrumental allows Bibey to show his very highly regarded chops. He is an extremely subtle and complex mandolin player. As you watch him play, he almost makes it look too easy, throwing off licks and flourishes that many other mandolin players couldn't even conceive. Sometimes a small grin of satisfaction briefly crosses his face as he finishes a break, but then he's hard back at it. Other mandolin players may seem faster, but none combines his clarity of tone with taste and speed to create the marvelous sounds he produces. His picking is very much jazz informed, often distinguished by the spaces between the notes and the breathtaking syncopations. You have to wonder why his play has not received the nod from voters at IBMA after so many years of simply superb play. Solos by Jason Davis, Stuart Duncan, and Phil Leadbetter compliment the song, but “Tobaccoville Road” is vintage Alan Bibey. In each song he contributes the precise mandolin breaks required. His chop is always superlative. His high baritone voice has consistently improved in tone and confidence over time, showing itself to excellent advantage in this CD. 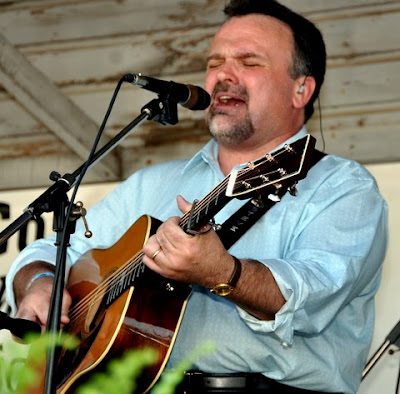 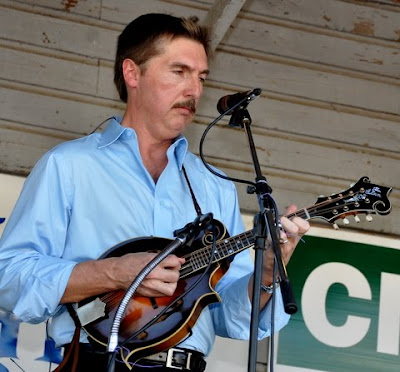 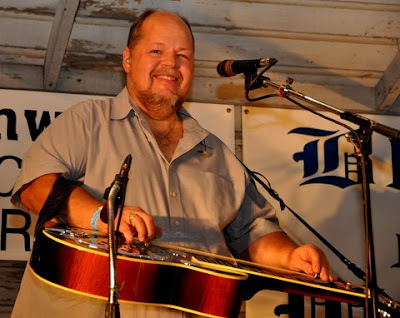 Steve Gulley's voice is always distinctive. Riding down the road with XM/Syrius Bluegrass Junction playing in the background or sitting with my iPod on, his slightly dusky tenor leaps out and demands attention. In songs like “Laura Lie” and “Hard Workin' Man,” and “Sorrow Ain't Far Behind” (written with co-writer and IBMA award winning song writing partner Tim Stafford), Gulley demonstrates his versatility and the deep, soulful emotion with which he imbues each song he sings. On “Sorrow Ain't Far Behind,” a song with strong drive and an up-tempo, he captures the importance of enjoying the in-the-moment qualities of love, because we all know it isn't going to last. As we hear the door slam in the background behind Steve's voice in the Billy Sherrill/Norris Wilson lost love song “The Door,” we hear his heart break, too. Steve's concentration as he sings, often with rivulets of persperation rolling down his face, shows how much real emotion he puts into every song. 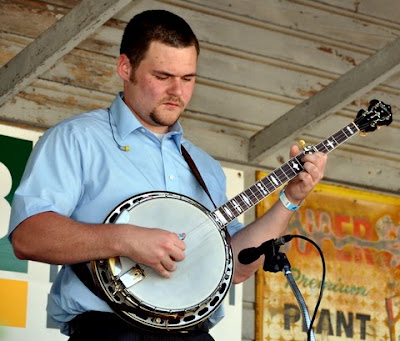 The a capella harmonies with Steve Gulley and Alan Bibey alternating lead on “Salvation of the Lord,” written by Michael Shawn Bartley, are breathtaking. Listening to the two singers weaving a vocal effect by melding their two voices together captures the sense of deep faith each is embued with as well as the effectiveness of their vocal combination. Terry Baucom's guest stint on bass vocal is welcome here. New bass player Dale Perry, added to the band since the recording was finished, will fulfill the need for a strong bass singer in future performances. 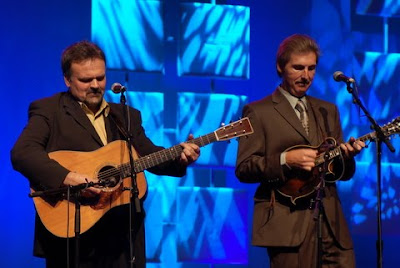 Phil Leadbetter's work on resonator guitar is, as always beyond reproach. Not often spectacular, he nevertheless serves up tasty resonator solos and his rhythm work helps support the bass and mandolin with just right chops and fills. His solo on “Sorrow Ain't Far Behind” is wonderful. His work on “Heartbreak Express” (Buster Turner) sung by Alan is fast, tight, and just right. Leadbetter's style works most effectively because it draws attention to the song rather than the instrument alone, keeping the perspective of the listener in the correct place. In a short solo on Bibey's “The Day Hell Freezes Over” his lower register break puts a bottom under this very good “don't come runnin' back to me,” song. Phil is a master bandsman on an instrument that can too easily become intrusive. In his able hands, it always adds just what's needed to a song. 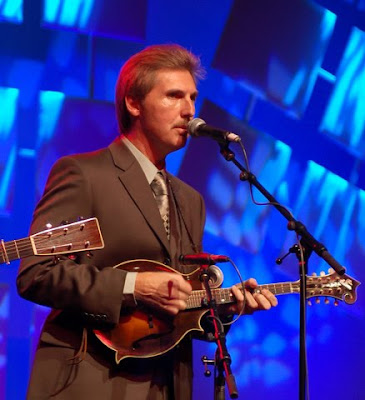 Jason Davis on the banjo continues his very fine work with Grasstowne in this CD. Jason joined Grasstowne when he was only nineteen years old, but even at that age he was an experienced and thoughtful contributer. Perhaps it's the mix or his increasing confidence in his mastery of the instrument, but he doesn't seem to need to allow his banjo to overwhelm in any of these songs. His impeccable rolls support every song with taste and great tone. In every way he embodies Earl Scruggs three banjo essentials – tone, taste, and timing. And perhaps that's what makes this entire effort a standout performance. Grasstowne never moves away from the groove it has found. Travis Greer, on bass and since moved on, provides a sturdy, realiable beat as well as some baritone vocals. Stuart Duncan, hardly a guest on this album since his fiddle is found on eleven of the fourteen tracks, is,nevertheless, listed as one. His work, as always, supports the music and communicates the essence of each song. 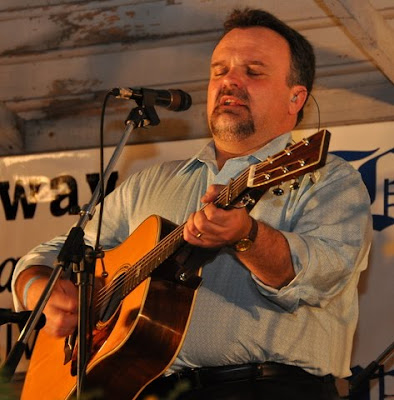 In sum, this sophomore entry by Grasstowne, The Other Side of Towne, serves as a much more than satisfactory successor to their first effort. It's filled with engaging new songs, lots of fine singing, and beyond excellent instrumentals. The band has found a comfortable groove and yet has been successful at extending its reach and range. It has grown into its ambitions and shows every sign of continuing to improve on an already admirable record of achievement, which, for some unknown reason, has continued to go un-noticed in terms of IBMA awards, except for Phil's current nominaton on resonator guitar. The CD is available directly from the band's web site, or all the other usual sources. As usual, I recommend purchasing or downloading the entire recording, as it shows significant planning and thought with no particular song standing alone as “the” single. This is a truly fine recording. 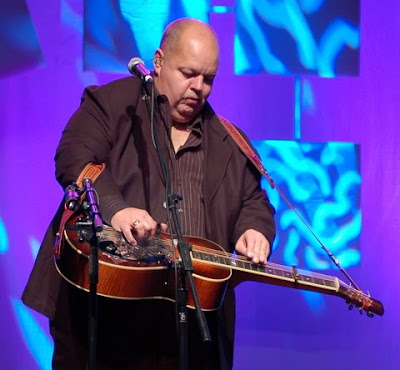