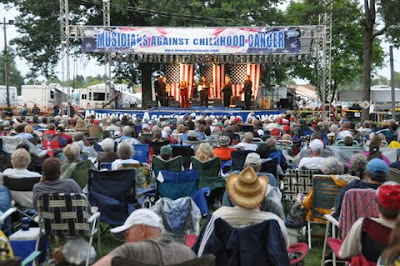 Musicians Against Childhood Cancer (MACC) is a bluegrass festival held in memory of Mandy Adkins, who died of brain stem cancer in November 2000. Darrell Adkins, Mandy's father, who had produced festivals for many years at Frontier Ranch, near Columbus, along with his wife Phyllis, dedicated future events in this series to supporting St. Jude Children's Research Hospital in Memphis, TN, where Mandy had been in treatment.  Presenting perhaps the finest and most varied lineup of any bluegrass festival, The MACC will run this year from Wednesday, July 21 through Saturday, July 24, presenting a full four day program of bluegrass music. Bands performing at MACC work for free in order to help support this worthy cause.  During the ten years as a charitable event, The MACC has raised $530.274.00 for St. Jude and the YMCA.  The festival is held at the Hoover Y-Park in Lockbourne, OH, just south of Columbus. 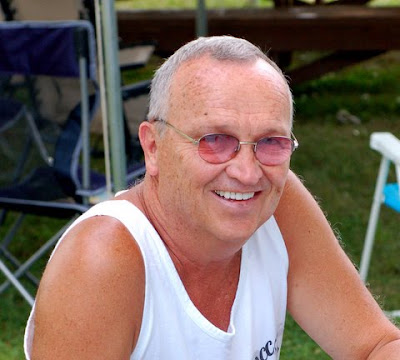 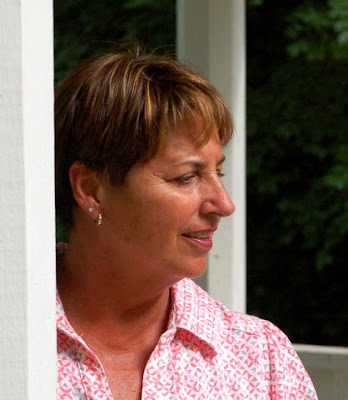 Information about tickets and camping for MACC can be found here.  Remember that all tickets are 90% tax deductible.  The park open for camping on Sunday, July 18 at 8:00 AM and sites are available on a first come, first served basis at a rate of $5.00 per day.  There is a limited number of sites with 20 amp electric hookups.  There are three fields available for camping and there is always room.  There's plenty of jamming at MACC for those interested.  Additional information about camping, motels, and available amenities can be found here.
For 2010, a new stage has been constructed, which will assure that the interruptions posed by rain last year will no longer be as likely, while facilities for performance will be improved for the musicians.  The MACC festival has the best sound to be found anywhere.  Regardless of the distance from your seats to the stage, the sound is clear and sufficiently loud without ever becoming overpowering.  Most of the seating is shaded by tall, majestic trees.  There are plenty of flush toilets.  A dance area is provided for those who enjoy dancing to bluegrass music.  The MACC Children's Band, staffed by professional bluegrass musicians and volunteers, offers three days of instruction in bluegrass music and offers everyone involved an opportunity to perform on stage on Saturday morning.  Selected members of the group will also be seen on stage on Friday and Saturday night.  The festival features a strong variety of food and instrument vendors.  Artist merchandise tables are located to the left of the stage along a paved walk. Because performers work without pay at MACC, your supporting them by purchasing CD's and other merchandise in especially important to them.  A good merchandise sale helps performers defray the significant travel costs they incur.


The MACC Store in Merchandise Row 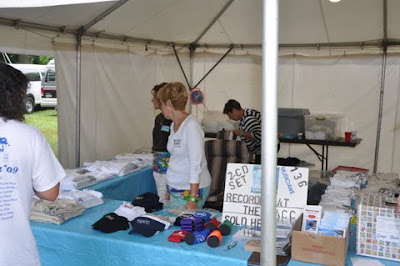 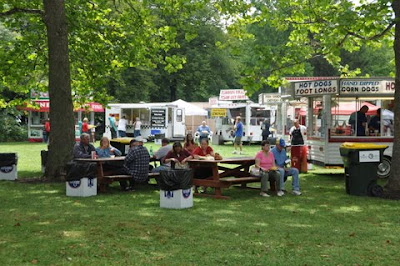 Classic Performances
A signature element of The MACC has been Classic Performances by bluegrass and country music greats on two or three nights of the event.  This year, there will be attractive Classic Performances on Wednesday, Friday, and Saturday evenings to close the day.  Each event is scheduled to begin sometime after 10:00 PM and may continue for quite some time.  In these performances, groups of musicians who do not customarily play together as a touring or recording band perform special selections or create new combinations.  These are always exciting performances.


Music of the Johnson Mountain Boys
The Johnson Mountain Boys, originating in the Washington, D.C. area, were one of the most exciting and energetic bands from the late 1970's until their breakup in 1987.  During their active period, they recorded ten well-received albums, toured widely, and were nominated for numerous awards.  They were a generally traditional band, serving much the same purpose of the Bluegrass Album Band of the same period - preserving the then threatened music of the first generation greats of bluegrass.  Most former members of The Johnson Mountain Boys are still active in bluegrass, and band members have participated in occasional reunion concerts.  At MACC on Wednesday evening two former members of The Johnson Mountain Boys (Dudley Connell on guitar and lead vocals and David McLaughlin playing mandolin and singing) will be joined by fiddle great Michael Cleveland and banjoist Jesse Baker, to recreate the sound and feel of the fabled Johnson Mountain Boys.  As is usually the case with MACC Classic Performances, other musicians from the day's lineup can be expected to show up on stage.
Dudley Connell 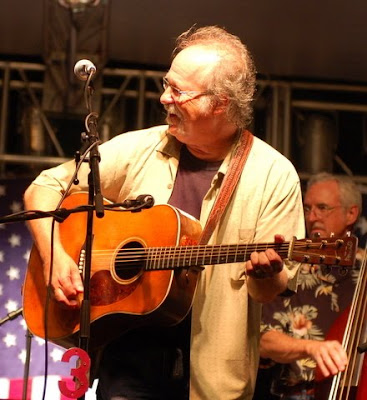 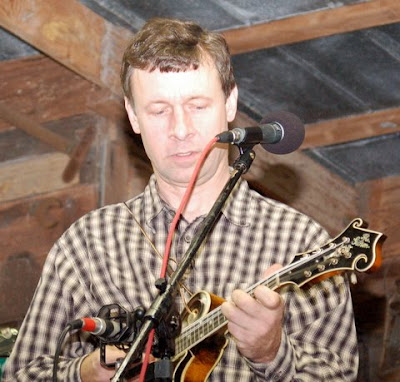 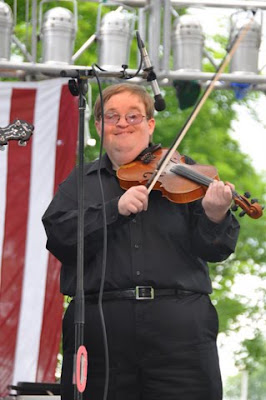 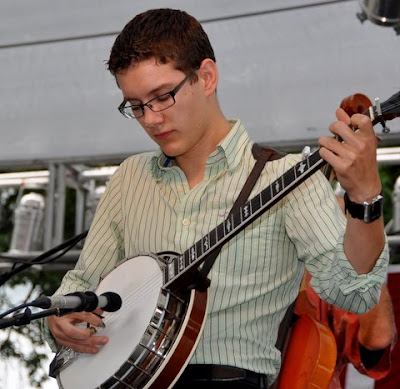 Friday Night
Shawn Camp, one of the most successful song writers in Nashville and a dynamic performer will host the Friday evening Classic Performance along with  Charlie Cushman, one of the finest banjo players around, Mike Bub on bass, busy and versatile Aubrey  Haynie on fiddle, with Chris Henry playing mandolin.  Judging from the list of musicians who will also be playing on Friday, Camp and Company will have a huge list of other musicians to draw from in putting together the cast for Friday evening.  In a phone conversation, Shawn commented he was pleased to be returning to an event he believes in and supports whole-heartedly. 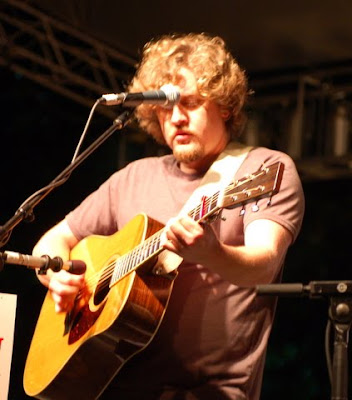 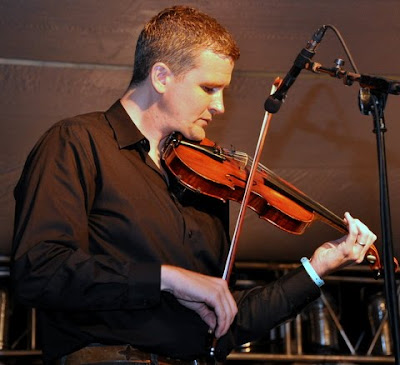 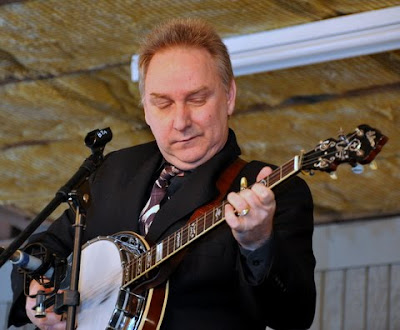 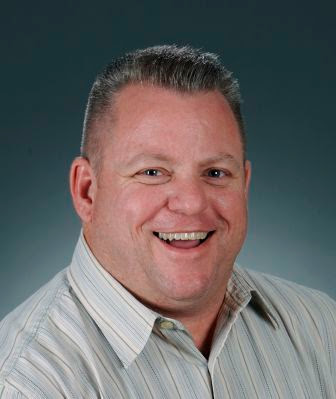 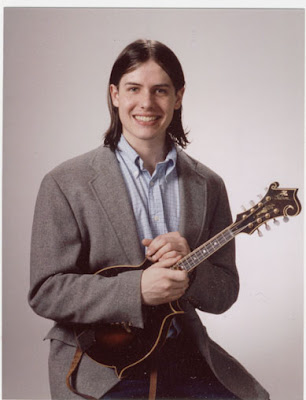 Photo: Murphy Henry
MACC Opry - Saturday Night
A good festival is structured to gain momentum and achieve its height of excitement and musical interest on Saturday night.  The traditional ending to MACC is the MACC Opry, a drawing together of great musicians around the organizing core of three great bluegrass/country song writers.  Carl Jackson, Larry Cordle, and Jerry Salley form the center of Saturday night's MACC Opry.  Built around songs of these three giants and surrounded by other musicians who have performed during the day as well as others who stayed around for the Opry and members of the MACC Children's Band, the grand finale is in the tradition of bluegrass festivals looking back to the first festival held in Fincastle, VA in 1965 and made rare today because the economy of music has forced bands to play two or three dates on a single weekend.  Knowledgeable MACC attendees know to stay right through the MACC Opry for a rousing finish to a great weekend. 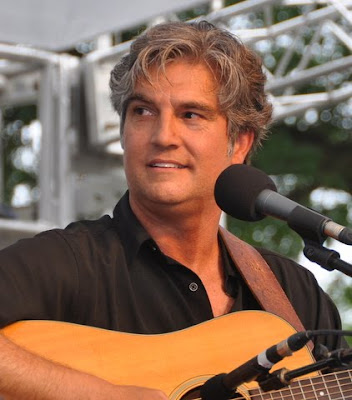 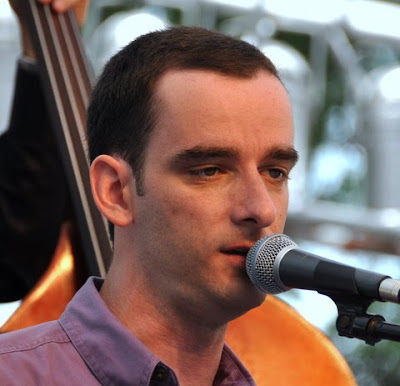 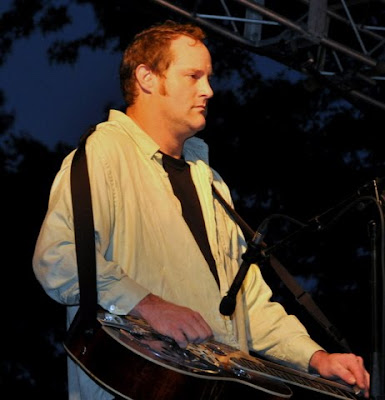 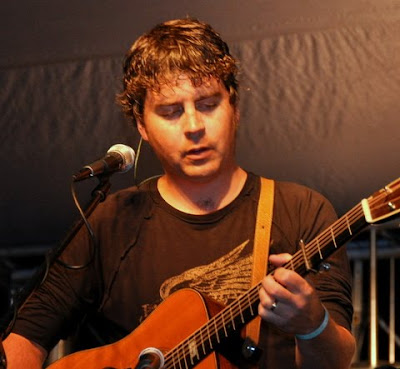 Although not listed in the Classic Performances, Brandon Rickman, lead singer for the Lonesome River Band, will be presenting a set on Friday afternoon from his very good solo album "Young Man, Old Soul."  He tells me his band will be Aubrey Haynie on fiddle, Mike Bub on bass, Rob Ickes on Dobro, and Jason Burleson on banjo.  His vocal backup will consist of Bradley Walker and Jerry Salley.  This should prove to be a an exceedingly attractive set.  If you haven't heard this CD, be sure to attend this set...and then buy the recording.
Debut Bands


Four bands will be appearing at MACC for the first time.  Nothin' Fancy is a veteran band that's been touring successfully for  many years in addition to hosting their own annual festival.  They are noted for their humorous presentation, Mike Andes' singing and song writing, and his very good Charley Waller-like presentation of Country Gentlemen standards.
Nothin' Fancy 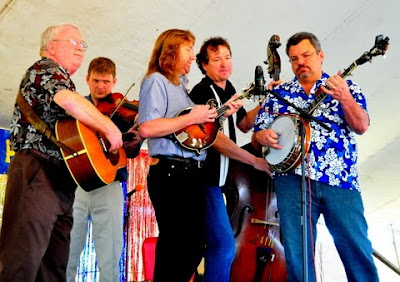 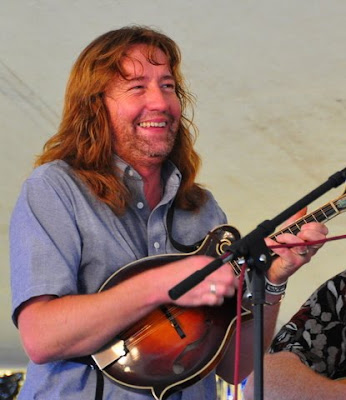 Darin & Brooke Aldridge
With a new self-titled album produced by Jerry Salley rising in the charts, this young duo coming out of a background in bluegrass gospel has added a strong country/bluegrass edge to their very fine work.  Brooke Justice Aldridge's voice is a force of nature blending perfectly with Darin's high tenor, which is very reminiscent of Vince Gill.  This is a band about whom you'll be saying, "I saw them when they were fresh out of the box, and they've only continued to get better."  Don't miss this set, which opens Friday's program. 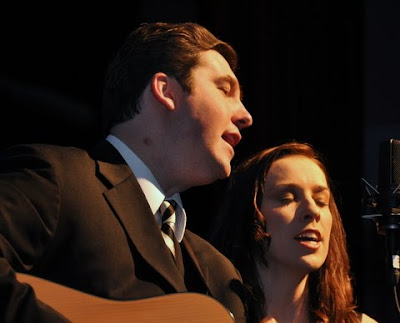 Sierra Hull & Highway 111
At age eighteen and just having finished her freshman year at the prestigious Berkeley School of Music in Boston, this young band leader/mandolin prodigy from Byrdstown, TN has already distinguished herself with her touring band and a successful CD.  She has surrounded herself with young guns Clay Hess, familiar to MACC attendees, on guitar and Cory Walker, from Florida, on banjo.  This is an exciting and enjoyable band.
Clay Hess 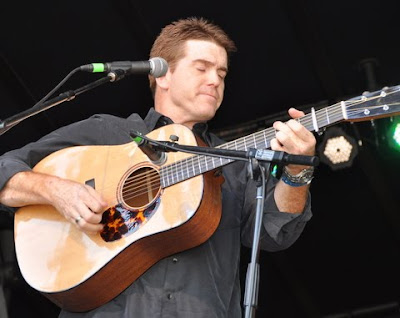 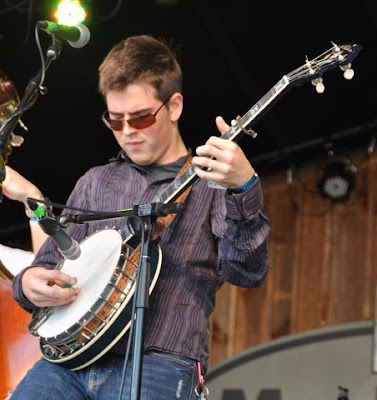 The Snyder Family
Fourteen year old Zeb Snyder and eleven year old Samantha Snyder have been impressing knowledgeable listeners for several years.  Samantha, even at age eight had a clear voice and always knew right where the note was, and she has only improved, her voice complementing her very good fiddle work.  Zeb won his Henderson guitar in a contest a few years ago, and may need to replace it with a larger one soon.  He's comfortable on the stage with some of the best pickers around and can stand with anyone.
Zeb Snyder 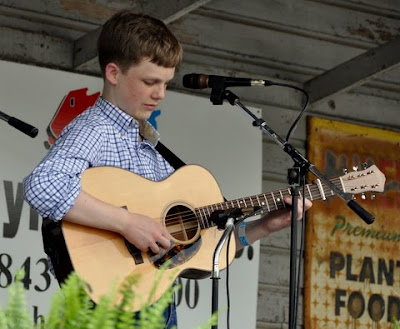 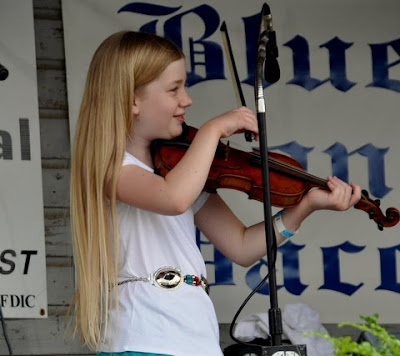 Musicians Against Childhood Cancer
Hoover Y Park - Lockbourne, OH
View Larger Map
The MACC is a special event for all sorts of reasons.  The music is without parallel among bluegrass festivals.  There may be larger and more varied events, but for bluegrass lovers, MACC is pretty near to heaven.  The setting is spacious, shaded, and fan/family friendly.  The sound is the best anywhere.  I'll be doing my best to blog daily from MACC in order to capture the breadth and spirit of this event.  The music starts on July 21st.  Buy your tickets now and assure yourself of a great four days of music.
Posted by Ted Lehmann at 5:15 AM