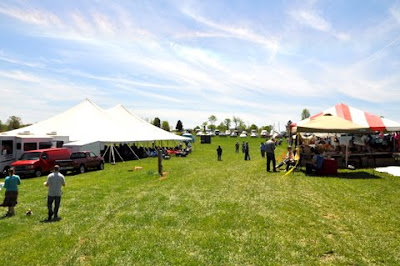 We've spent most of the summer attending large bluegrass festivals where most of the bands appearing have been THE headliner band at other, smaller events.  Such festivals are well-designed to help attendees maximize their entertainment dollar in these difficult economic times.  The two day Coot Williams Bluegrass Festival, running on September 9 - 10 at Coot Williams Road in Cherryville, NC is, however, much more like the kind of smaller festivals that have, since the very beginning, provided the bedrock for bluegrass festivals. It features a couple of well-known national bands and a variety of rising regional and local bands seeking performance opportunities either as an opening to bluegrass careers or performing within their local area to fans and friends who know and like them, and who wish to support their music. Tickets for the two day event are $30 in advance.  Further information can be found here.


John and Linda Hunsucker - Promoters
Promoters John and Linda Hunsucker have placed the pleasant tent and stage only a couple of hundred yards below their home in a natural bowl.  Dry campers can ring the spacious area along a tree line and there's plenty of space for day parkers within a very short walk.  A food shed provides tasty, home-cooked food.prepared by local organizations.  Using their imagination to help enlarge the supply of  local and regional  bands, they are sponsoring a Battle of the Bands event the the Saturday (Sept. 4)  prior to the Coot Williams festival.  First and second place bands at this event will earn slots at the next weekend's Coot Williams Festival.

There will be a Jam and Supper on Thursday evening.  Friday's festivities open at 5:00 PM.  The evening's headliner will be The Darin & Brooke Aldridge Band.  With a CD that has reached the Bluegrass Unlimited charts and two songs in the top thirty list of BU, this band, which is based in Cherryville, has reached national prominence by dint of their talent, hard work, and commitment. 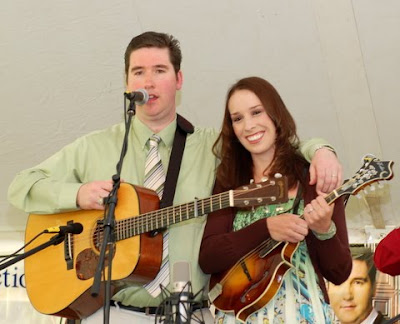 Darin & Brooke's band, with its roots deep in southern gospel, has had a very successful touring season on the bluegrass festival trail, with appearances at Strawberry Park in Connecticut, Gettysburg in Pennsylvania, and Red, White & Bluegrass in North Carolina, among many others this year.  They have appeared in a track-by-track radio program with Kyle Cantrell on Sirius/XM radio.  Their tuneful program, Brooke's stunning voice, Darin's playing, singing, and songwriting, and the band's power have combined to bring audiences to their feet and their name before the public with increasing frequency this year. 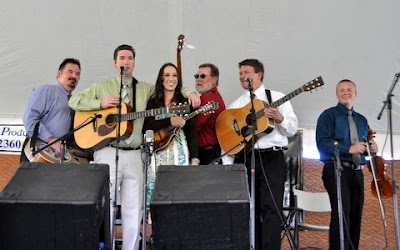 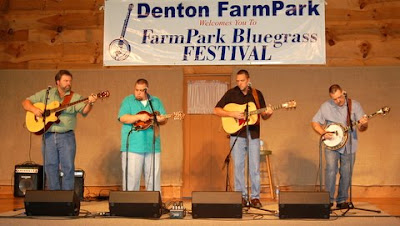 Deeper Shade of Blue is a regional North Carolina Band which also has its feet in gospel and has performed at festivals and concerts throughout the region.  They feature first rate picking and the strong, traditional tenor voice of Troy Pope on lead guitar.  Jim Fraley on banjo and his son Jason on mandolin are strong, as is founding member Brian Hinson on bass.
Jim Fraley 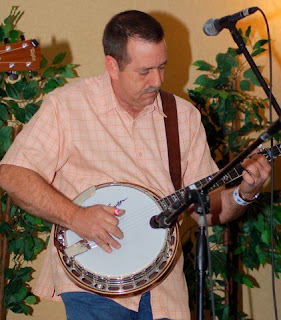 Local band Unspoken Tradition will also appear on Friday.  This band is interesting because its members were all students of Darin Aldridge's and they came together during jam sessions at the legendary Bomb Shelter, a noted local jam site often mentioned in Dr. Tom Bibey's web log and found only by those who know where to look.  The Catawba Valley Youth Band will also play on both days. 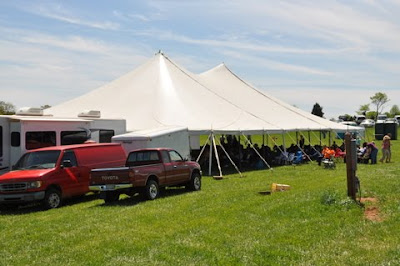 Saturday offers a good variety of touring bands in addition to a strong selection of local offerings. The Goldwing Express, a Branson style show band which has developed a strong fan base despite not receiving air play on bluegrass radio, will feature its blend of family humor, familiar songs, and over-the-top patriotic fervor which puts fans in the seats at festivals everywhere. 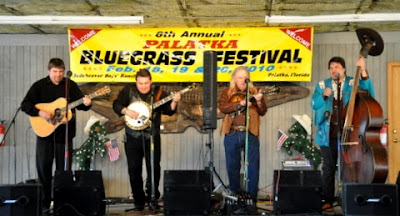 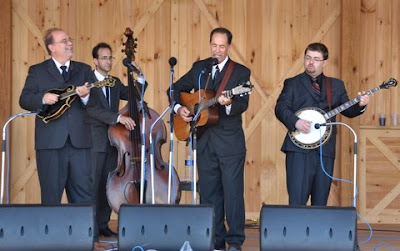 Perhaps the most interesting band to take the stage on Saturday will be Wayne Taylor & Appaloosa.  Taylor retired a couple of years ago from Country Current, and began touring with his current band about eighteen months ago.  The band will be releasing its first CD within the next couple of weeks and will be showcasing at official and after hours events at the upcoming IBMA (International Bluegrass Music Association) meetings in Nashville.  They have appeared to very appreciative audiences at a number of festivals this spring and fall, and their bookings continue to increase.  At Gettysburg they sang a combination of familiar Wayne Taylor songs from his Country Current Days, newer or previously less frequently performed works from his catalog, and a fine bluegrass setting of a Bob Dylan song.  Taylor has one of the finest lead voices in bluegrass and his flat picking is very solid.  The band, featuring mandolin virtuoso Emory Lester and the able, young banjo player Lee Marcus, becomes tighter and stronger with each performance.  Keen Hyatt on bass is strong, too.  This band will be receiving strong responses from festival fans and from CD sales during the coming year.  This small event represents an excellent chance to see and hear them now. 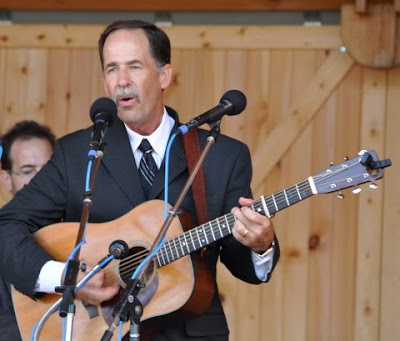 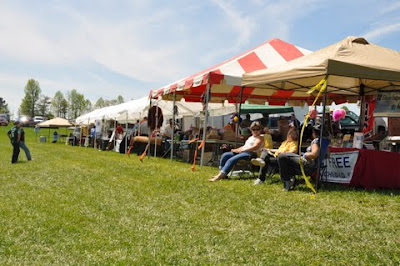 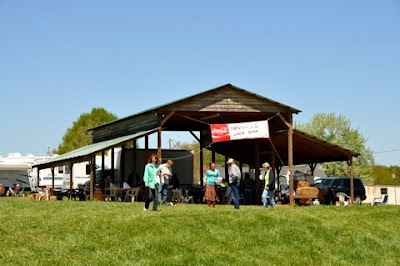 Cane Creek, a busy bluegrass band from South Carolina, will also be appearing on Saturday as will the first place winner of the Labor Day Weekend Battle of the Bands.  The Coot Williams Bluegrass Festival will provide a good transition into the post Labor Day season with its combination of well-known national bands and solid local and regional groups.  Here's how to get there.
Map To Coot Williams Road
View Larger Map

Join promoters John and Linda Hunsucker for a weekend of good bluegrass music.  I look forward to meeting you there.