A Train in Winter by Caroline Moorehead - Book Review 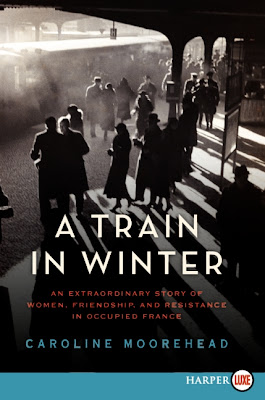 My mother, an American born in Paris in 1911, spent a major portion of her young life living abroad. She went to school in Switzerland while her father, an American impressionist painter, worked in Majorka, and attended the Sorbonne and the University of Berlin during the time she was a graduate student at Columbia in the early 1930's. She spoke French fluently and retained a great love for the French until her death. Nevertheless, she often spoke of the French response to World War II's German occupation of France, claiming that many French people either welcomed or didn't resist the invasion of France in 1940, collaborated willingly with the occupation, particularly in its persecution of French Jews and Jews living in France, and only claimed activity in the French Resistance when the war was nearly over and Germany defeated. Sadly, I often discounted many of her comments. I, myself, have tended to avoid Holocaust literature, believing the story to be too tragic and too distressingly detailed for me to wish to experience it. Caroline Moorehead's A Train in Winter, confirms much of what my mother told me years ago, and, despite its many dark pages, disabuses me of my resistance to reading about this period. Moorehead's important and highly readable book, published by Harper Collins (2011) tells the story of 230 French women who fought in the resistance, were imprisoned in France, shipped to the Birkenau Camp at Auschwitz, and the 49 who survived the war to return home.

The German army marched into Paris on June 14, 1940 eliminating, for them, the disgrace suffered when the armistice had been signed twenty-two years before.  They quickly placed French military hero of WW I Marshall Petain at the head of the collaborationist Vichy government and began a rule disguised as honorable and benign.  Many French people, probably a majority, either willingly collaborated or turned their backs on the humiliating defeat they had been handed, preferring to seek to maintain comfort and stability while denying their culpability. Motivated by a shared antisemitism and anti-communism, they willingly collaborated with the German invader. Meanwhile, a small group of French patriots, many communists, others intellectuals and still others small shopkeepers, farmers, workers, and people from all walks and stations of life began to resist.  When the first German soldier was assassinated, the Germans determined to exact revenge by executing dozens and later hundreds of French citizens for each German killed or train derailed. 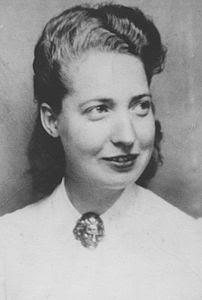 During the next two years, as the Germans looted the country, food became increasingly scarce, and the German occupation more viciously vindictive, the Resistance began to operate. Among their activities were disrupting the rail system by derailing trains, assassinating German officers, developing a network to help refugees escape to Spain or Switzerland, and engaging in a range of highly annoying activities to disrupt the occupation. Many of the Resistance members were former trade unionists and intellectuals who developed and maintained a number of newspapers and journals attacking the occupation. They counterfeited passports and identification papers to assist people seeking to escape. The French police developed a highly effective counter-espionage system to seek out and destroy the Resistance with funds and leadership provided by the Nazis. Captured resisters were imprisoned, tortured, and executed in retaliation for successful resistance operations. Assassinations were met with executions of French citizens, sometimes at the rate of 100 to 1. Gradually, French people were being shipped to Germany to work as slave laborers in the German arms industry or to the death camps. The first half of the book details these activities while introducing and describing many of the women who are followed more closely in the the second half.

Moorehead writes of the imprisoned women, "All across the women's section, in the dormitories, on the staircase, in the courtyard, other friendships were born and grew, women separated by age, schooling, class and profession drawn into patterns of affection and understanding by shared stories and similar losses.  Grieving for their executed husbands, missing their children, fearful for their families, they talked, for there was not much else to do; and, as they talked, they felt stronger and better able to cope. Already they were conscious that the nature of women's close friendships, would shield them in the weeks to come, and that the men, on the other side of the fort were often not bound to each other by similar ties." (159) The prison experience would serve to help the women soon to be shipped to Germany to forge ties that would serve them well as they sought to survive the camps. On the cold morning of January 24, 1943, two hundred thirty women were put into four cattle cars in a rail siding called the “platform of deportees.” Over 1400 men had previously been put aboard separate cars. After three days of being locked in the train, the women debarked onto a vast snowy plain and trudged to their new home, Birkenau, a division of Auschwitz, the concentration/death camp in south-eastern Poland occupied by the Germans. This would be the new home from which most would never leave alive. 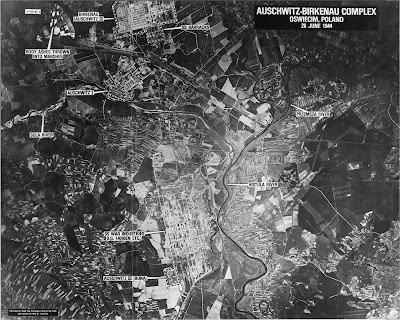 Part II of A Train in Winter details the lives and deaths of these women brought to Auschwitz in Convoi 31, 000. The 230 women this book focuses upon were brought to the camps to provide slave labor. They were subjected to unspeakable conditions of cold, starvation, filth, disease, and torture. Jews and those who could not work were transported to the ovens where they quickly became part of Hitler's “final solution.” Many of the women came with skills: there were doctors, nurses, secretaries, typists, and clerks needed to work in the vast bureaucracy underpinning the death camps. While their living conditions were no better than others, perhaps their working conditions were, until they could bear it no longer. They soon realized that only by watching out for each other, sharing whatever food and cover they could find, hiding those marked for extermination, and providing warmth by huddling together could they subsist at all. They found that the elderly and young among them died first, while those in their twenties, thirties, and forties had more fortitude and personal resources to survive. It cannot be said that they thrived in any way, but many were able to continue resisting in small ways, singing the Marseillaise as a sign of solidarity and resistance, trying to sabotage the system and undercutting German authority despite certain beatings and torture helped them maintain some level of morale.

“Their own particular skills as women, caring for others and being practical, made them, they told themselves, less vulnerable than men to harsh conditions and despair. Adaptability was crucial, resignation fatal....They did their best to stay clean, to wash their faces in the snow or icy brooks, believing that it made them both healthier and more dignified. And they wanted, passionately, to live, to survive the war, and to describe to the world exactly what they had been through and what they had witnessed.” (220) The women had little news from the outside, but gradually became aware that there had been an invasion, and, as conditions worsened, liberation was headed their way from the east as the Russians advanced. Those who survived often were just lucky, as the Germans ramped up the extermination efforts seeking to disguise the horrors of the camps before either the Russians or the Americans arrived. By April of 1944, however, the liberation began and the conditions within the camps began to become known around the world. Forty-nine of the 230 women who were on the train returned alive to France. Of these, seven were still alive when Caroline Moorehead began her research for this book, and she was able to interview four of them. Other materials concerning these women was provided by their families and from other written records. 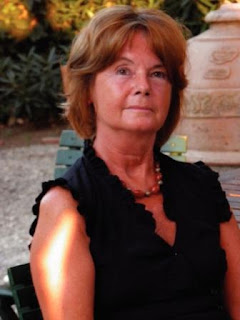 Caroline Moorehead is a British writer who has specialized in human rights and biography. As a biographer she has published six books. In addition, she has written about pacifists and terrorism, as well as publishing widely in literary periodicals. She is a member of The Royal Society of Literature and was named a member of the Order of the British Empire (OBE) in 2005 for services to literature. A Train in Winter allows her to combine her skills in an important and moving work. The book is sometimes harrowing and at others genuinely frightening as it explores the depths to which humans can sink in their treatment of others. It also depicts the inspiring heights to which people can rise in their resistance to tyranny and torture. Ultimately, the book is more inspirational and life-affirming than depressing and, thus, becomes both an important and a thought provoking read as well as a serious contribution to the literature of the holocaust. These 230 women rise to almost unimaginable heights to support each other and live to tell their story. A Train inWinter by Caroline Moorehead is published by Harper Collins (2011) and is available from all the usual sources. The book was supplied to me by the publisher through TLC Book Tours.