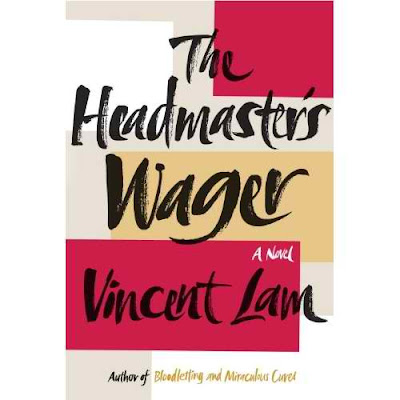 Vincent Lam, a Canadian physician who is part of the Chinese expatriate community living in Canada, has written a luminous, harrowing, and totally satisfying novel about the life of a Chinese resident in Vietnam during the Viet Nam war. The Headmaster's Wager (Hogarth, Division of Random House, 2012, $25.00, 423 pages) details the story of Chen Pie Sou (Percival Chen), the headmaster of the Percival Chen English Academy through the period of the Vietnam war in the mid-1960's through the early seventies, with frequent flashbacks to China and earlier periods of Japanese and French occupation of Vietnam. Told in third person narrative from Chen's point of view, the novel details the highs and lows of his life as he seeks to prosper in a society in which he remains the “other,” an alien setting himself apart through both his arrogance and his foolishness. The story of Vietnam has been told to seldom in a form which humanizes it. As The Headmaster's Wager unfolds, the reader is treated a nuanced understanding of the cultural and political forces tearing Vietnam apart within the self-imposed tragedy of this foolish and self-delusional man. The writing is superb, as Lam builds a portrait of a society, the story of a doomed love, and the tragedy of a country torn apart by all who would possess it.

Inheriting Chen Hap Sing, a rice warehouse, from his father when he moved from his native China to Cholon, a Chinese suburb of Saigon, Chen had changed it to the Percival Chen English Academy, during the Japanese occupation of World War II. With the help of the always elusive Mr. Mak, also from China but born in Vietnam, the school succeeds by providing translation services to the various groups whose interests in Vietnam race across the political map. With Mr. Mak's loyal assistance, Chen's school becomes an integral part of the effort to provide able English teachers to the American military and CIA as it becomes increasingly important after the removal of the French colonialists.

His school prospers despite Chen's many personal weaknesses, mostly because of the astute management of Mak and the loyalty of some of his other employees. Nevertheless, Chen has appetites for women and gambling, which often place him in both political and financial jeopardy. His self-identification is always as Chinese, seeing himself and his ethnicity as being superior to the Vietnamese, among whom he lives. As the political situation in South Vietnam deteriorates, Chen seeks to remain removed from the fray, always maintaining that he's not at all political, merely a businessman and that business knows no politics. Meanwhile, he finds himself deeply in debt and must win an exciting and dangerous mah jong game to pay his debts. As events unfold, the tension grows and becomes increasingly harrowing. While the novel includes significant instances of violence and sexuality, they always serve to forward the story, keeping it moving and interesting. The personal interactions between between the many characters and factions who people the book capture the reader's imagination while providing insights into the rapidly changing world of Vietnam in the 1960's and 70's. Throughout encounters with the Vietnamese society, Chen remains both apart and of the culture, opening a way to view it with some objectivity. 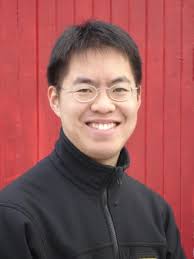 In The Headmaster's Wager Vincent Lam has provided us with a novel of unusual beauty within a poltical thriller. He uses an historical time and place to weave a story of love, loyalty, danger, and risk. Lam is a writer worth looking for and experiencing. The book is published by Hogarth, a division of Random House (2012, 423 Pages) It retails for $25.00 and is available from all the usual sources. It was provided to me by TLC Book Tours.