Linthead Stomp: The Creation of Country Music in the Piedmont South by Patrick Huber - Book Review 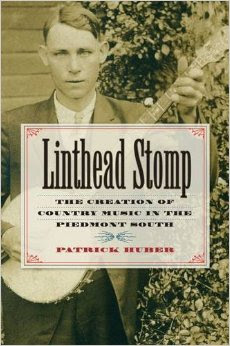 Linthead Stomp: The Creation of Country Music in the Piedmont South by Patrick Huber (University of North Carolina Press, 2008, 440 pages, $35.99/19.99) tells the story of how workers in cotton mills and other industrial settings in the Piedmont were essential to the development of what we know as country and bluegrass music just after World War II. Focusing on the lives of four seminal mill hands during the 1920's and 1930's, Linthead Stomp argues persuasively that without the intermediary insertion of the factory experience, country and bluegrass music could not have developed. The legend says that the music grew and developed on the back porches and parlors of farms in the mountains of Appalachia. This myth has been ably reinforced by the heavy emphasis upon the Carter Family and Jimmie Rodgers important recordings during the 1927 Bristol sessions held by Ralph Peer of the Victor Recording Company, whose newspaper advertisements invited country musicians to come make recordings, many of which soon became "Hillbilly" hits. This book emphasizes that Peer also made field recordings at sessions in the Piedmont regions of North  Carolina, Georgia, and Alabama in Charlotte, Atlanta, and Birmingham which featured many old-time musicians whose skills had been developed in the environment of the mill villages surrounding textile mills in that region.

In his priceless introduction, Huber develops the ideas surrounding the upwelling of musical expression in which men and women migrating to the industrializing South after post Civil War reconstruction were housed in mill villages, employed in the menial drudgery of factory work, and paid near starvation wages which were still better than what the way they were able to live on their subsistence farms back in the mountains and on marginal farms. These workers were exposed to a range of musical influences previously unavailable to them which included radio, vaudeville, minstrel shows, and African-American Piedmont blues, jazz, and the popular music of Tin Pan Alley. Even in the rigidly segregated society of this time, the songs of Appalachia, many handed down for generations from their English, Scottish, and Irish origins, were able to merge and be influenced by a broad cultural mix. Many of the mills provided educational programs, particularly in home-making skills, athletics, and music, which served to provide recreation for the mill hands, largely in order to forestall labor unrest and discourage organized labor from becoming influential in the South during the post WW I era. The availability of cheap, factory made instruments was also crucial in this development. Using four emergent musicians as representatives of this influence, Huber concentrates on biographical portraits of Fiddlin' John Carson, Charlie Poole, Dave McCarn, and Dorsey Dixon, each of whose contributions were significant while representing different strains that found their voice as country music and its offshoot, bluegrass, developed and dominated.

Fiddlin John Carson (1868 - 1949) was an old-time country fiddler who portrayed himself as a Hillbilly from the north Georgia mountain environment of moonshine liquor was born in Fannin County on the Tennessee border, lived most of his life in and around Atlanta, where he worked in a succession of cotton mills in the late nineteenth and early twentieth centuries. He performed in and around Atlanta, at regional and national fiddler's conventions, at political and KKK rallies. His song "Little Mary Phagan" so inflamed protesters that a Jewish manager was wrongfully convicted of murder. Later in his life, he became a strong supporter of Governor Herman Talmadge, often playing at his election rallies. Huber discusses at some length whether Carson was simply a vicious racist or, a more nuanced view, an opportunistic music professional who played where he could make money, i.e. a union rally supporting a black worker and wherever else he and his daughter and touring partner Rosa Lee Carson (Moonshine Kate) could get work.

Charlie Poole (1892 - 1931) spent most of his short, alcohol soaked life seeking to avoid working in the cotton mills. Born in the northern Piedmont of North Carolina near Eden, Poole lived most of his life in the mill village of Spray, now incorporated into Eden. Poole recorded and traveled with the aptly named North Carolina Ramblers. Sammy Shelor once told me that his grandfather had had a mill, and "where there was a mill, there was a still, and where there was a still, Charlie Poole could often be found." Poole taught Shelor's grandfather to play the banjo, and Sammy learned from him. Poole was strongly influenced early ragtime banjo player Fred van Eps who experimented with an early three finger style. Though frequently drunk and often in jail, Poole, as a performer was a disciplined student of music who always performed in a suit and tie with his trio. The revolutionary three finger rolling style made famous by Earl Scruggs (a later refugee from the textile mills) can be directly traced to Poole's work and recordings.

Dave McCarn (1905 -  1964) was born in a mill town, lived in them almost all his life, which appears to have been a lifelong effort to escape work of any kind, mostly by escaping into drink. He spent a good deal of time in jail, mostly as a result of wife beating. Though McCarn only made twelve recordings during his life, he is credited with writing what were essentially protest songs about the working conditions in the mills. His best known song "Cotton Mill Colic" has been recorded by Pete Seeger, Mike Seeger, and Joe Glazer as well as the Blue Sky Boys. McCarn wrote catchy, lyrics sung playing a bouncy style, folk guitar.

Dorsey Dixon (1897 - 1968) came to singing and song writing out of a Pentacostal Free Will Baptist conviction that his songs would provide spiritual relief and lead to the salvation of souls. He was a deeply convinced, practicing believer all his life. Born in the mill village of Darlington, SC he began working at age twelve, and despite poor health exacerbated by the working conditions in the mills, worked in them until his retirement. He recorded about sixty sides with his brother Howard and several with his wife Beatrice. He was, perhaps, as well known as a poet, writing poems of support for people who had suffered great losses. These were often published in newspapers and translated into songs. He also wrote some songs and poems about life in the mills, but was frightened that those songs would be seen by mill management as being critical and of supporting unions, which may have led to much of the depression that plagued his life. His best know song was "Wreck on the Highway" also known as "I Didn't Hear Nobody Pray," which has been widely recorded by the likes of The Louvin Brothrs, Roy Acuff, and the Nitty Gritty Dirt Band. After a lengthy copyright battle, Dixon subsisted at least partially on the royalties from this song for the rest of his quiet but eventful life. Late in life he was rediscovered during the folk craze and appeared at the Newport Folk Festival.

The Dixon Brothers - I Didn't Hear Nobody Pray 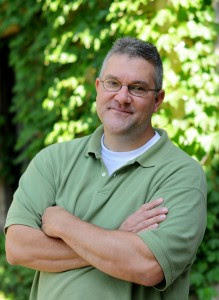 Patrick J. Huber is a professor of History & Political Science at Missouri University of Science & Technology in Rolla, Missouri. He has written widely about old-time and country music during twenties and thirties as well as about the hidden presence of African American musicians in it. He has recently been awarded a Deems Taylor/Virgil Thomson Award for his essay on African American contributions to the creation of hillbilly music through a grant from ASCAP. In addition to his research in country music prior to World War II, Huber’s research interests include the American South, popular music, working-class culture and race relations.

Linthead Stomp: The Creation of Country Music in the Piedmont South by Patrick Huber (University of North Carolina Press, 2008, 440 pages, $35.99/19.99) provides a comprehensive view of the lives and problems of living in the industrial Piedmont region during the period from 1920 - 1940 with an emphasis on four musicians whose lives as musicians were formed in and dependent upon the mill system that developed as the South became industrialized after Reconstruction. The book is an unusual piece of scholarly research in that it is also exceptionally readable as well as being very well annotated. My reading of this book was much enriched by the availability of the artists' work through audio streaming on Spotify and YouTube searches. The descriptions take on a new life when actually heard within the contexts of the artists' performances. I read the book in hardcover version supplied by Dartmouth College on Inter Library Loan from the Keene (NH) Public Library.
Posted by Ted Lehmann at 9:00 AM