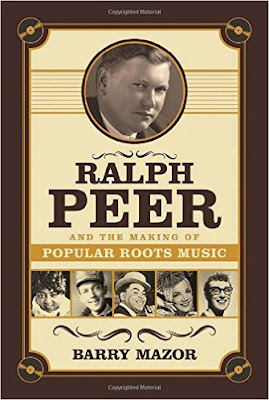 Ralph Peer and the Making of Popular Roots Music by Barry Mazor (Chicago Review Press, 2014, 340 Pages, $13.49/28.96) is a must read title for anyone interested in the development and popularization of roots music, not only from the U.S. but from Latin America, too. Peer is justly renowned for his early recording and popularization of the Carter Family and Jimmie Rodgers. His larger influence on the development of popular music based on roots source material, his vision of how to develop and import international music, and the long lasting nature of his influence are much less well known. In journalist Barry Mazor's carefully researched authorized biography, Peer emerges as a prototype of a certain kind of mid-twentieth century American entrepreneur who was able to make a substantial fortune, build a lasting influence, and live his life with dignity, honesty, and honor. To achieve such a life and reputation in the cut-throat environment of the recording and publishing industry is quite a trick. Mazor presents the story in well-crafted prose that never becomes stilted or pedantic, despite his scholarly approach to the subject matter. Ralph Peer belongs in the library of any student of twentieth century American music.

Ralph Sylvester Peer was born in independence, Missouri in 1892. His father had a small store selling sewing machines, where Peer worked as a youth. As phonographs developed in the early twentieth century, it made sense that Abram Peer would add them to his product line. Thus, Peer grew up in a technological environment where he learned to tinker with phonographs. From early in his life he was viewed as technologically inclined, spending his spare time tinkering and, and as a hobby gardening, which would later become an important element in his life, too. He went to work for the Columbia Phonograph Company, supplying phonograph shops with parts to repair their product. The need for product to feed the hunger of phonograph owners for product for listening led him, perhaps inevitably, to recording and quickly into finding and developing artists to record and markets for phonographs in under-served communities. This led to Peer's lifetime in the record industry, first as an A & R (Artists and Repertoire) man and soon as a music publisher, where he spent the remainder of his long and eventful career. Peer died in 1960. 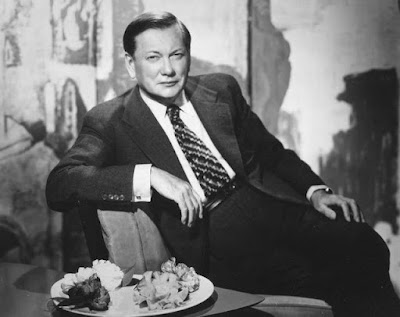 The foundation of Peer's recording fame lies in the well-known Bristol Sessions held in July and August of 1927 during which supervised the recording of local music by a number of artists including the Carter Family, Jimmy Rodgers, The Stonemans, and several gospel groups among others. Now called the “Big Bang” of country music in America, the Bristol sessions set in motion the development of local and regional performers, originally sought out to bolster local record sales, into national acts that would find a larger market. Along the way, Peer signed many of these same artists to personal publishing contracts under a separate company he formed called Southern Music, specializing initially in hillbilly and race records, in which he accumulated and distributed royalties to the performers, keeping a substantial and ethical portion for himself. For company internal political and economic reasons, Peer separated himself from direct employment with RCA, largely because he was personally making so much money. Southern Music was later sold back to Peer and was eventually renamed Peer Southern and is now known as peermusic, typically rendered in lower case letters.

Less well known is that Peer had first recorded early old-time musicians in the Southern Piedmont and New York from the early twenties onward. In 1922, Mamie  Smith was the first black artist specifically recorded to appeal to an African-American audience. Fiddlin John Carson and Charlie Poole were among the now seminal artists also recorded. Peers great gift was to see the appeal such artists, and the many more he recognized and recorded through the next decade or so, could have beyond local and regional appeal. He saw the synergies that could be achieved by matching these artists with different combinations of back-up instrumentation to reach out to broader audiences. At the beginning of their recording careers, dozens, perhaps hundreds, of artists signed publishing contracts with Ralph Peer, who managed the recording of their material by insisting on hiring performers who were also writers and whose work could be copyrighted under the Southern imprint.

An integral part of this book is the central role of Ralph Sylvester Peer in developing, incorporating, and exploiting the ever widening opportunities in commercial, popular music. Finding black jazz performers to back roots artists, for instance, opened up separate markets for the same performances. Signing Bill Monroe, whose music Mazor describes as, “a dynamic musical conversation between the traditional and the very up-to-date.” marked another seminal moment. Such an argument suggests Monroe's own commitment to finding and making these very same connections in his own music and expecting others to continue to do so. Mazor's chapter on the founding of BMI as a rival for the Broadway oriented ASCAP catalog that excluded hillbilly, race, and country music from mainstream recording is the best capsule account of this highly competitive period I've read. I've yet to find the narrower account of the story of the rivalry between these two performers rights organizations. Peer's influence spread to importing Latin American music to the U.S. during the thirties and forties, his work with Walt Disney and MGM in film scores, and much more. Peer deserves to be more widely known and understood. Barry Mazor's book helps accomplish this goal. A list of the artists signed by Peer to Peer Southern contracts, many still widely known and appreciated, would fill several pages if included in this review. 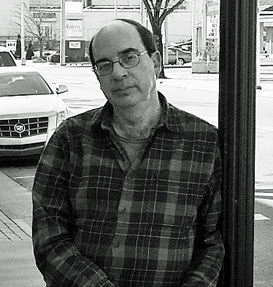 Barry Mazor is a longtime music, media, and business journalist and the author of Meeting Jimmie Rodgers, winner of Belmont University's Best Book on Country Music award. He has written regularly for the Wall Street Journal and No Depression magazine; his writing has also appeared in the Oxford American, the Washington Post, the Village Voice, Nashville Scene, American Songwriter, and the Journal of Country Music. (Author Profile from Chicago Review Press)

More than fifty years after his death, Ralph Peer's work still plays an important role in the publication and performance of music, not only in America, but around the world. Even in pursuing his hobby of collecting and cultivating camellias, Peer, because of his thoroughness and gentlemanly demeanor, became known worldwide as he avidly sought out and distributed new and lovely varieties of this beautiful plant. His cultivation of camellias can stand as a metaphor for his cultivation of people and music. In his book Ralph Peer and the Making of Popular Roots Music (Chicago Review Press, 2014, 340 Pages, $13.49/28.96) Barry Mazor has presented a portrait of the best kind of American businessman – ethical, honest, true to his calling, wildly successful, and still admired. Peer Southern, still largely a family business, continues to be influential and widely admired. Spending time with this fascinating and influential pioneer in the development of popular music has indeed been a treat. I bought this book in an electronic format and read it on my Kindle app.
Posted by Ted Lehmann at 9:45 AM