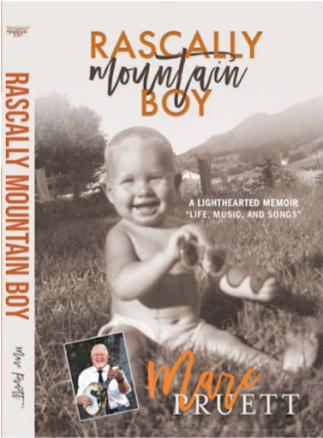 Nostalgia means looking back at earlier times through the gauzy haze of many years, making much that happened in the past preferable to today’s sometimes awful reality. “Remember when the times were so much better than they are now,” remains a constant lament of the mildly to wildly unhappy living in today’s complex, challenged world. Nostalgia, however, can also serve as an appreciation of the events, behavior, and circumstances from the past serving to form the views and understandings through which  individuals see the world, forming their own values and behavior. Memories mix with character- building and appreciation of today to form what, for want of better words, forms our life experience. It’s within this context that musician Marc Pruett has written Rascally Mountain Boy - A Lighthearted Memoir (Life, Music, Songs), a delightful collection of stories, memories, and reminiscences from his childhood, touring career as a well-regarded banjo player, and triumphs with major bands. In short, well-written, charming, and insightful glimpses at life and living, Marc Pruett offers a book filled with warmth, reminiscence, memories of many bluegrass greats, and wisdom in a book built for people who enjoy reading in small bites.

Part I of Rascally Mountain Boys contains stories from Marc Pruett's childhood memories and experiences, told in a folksy, friendly, and winning manner drawing the reader into the world of mid-twentieth century rural North Carolina. He then turns to engaging stories from his long and successful career as a professional banjo player, including fronting his own band. Marc’s description of how Jimmie Martin broke him in as a young banjo player, molding his delivery to match what Martin was looking for from the banjo is the best Martin profile I’ve ever read. It adds dimension to my understanding of Martin as a performer and a leader as well as showing how a young banjo player learned his trade in those days. Part II consists of stories built around songs finding memories of real life events evoked from songs in his own life. Finally, he looks at songs he himself has written, showing how the meaning of each reflects incidents in his life and values he holds dear as well as the song-writing process itself.

Marc Pruett was born and grew up in Haywood County, North Carolina, an area dominated by the Smoky Mountain National Park, small towns, the paper industry, and bluegrass music. Born in 1951, he was nurtured in rural living, growing up in an idyllic rural environment where it was safe for young boys to explore, test themselves, and get into more than a little mischief. His professional career started when he was fifteen years old, and soon he began reaching further afield to play with the bluegrass greats of the sixties and seventies, bands like Jimmy Martin’s, James Monroe, and Ricky Skaggs, where he earned a Grammy Award for his participation in the album Bluegrass Rules, one of the five albums he played on while with Skaggs. As is true of many musicians, he also had another career, working in local and regional government in environmental areas. (Marc Pruett Interview by Wayne Peeler) In recent years, Marc received an Honorary Doctorate from Western Carolina University for his contributions to bluegrass music and regional culture. For more than a decade has played with Balsam Range, which began in the Ashville, NC area, founded in 2007, and has risen to national acclaim, twice winning the IBMA Entertainer of the Year Award as well as wider recognition. (https://en.wikipedia.org/wiki/Balsam_Range)

Rascally Mountain Boy by Marc Pruett is a delightful book, perfect for light reading and dipping into when time for concentration is not needed. It successfully captures rural America in the mid-twentieth century, celebrating the simplicity and values of that era. Readers will find evocative memories as well as keen insight into the period and life of growing, rambunctious boys. It also reveals how a regional. Appalachian folk music grew into a national voice for rural life not available to everyone. I highly recommend it. You can purchase a copy through the Balsam Range Website. 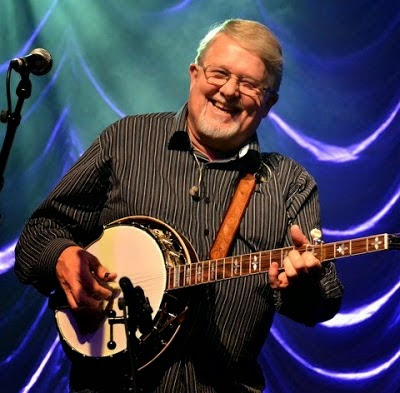