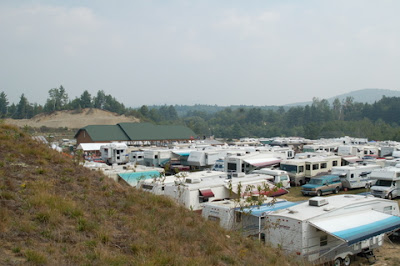 The Upper Hudson Bluegrass Festival held its fourth annual event on the grounds of the Ski Bowl Park in North Creek, NY from August 24 - 26 this year. We attended the Saturday session. The grounds are quite appropriate for a festival with plenty of space for RVers as well as a covered pavilion providing shade, flush toilets (a happy addition to any festival), and room for plenty of day parking. Promoter Rusty Leigh drew together two national touring bands as well as a solid assortment of local and regional bands, highlighted by Jr. Barber and brother-sister 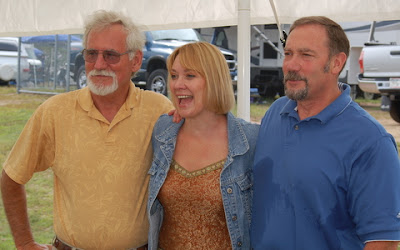 duo Julie Hogan and Tom Venne. Barber, a master Dobro player adds depth to the solid harmonies and instrumental work of Venne and Hogan who sang and played their own work as well as classic country and bluegrass covers. This band, known at Beartracks is always entertaining and energetic.
Beartracks on Stage 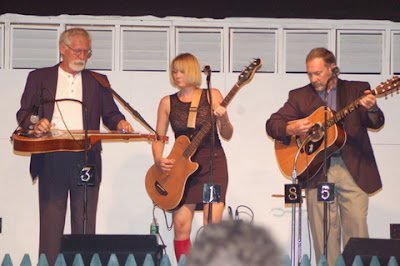 Smokey Greene, who, over fifty years has become an institution at New York and New England as well as Florida festivals is making noises about retiring, but it's difficult to imagine this seventy-seven year old trooper not being on stage singing his own humorous and serious compostions as well as tributes to Ernest Tubbs and other country artists. 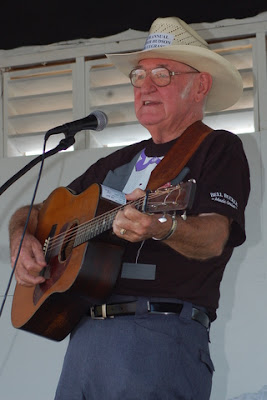 Gold Wing Express was one of the two featured touring bands. This band, which makes its permanent home in Branson, MO has not been one of my favorites, but yesterday I found myself really getting into their comedy and their instrumental work is generally quite good, although father Bob Baldridge is only a mediocre mandolin player. The interplay and affectionate banter between the curly haired blonde father and his three Indian sons is amusing and usually a crowd favorite. Their first set was interrupted by a booming thunderstorm, which they endured good naturedly, and their second set, under a clear sky, was more than well received. Our friend Connie loved them. This group has come up with an interesting way of marketing their merchandise. They invite people to come to tour their bus and "shake and howdy" as well as buy merchandise on the bus. They comment that many people have asked about travelling in they bust, so they want fans to see what it's like. It's pretty hard to go into someone's home for a tour without then purchasing at least a CD. 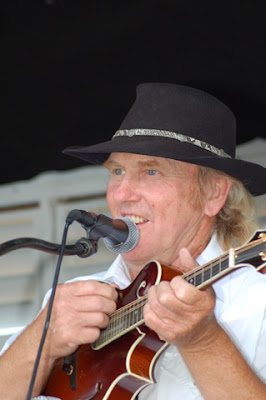 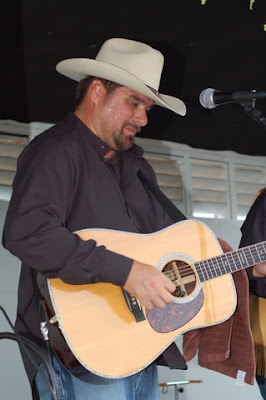 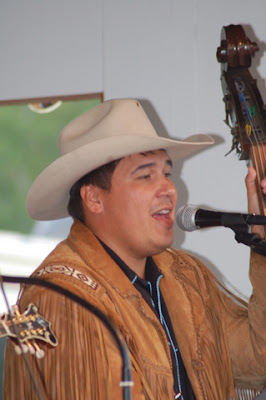 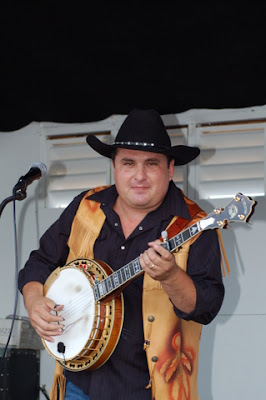 The Gibson Brothers, viewed as a local band by many Adironackers even though their national reputation is growing exponentially, drew everyone to the performance venue and provided one of their best sets this year. Junior Barber had been a member of this band in their early years and sat in with them for a good portion of their evening set. The Gibsons are headed for the studio to record a new CD this autumn and have been previewing new material as well as playing their performing music their fans know and love. "Tennessee Blues" offers mandolinist Rick Hayes an opportunity to shine using a new mandolin he has built. Hayes has improved measurably in the past three years and does a fine job on this tune as well as his regular play with the band. Members of this band are never satisfied with their work and continue to work to improve an already fine product with each performance. They have played on both coasts as well as in the midwest this year and will be appearing at several Florida festivals this winter. They're well worth making an effort to see. 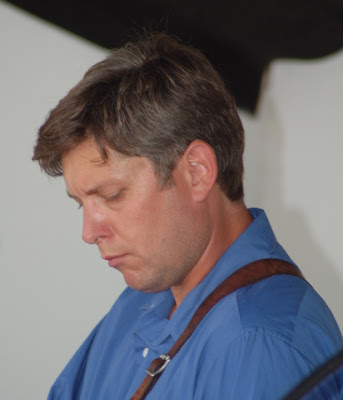 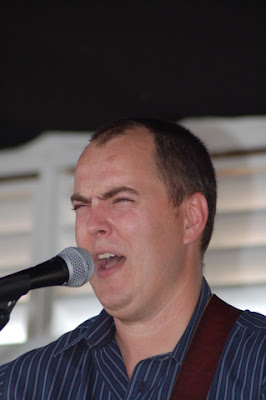 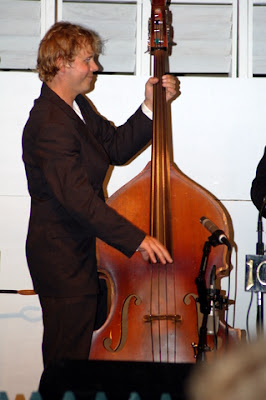 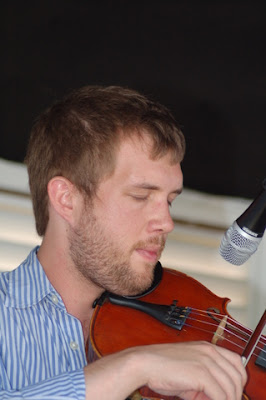 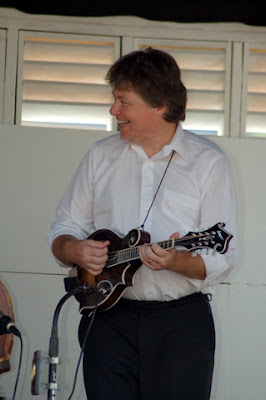 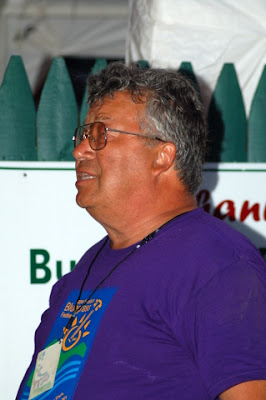