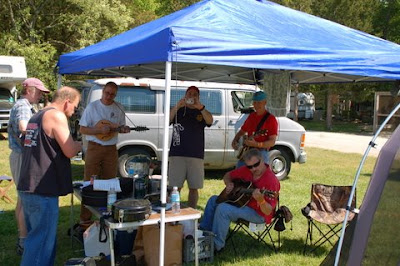 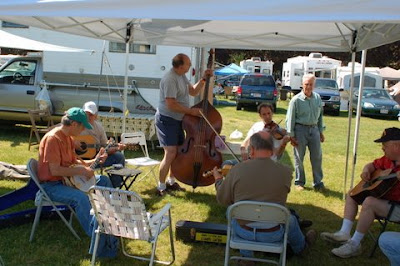 Friday at Strawberry Park offered a repeat of yesterday's fine weather with only a few warning drops of rain just before Rhonda Vincent & The Rage finished their very fine evening set. The three bands from Thursday all had sets on Friday, and they offered new material as well as repeating favorite tunes from earlier. Three additional bands each had two strong sets, and the day proved to be a great one for music lovers.

The Gibson Brothers, always a favorite anywhere in the northeast, were playing before a crowd which knew their music, knew them, and showed their appreciation with enthusiastic responses to every song. The brother duo, whose close harmonies are well-loved by bluegrass fans across the country, always present a strong program appealing to both the head and the heart. Their new album Iron and Diamonds adds significant works to their catalog, but so many of their songs were popular with this crowd that they responded to many requests. The band, too, seemed to be particularly "on" today. Mike Barber played a powerful bass solo, after which he leaned over to Rick Hayes and said, "How about that one!" Hayes, playing a mandolin of his own making picked several very strong breaks. Clayton Campbell on fiddle was just plain superb. Meanwhile, both Leigh and Eric were in great voice and on target instrumentally. 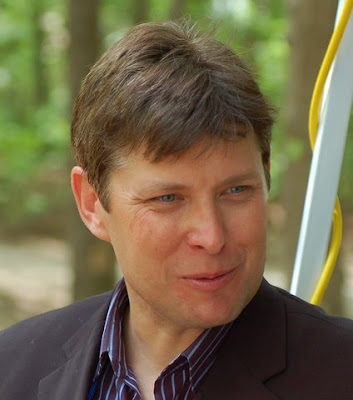 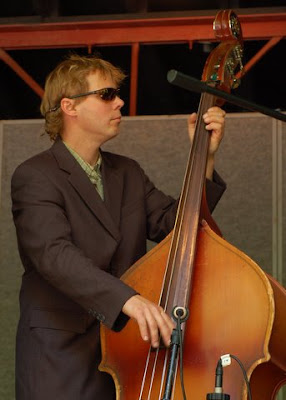 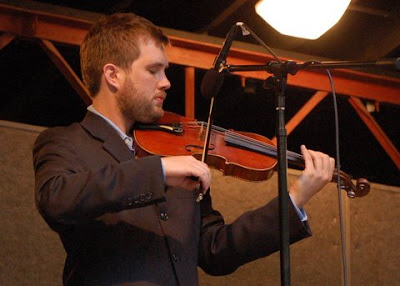 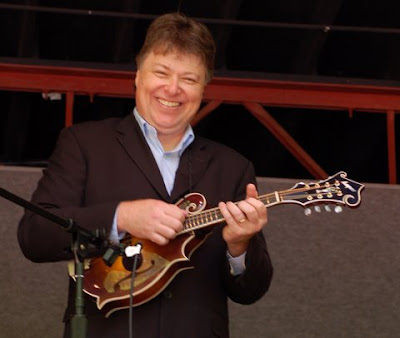 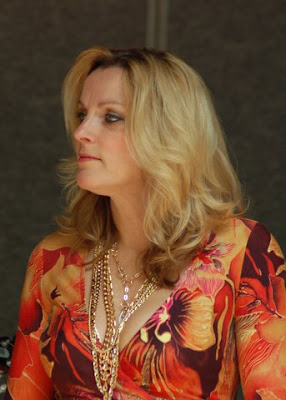 Rhonda Vincent leads one of the hardest touring, most successful bands in bluegrass. Her enthusiasm, warmth, strong singing, and effective picking are only strengthened by having one of the strongest bands in the genre behind her. Rhonda has won the IBMA female singer of the year award seven times. Mickey Harris on bass projects warmth and conviction and maintains an always solid bass beat. His lead and harmony singing are excellent. He is this year's IBMA bass player of the year. Hunter Berry on fiddle is strong and also brings good humor to the group with his understated physical comedy and subtle musical jokes. He's been awarded fiddle player of the year kudos at both IBMA and SPBGMA. Kenny Ingram is one of the greats on banjo, having played with Lester Flatt forty years ago and still playing great breaks and superb backup. Darrell Webb is the newest member of the group, but brings years of experience and a fine versatile voice to the group. His flat picking is first rate. The lines at Rhonda's merchandise tent attest to her popularity. People wait patiently in line for autographs, pictures, or just a word with her, and Rhonda stays until there's no one left in line. She's truly a great entertainer. 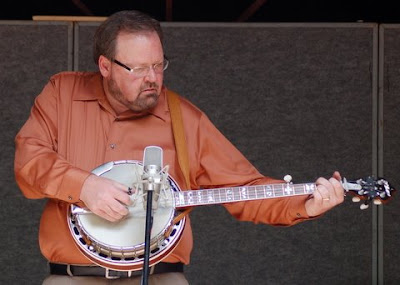 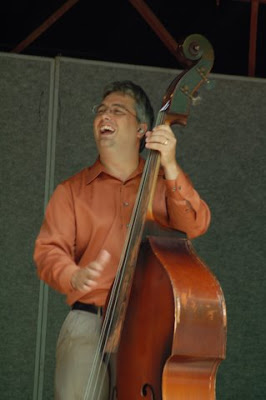 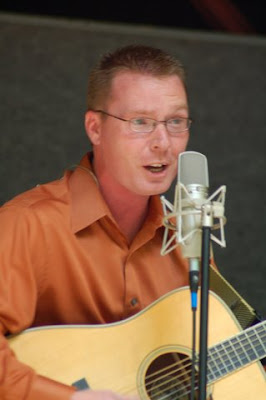 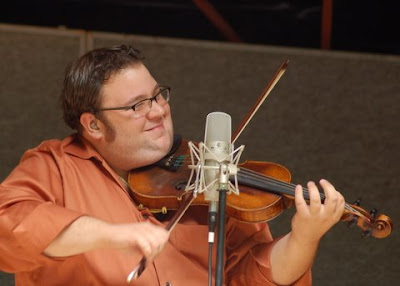 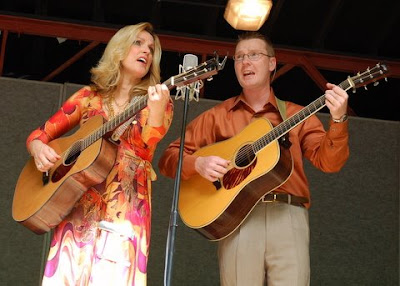 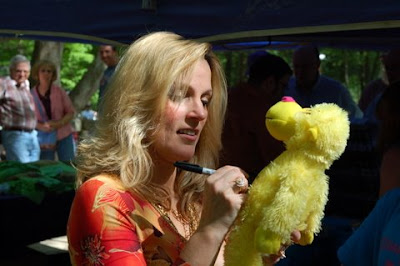 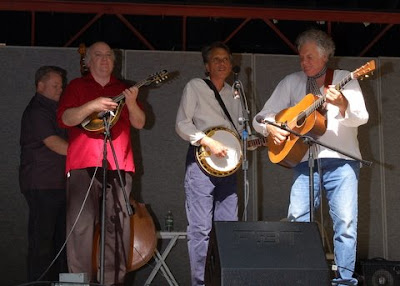 On any given occaison, Peter Rowan is likely to show up with a different band. He tours with Tony Rice, the Mexican Air Force Band, his group featuring Sharon Gilchrist, and sometimes he just shows up by himself and gathers a pick-up band. The bluegrass band this weekend featured Jody Stecher on mandolin, Keith Little on banjo, and Mike Bub on bass. This band, mostly hailing from California presented a good bluegrass set in the afternoon. In the evening Rowan gave in to his fans and his own nature and played a selection of Peter Rowan's greatest hits, much to the delight of most of the audience, who delighted in his 70's era sounds. The band was strong and Rowan in good voice and good humor. 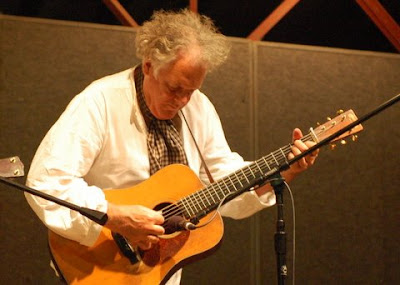 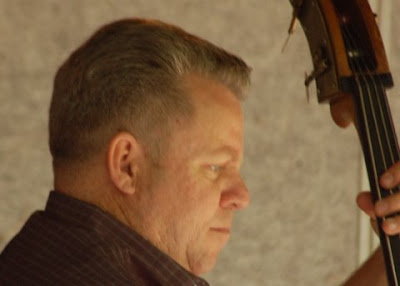 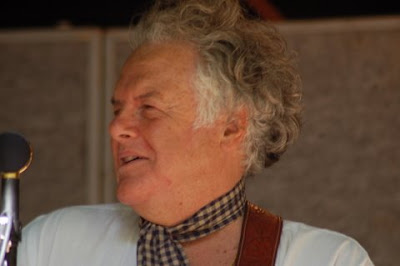 The Greencards put up another very strong set. The audience appreciated their blend of progressive world music and bluegrass played with amplified acoustic instruments. Their musicianship is superb and they communicate their love for the music with integrity and strength. 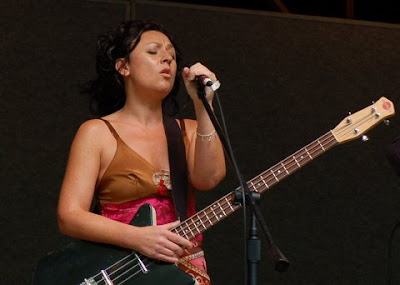 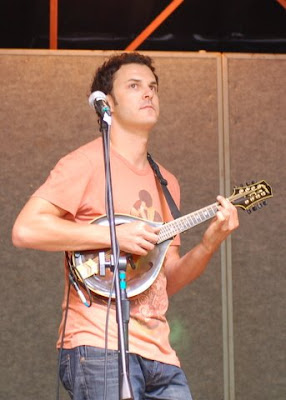 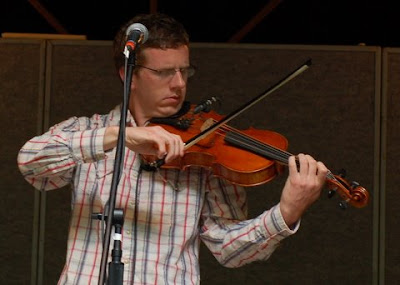 While the Greencards continue to bill themselves as a trio. Jake Stargell has become an integral part of this group on guitar. 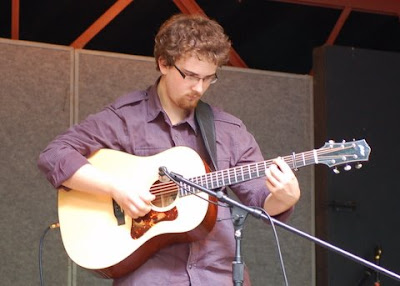 Friday at Strawberry Park was a fine day. It's supposed to rain and thunder today, but the lineup is great. We'll see if I'm able to take pictures. 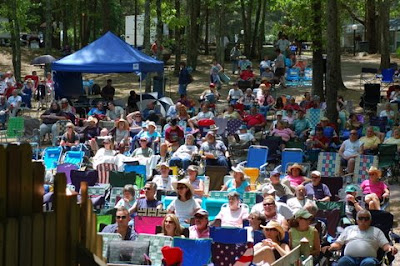