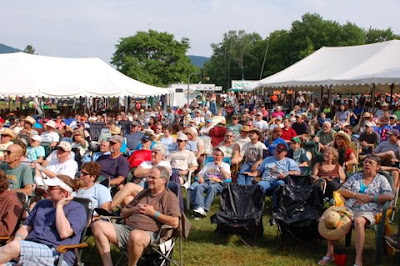 Friday at Jenny Brook featured great music, large and enthusiastic crowds, a little rain that cleared just in time, and a perfect festival day. I won’t write much today, because time and computer access are limited, and I want to put a bunch of pictures up. A few highlights are worth mentioning. First, for me, Acoustic Blue turns out to be one of those regional bands professional in every way. Their sound is traditional, their on stage personality delightful, and their musicianship exemplary. I’ll have more to say about this fine group in my wrap up next week. 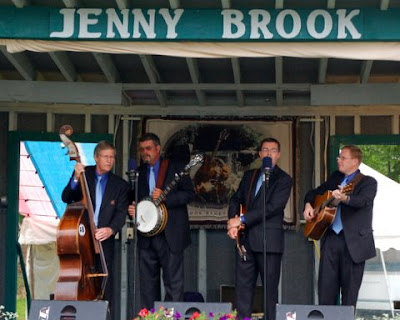 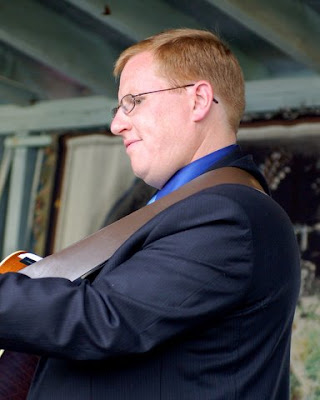 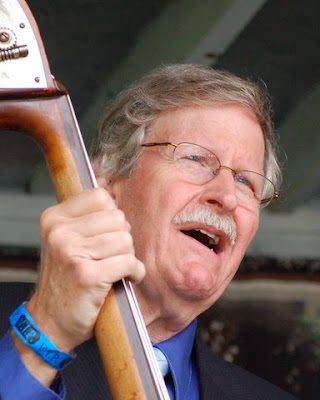 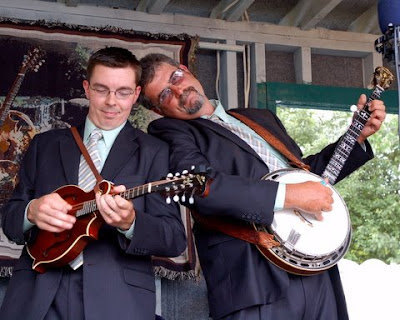 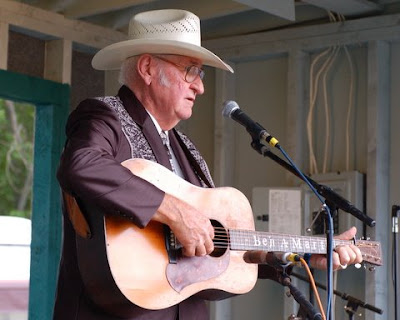 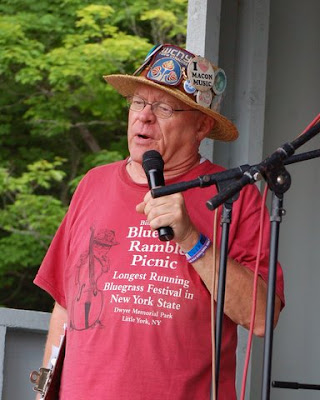 Almost exactly two months ago we saw the Dan Tyminski Band close Merlefest on a dreary, wet Sunday afternoon after most of the crowd had gone home. They came on stage to see a huge field of empty reserved seats. I thought they were as drab as the weather, but decided to hold my fire, knowing I’d be seeing them on Friday at Jenny Brook. Dan Tyminski is a native of West Rutland, VT, a home town boy in this small state. Many of the people who play bluegrass in the region picked with him as he was growing up. His father Stosh came over as well as many people attracted by his reputation and name. No one left disappointed. Tyminski is supported, perhaps joined is a better word as this is truly a group effort, by a band including four musicians who have won IBMA best musician awards themselves. In two sets, the Tyminski band fired up an enthusiastic, raucous musical gourmet collection of the tastiest bluegrass anyone could wish for. Never have I seen Adam Steffey enjoying himself so much on the stage. He was always grinning, except when he was throwing his head back in full bore laughter. His communication with Tyminski was electric as they shared the moments. Ron Stewart was animated and lively as his banjo rang out great breaks and wonderfully tasteful backup work. Barry Bales, often seeming to be in his own world, served up wonderfully intricate bass work while always supporting with his beat. Justin Moses, quiet and unassuming on fiddle, contributed high tenor and wonderful instrumental work. When the band invited Dan Paisley on stage for a song, it was hard to tell whether the band or the crowd was more excited. The Tyminski Band is one of those not to be missed groups. Since no one knows whether the core of this band will be returning to Alison Krause after her tour with Robert Plant ends, you’d better see them while you can. 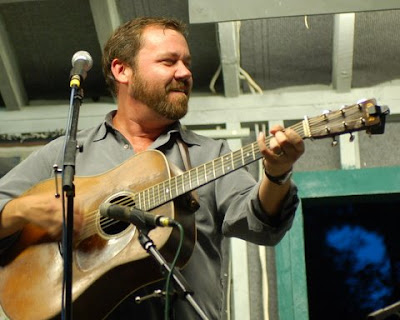 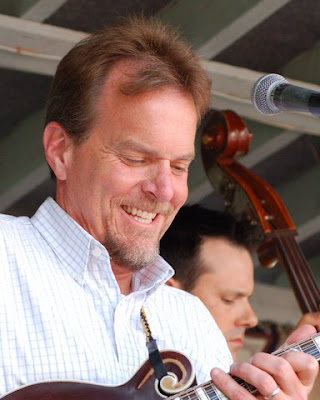 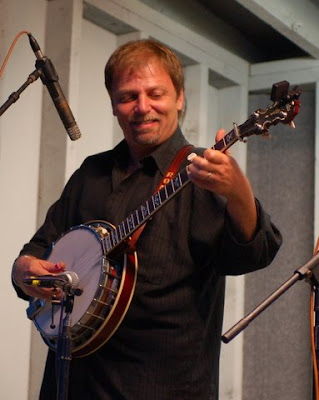 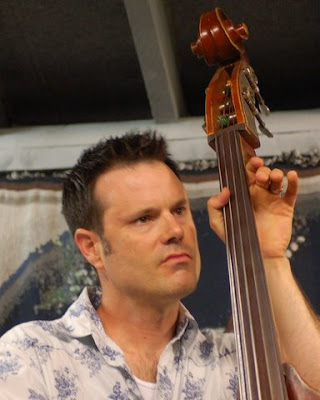 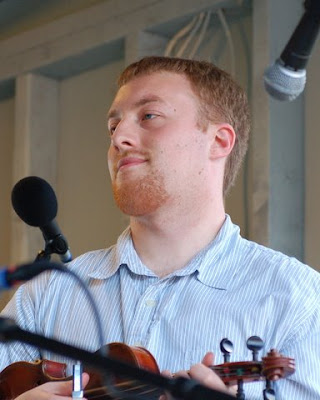 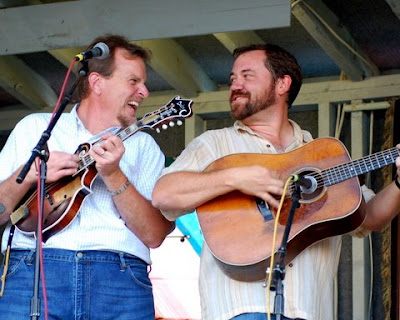 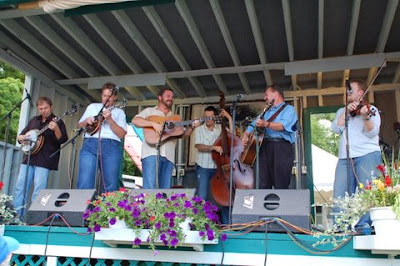 The Dan Paisley Band always offers the best in straight ahead, hard driving traditional bluegrass. Their two sets on Friday showed they can always be relied on. Rounder Records has released an album “The Room Over Mine” by the Paisley band and their well-deserved reputation is growing nationally. Paisley has one of the most powerful voices in bluegrass music. His band has been together for years and their tight work shows it. More about them tomorrow. Meanwhile, David Parmley and Continental Divide had two sets. Parmley, recently returned from heart surgery, has a wonderful baritone voice and is supported by a fine group. Their sets were very well received. In many other settings they’d be a top headliner. Smokey Greene, one of the few solo acts who can hold a crowd, had two fine sets. His mellow baritone and combination of classic country and humorous novelty songs is a favorite with bluegrass audiences up and down the east coast. Dan Tyminski had played in Smokey’s band as a youngster, and Greene’s introduction of him was heartfelt and touching. Not enough people heard the Seth Sawyer band on Friday, but they’ll be performing on Saturday. Sawyer’s fine tenor voice is one of the too little recognized treasures of the music.
Dan Paisley 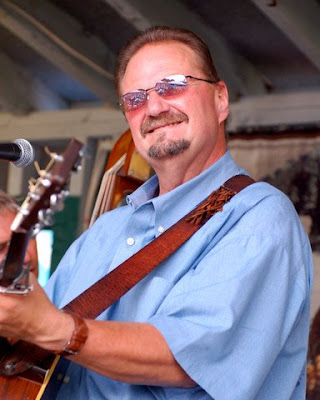 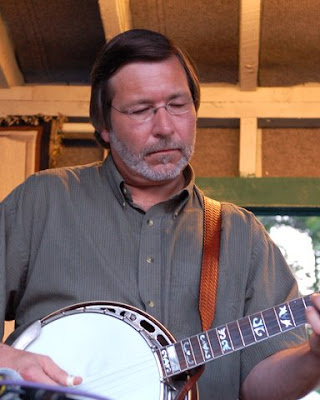 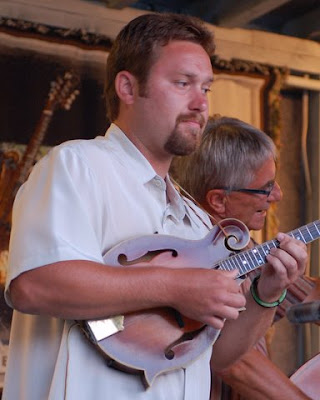 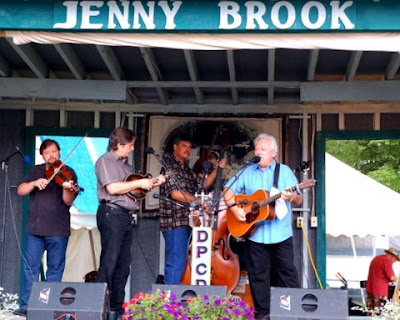 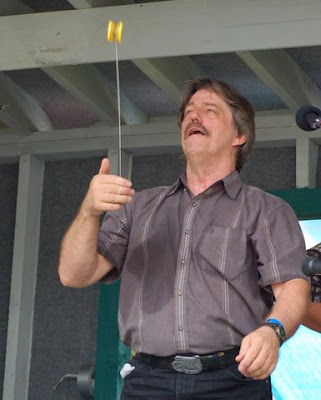 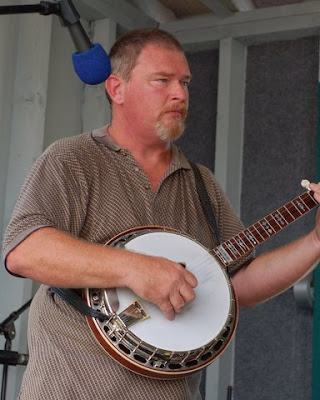 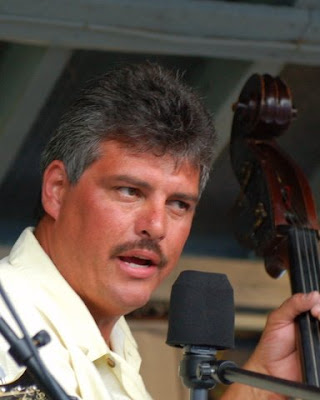 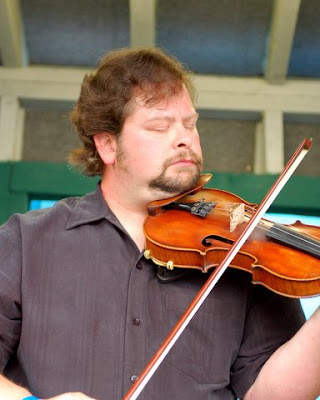 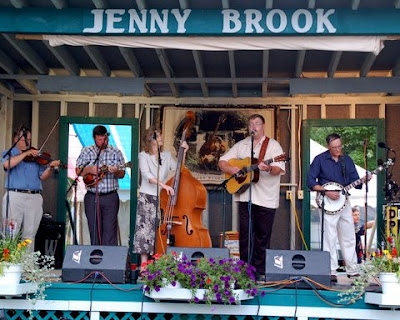 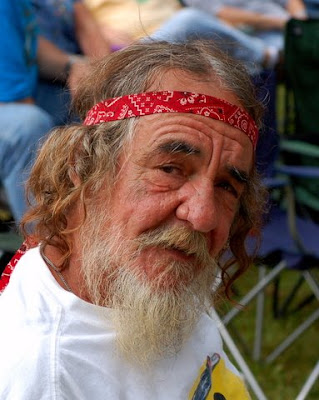 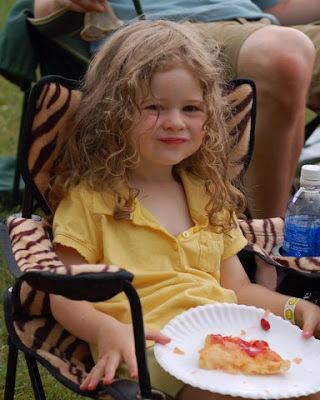 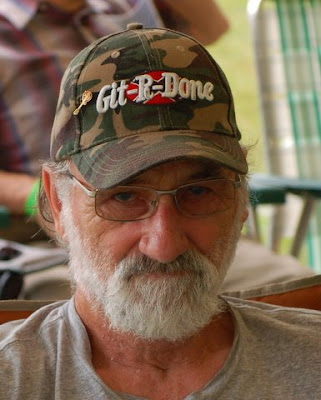 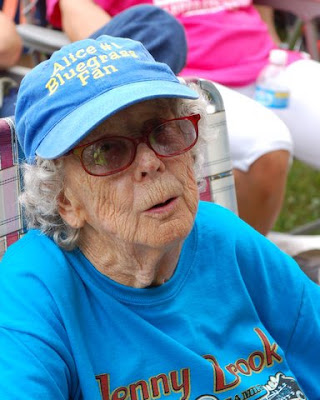 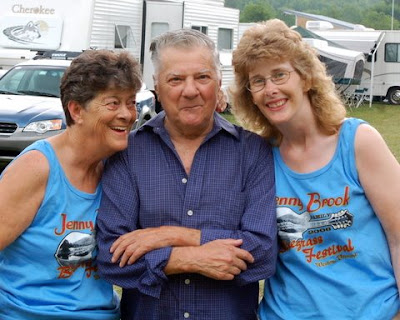 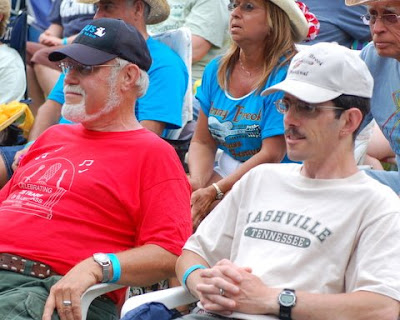 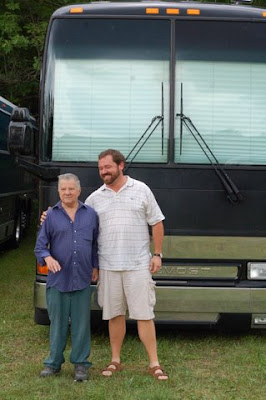