Where Bluegrass is Found - Everywhere 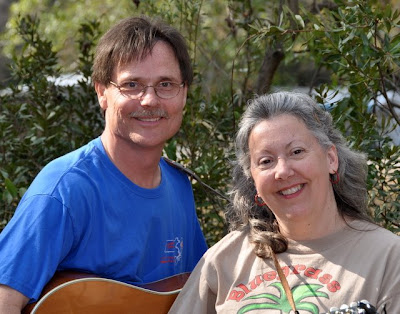 We drove into Highlands Hammock State Park, set up our trailer under a tree, and heard a banjo playing one trailer removed. I walked over and found Paul Petrone and Maria camped there with Paul pickin’ happily away. They’d been at YeeHaw Junction for the weekend and would be going to Craig’s RV for the festival at Arcadia the next weekend. After going to get our mail at the Sebring Post Office we drove back into the park. Irene did a double take and said, “Isn’t that Mike and Mary’s trailer?” I pulled over, went into the office, and, sure enough, Mike Robinson was just finishing up registering and would be camped a couple of sites away. On Tuesday Mike came over to invite us to attend a sing and presentation over at DeSoto Park where his mother lives. 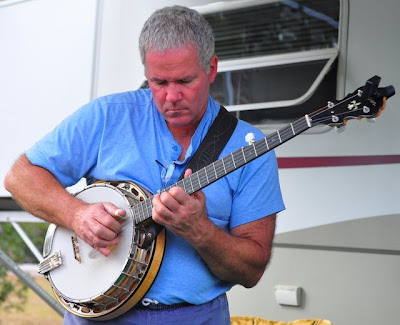 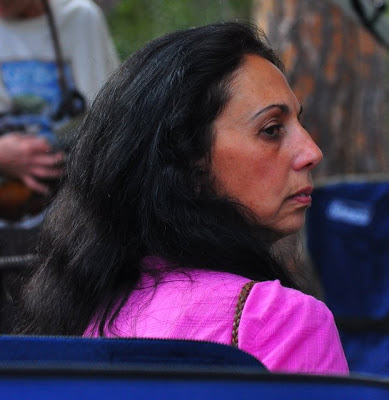 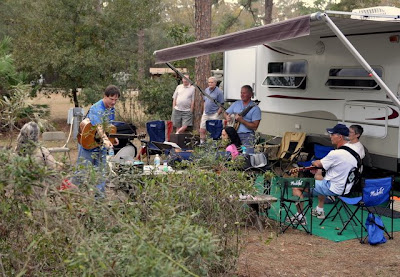 Mike and Mary Robinson have been serving as traveling evangelists to the bluegrass community full-time for the past six years after several years of doing it part time. Their Bluegrass Gospel Sing & Jam will be heard at about 28 festivals up and down the east coast this year with a portion of their schedule in mostly in Florida and the rest in New England. Typically, a Gospel Sing & Jam is held on Sunday morning at bluegrass festivals before the rest of the Sunday program. Mike & Mary lead a group of jammers and assembled folks who’ve come for the non-denominational Christian service in well known and popular songs like “Take Me in Your Lifeboat,” “I’ll Fly Away,” “Amazing Grace,” and “Will the Circle Be Unbroken.” There’s usually a few words related to scripture and a prayer. The Gospel Jams are well attended and enjoyed. Both Mike and Mary are available for pastoral counseling, prayer support, and general support and help both at the festivals and by phone. In addition, they love bluegrass music as both fans and performers. Mike is an excellent guitar player and a very good singer who enjoys jamming. He also serves as emcee at many events. 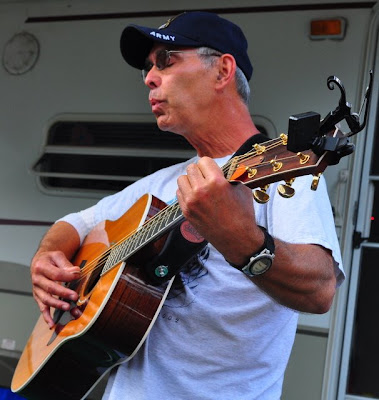 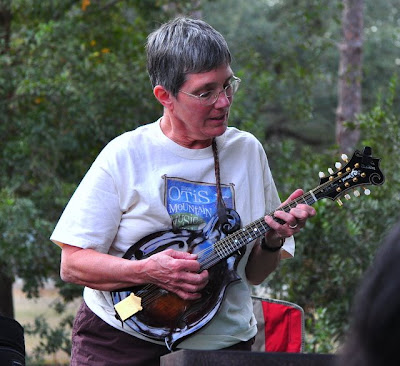 On Tuesday afternoon, the band assembled at our camper and began to practice. As they sang and worked out a program for the evenings event, people stopped by to listen and some even brought chairs along and sat down. Soon Ernie appeared with his guitar, Irene brought out her mandolin, and I broke out my banjo. Paul picked up his fiddle then, and a full scale jam was in progress. Even though Mike had to sing later, he sang with us until he was getting hoarse, but we were sure having fun. Bluegrass happens where you find it.
Mike Robinson 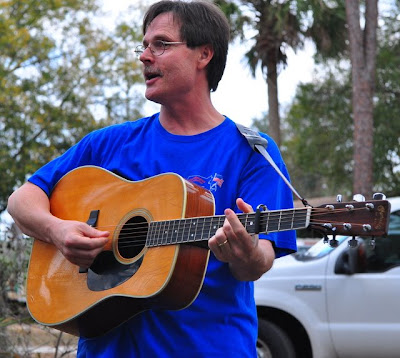 Later on we headed over to Desoto Park for Mike and Mary’s presentation. They set up a microphone and plugged into the park’s PA system. Soon a small, but interested group gathered and the program began. Mike and Mary led off with a couple of songs from gospel song book they distribute at their jams. They also sang some straight bluegrass and a couple of novelty songs. The crowd was soon with them – singing along, laughing on cue, and having a good time. They talked about the nature of their mission, the work they do with and in the bluegrass community. With support from Paul and Maria they sang some more songs, passed a basket for contributions, sang some more songs, and the evening was over. A good time was had by all. 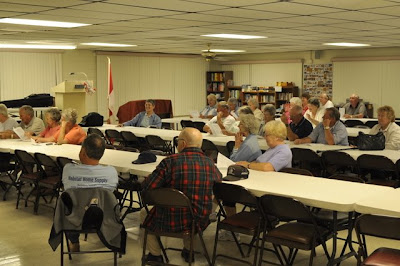 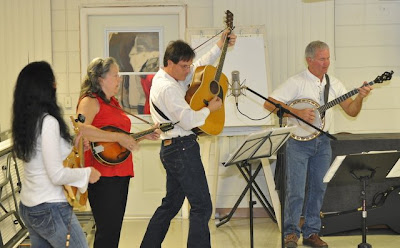 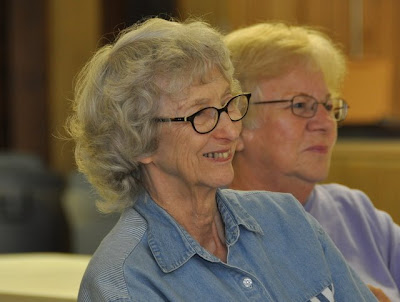 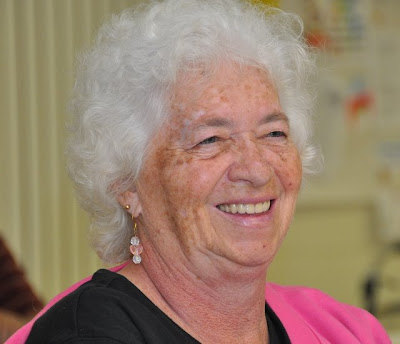 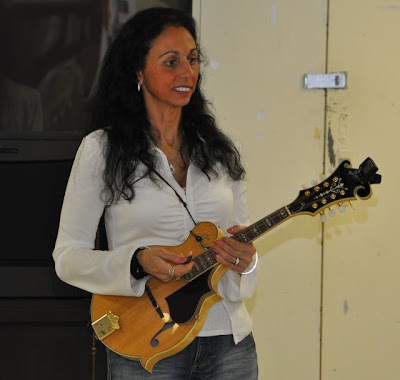 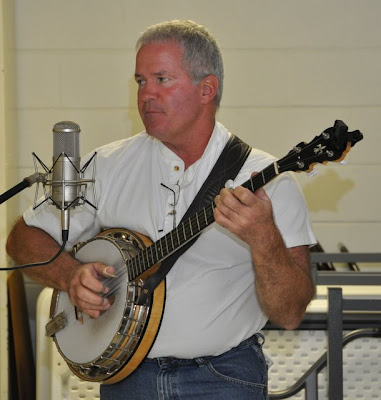 Mike and Mary Robinson do serious work with a serious purpose, bringing the gospel and the word to people who both appreciate it and need it. Their ministry meets a real need for musicians and bluegrass fans.
Mike & Mary Robinson 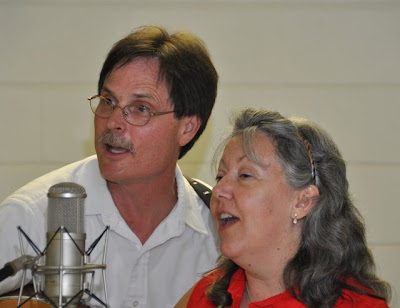