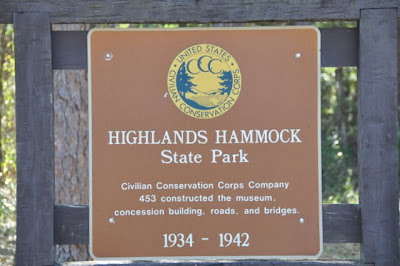 The motto of the Florida State Parks is “The Real Florida.” If the state parks represent the real Florida, then Highlands Hammock State Park is surely one of her crown jewels. Begun in 1932 by the Civilian Conservation Corps on land donated by Roebling family near the village of Sebring in central Florida, Highlands Hammock provides a respite from the state’s current deep recession, just as it did from its rampant development in recent years. An old style campground, it is still capable of providing comfortable camping for all but the very largest contemporary rigs. Most campsites offer plenty of shade along with water and electric. Restrooms with hot showers are convenient to most sites and never terribly crowded. Washing machines are available. A recreation hall provides a weekly (Wednesday evening) pot luck supper, while the original CCC buildings now offer a restaurant and a small but interesting museum detailing the spirit and history of the Civilian Conservation Corps. 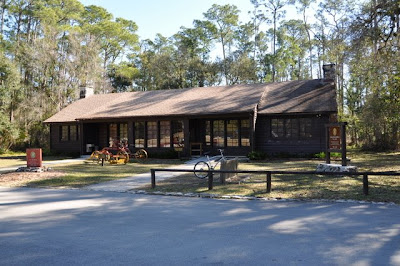 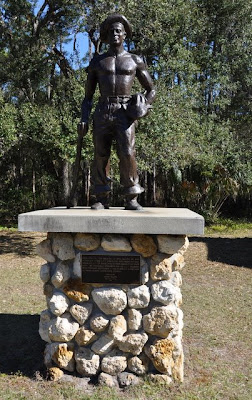 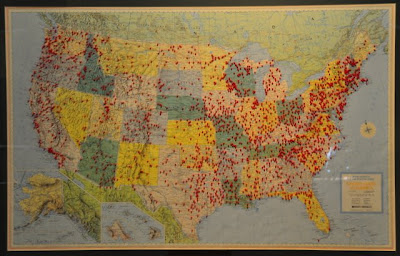 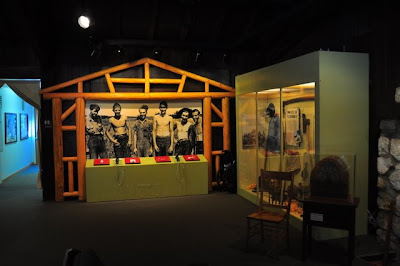 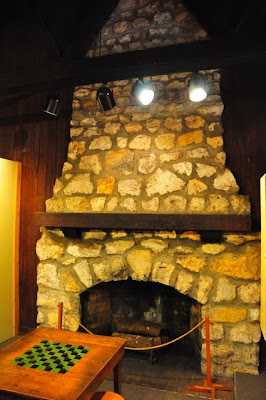 Located on 9,000 acres, the park comprises a number of habitats in which slight rises lead to major changes in environment. A tram ride, which costs $4.00 per person and takes about an hour, conveys passengers through areas otherwise restricted from access. Our knowledgeable naturalist, Kevin, talked about the various environments including classic hardwood which contains a live oak tree over 1000 years old and 36 feet in diameter, a cypress swamp, a pine forest, and others. Kevin explained the need for controlled burns in the pine forest. The tram tour runs alongside an old drainage canal which provided some of the more exciting elements of the trip, alligators sunning themselves along the bank. There were lots of birds as well as Kevin’s very informed narrative.
Seen on Tram Tour
19th Century Homestead & Orange Grove Clearing 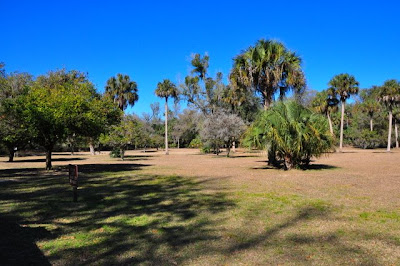 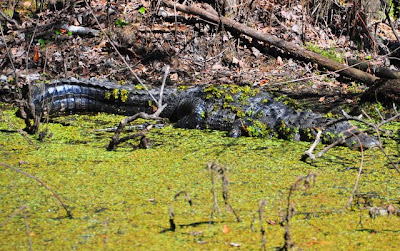 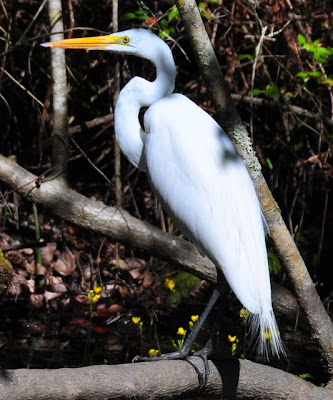 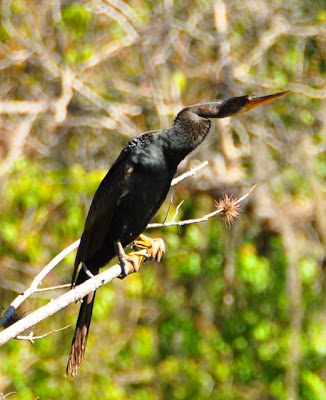 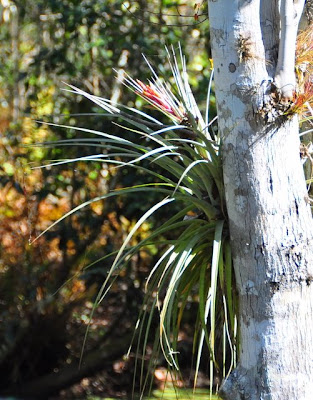 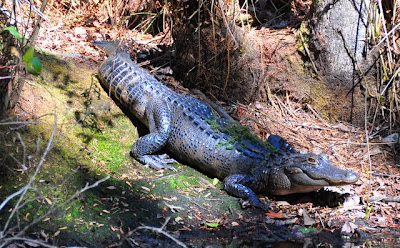 The park also contains nine separate trails through park environments. The longest of these is just a little over half a mile in length, and they are all relatively flat. Boardwalks are provided over swampy or wet land. There are 177 species of birds that have been observed in the park. As I was taking pictures this afternoon, I was reminded of the environment in the national parks back in the 1950’s. This park is a true delight harkening back to an earlier and simpler day. Give it a try.
Seen on Trail Walk 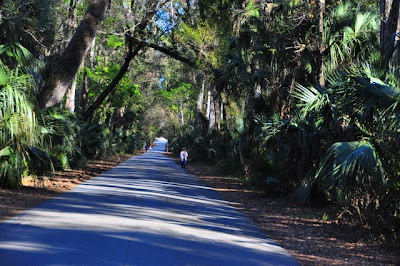 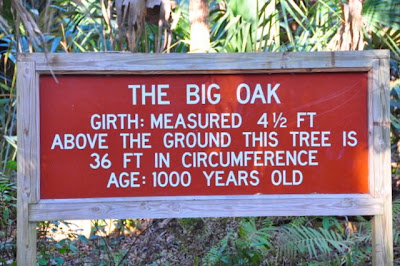 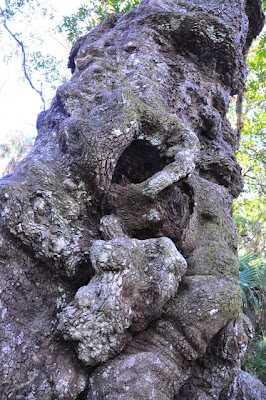 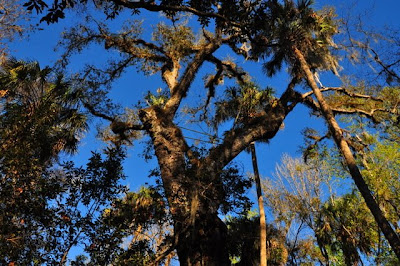 Imagine the Spanish explorers trying to make their way through this dense underbrush across the entire Florida penninsula. Filled with palmetto leaves cutting through their clothing, clouds of mosquitoes, Florida panthers, and the snakes. 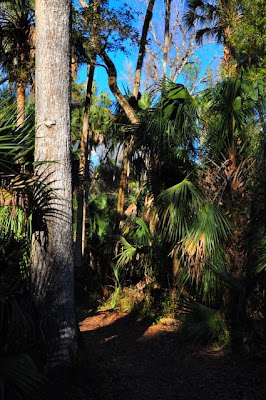 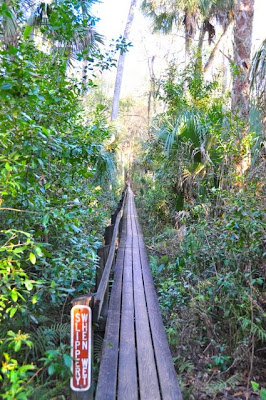 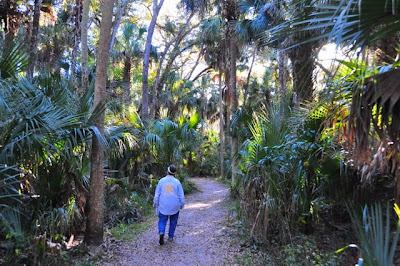 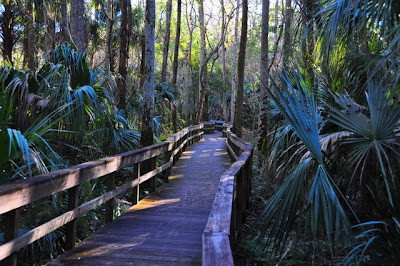 The campground is usually filled on weekends, but pleasantly roomy during the week. Reservations are recommended. While old style, this is a lovely, quiet place to visit.
The Campground
Our Rig 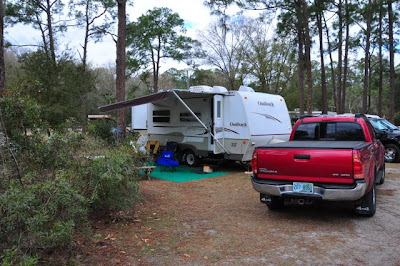 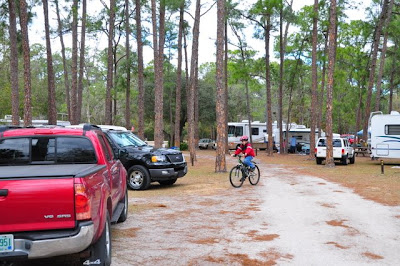 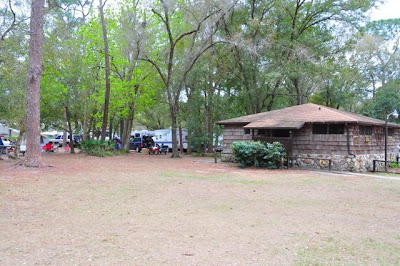 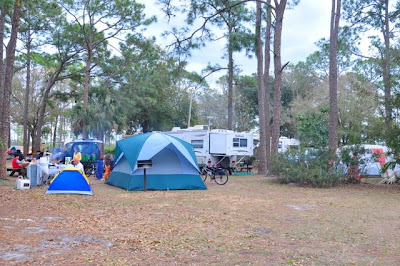