The site is near I-89 between White River Junction and Barre, VT, convenient to all of Vermont as well as nearby New Hampshire and New York. The new site is much more spacious than the previous one and offers significantly more amenities, including water and electric sites, hot showers, flush toilets, and indoor building in case of inclement weather, and much more. The limited number of water and electric sites cost $20 per night, a bargain compared to many music parks, state parks, and almost all private camp grounds. Rough camping is free with a weekend ticket. There are free dump stations. Pictures of the new location can be found here. Attendees arriving on Wednesday will be charged an extra $10, but will be able to get accustomed to this new site and enjoy and Wednesday night barn dance and covered dish supper. While quiet camping is available this year at Jenny Brook, this is a festival where 24 hour picking takes place and is encouraged. 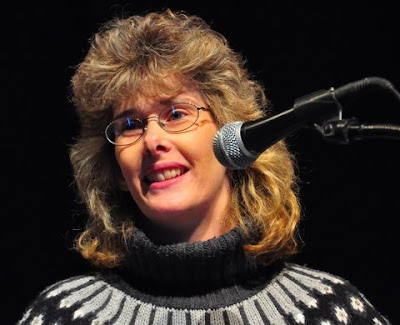 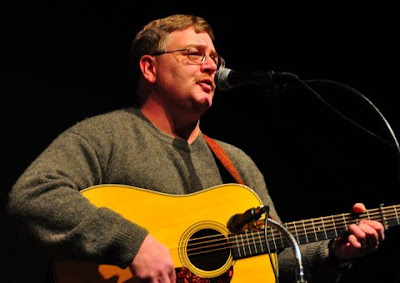 Weekend tickets to Jenny Brook are $85, and the early bird period is already past. Pets must be kept on a leash and are not allowed at the performance area. No pets will be granted admission without a vaccination certificate. A schedule of ticket options can be found here. Jenny Brook will continue to feature elements often found only in much larger festivals such as the Jenny Brook Kids Academy spearheaded by Tony Watt, a wide selection of instrumental and vocal workshops, bingo to benefit the Shriner’s hospital, a wide range of vendors, and much more. This festival continues to be an important New England festival whose growth has not diminished the intimacy and family character it has always exhibited. 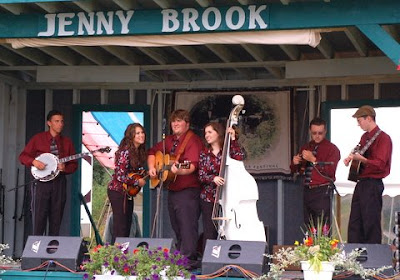 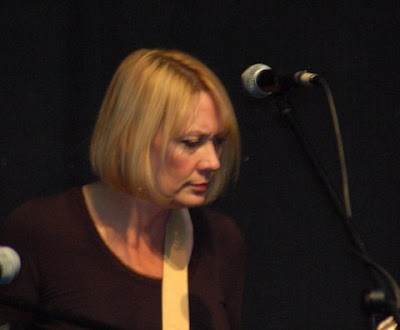 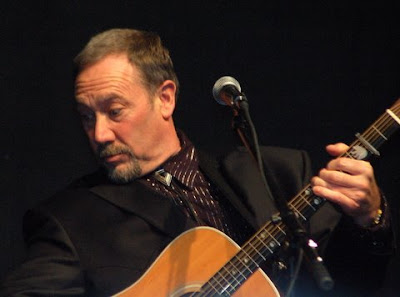 For 2009 Jenny Brook will feature a full schedule of local, regional, and national bands. The full schedule can be found here. This year, a national touring band will appear at Jenny Brook each day of the festival, from The Tennessee Mafia Jug Band appearing on Thursday evening to Audie Blaylock & Redline closing the event on Sunday afternoon. In between will be blockbuster acts like Michael Cleveland & Flamekeeper, The Gibson Brothers, and more. Local and regional bands include the winner of last year’s Jenny Brook band contest, Breakin’ Strings, which will be appearing for three days. The regionally popular group Beartracks with Junior Barber and brother/sister team Tom Venne and Julie Hogan will perform their pleasant selection of bluegrass and country covers. The Reunion Band (Boston), Katahdin Valley Boys (ME), Plexigrass (New York) , and the Pine Hill Ramblers (MA and NH) will also be on hand for multi-day appearances. The perennially popular solo act, Smokey Greene, will help open the weekend on Thursday evening. The Seth Sawyer Band will be appearing on all four days of Jenny Brook with a particularly strong band. They will feature two of the best singing voices in New England with singer/songwriter Seth Sawyer and Joe Singleton, whose Joe Val tribute show was a hit at the Joe Val festival last February. Joining Seth’s band will be Richard Underwood, formerly banjo player for the Johnson Mountain Boys, and Gary Darling on mandolin. Candi Sawyer will play bass. In other words, a very strong collection of traditional, regional bluegrass and/or country bands will appear throughout the festival. 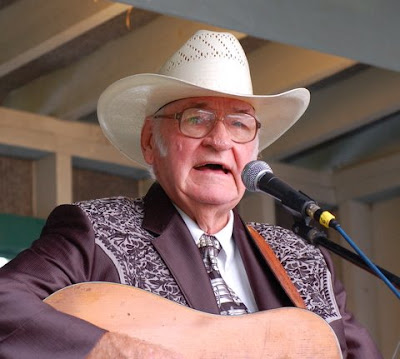 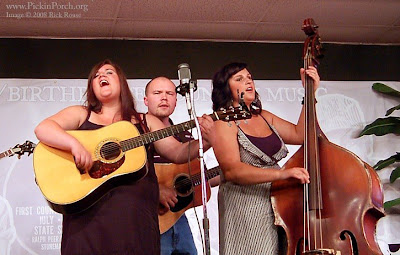 The Next Best Thing, featuring Sally and Tensel Sandker, will be appearing at Jenny Brook for the first time this year. This young band, composed of students from East Tennessee State University, is hitting the festival trail for the first time this year with an active schedule. While they don’t seem to make a big thing of their background, it might be worth noting that Sally and Tensel are Rhonda Vincent’s daughters. According to their mother, who I chatted with at Strawberry Park, they’ve discovered their love for bluegrass music and are excited about the music and performing. You may get the chance to say, sometime in the future, that you saw them perform when they were fresh out of the box. I’m quite interested to see them on Saturday. 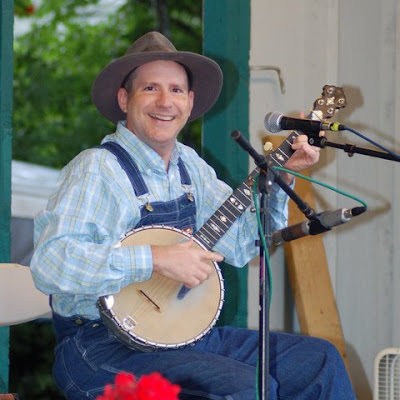 The Tennessee Mafia Jug Band will be at Jenny Brook on three days, including Thursday. Jenny Brook attendees are familiar with Old Time banjo stylist Leroy Troy, whose Uncle Dave Macon style play and amusing songs are fun and very entertaining. The band promises to offer more of the same plus. Their web site promises a rib tickling change of pace from straight ahead bluegrass – old fashioned, family oriented good fun humor. 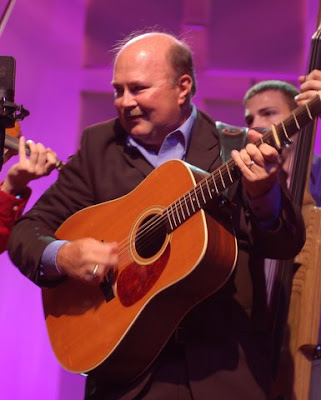 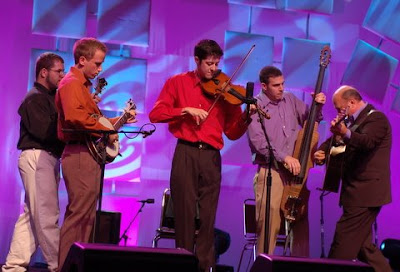 Audie Blaylock & Redline will be closing the festival on Sunday afternoon. It’s a rare thing that a relatively small festival such as Jenny Brook features a band as strong as Audie Blaylock’s as the closer on a Sunday afternoon, because it’s often hard to hold the audience. Attendees leaving early this year will miss a strong, hard-driving traditional band that’s been making waves around the country. Blaylock is a seasoned performer who cut his bluegrass teeth with Jimmy Martin and has toured with Michael Cleveland as well as Rhonda Vincent. He appeared on the Jimmy Martin tribute album, which was nominated for both a Grammy and an IBMA award. His current CD is charting on the Bluegrass Unlimited chart. 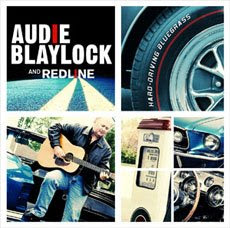 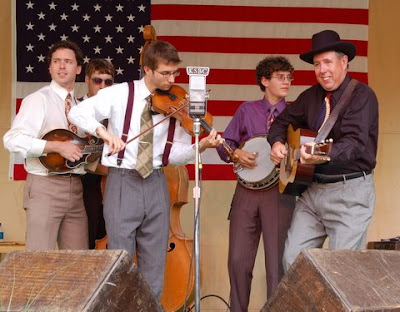 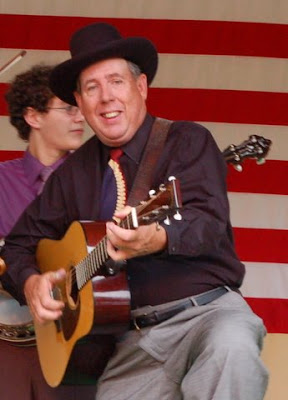 The Carl Shiflett & The Big Country Show is a traditional bluegrass band, originating in Texas, which emulates the sound and look of bluegrass as it came out of the box in the late forties and early fifties. When they place their vintage appearing microphone in the middle of the stage and show up in suits your father (or grandfather) wore, you know you’re in for a show as well as some fine traditional music. Shiflett, who can balance on one foot with the best of them, has an expressive, doughy face which he uses to good effect. One of his former banjo players told me that he’s never toured with a better band master than Carl Shiflett, from whom he learned a great deal of his stage presence, which he still maintains with another major band. 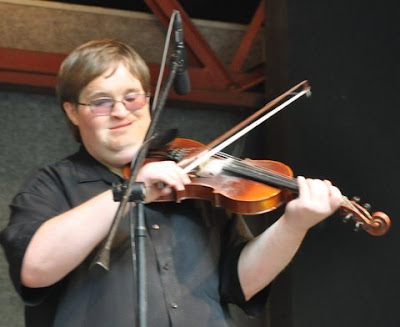 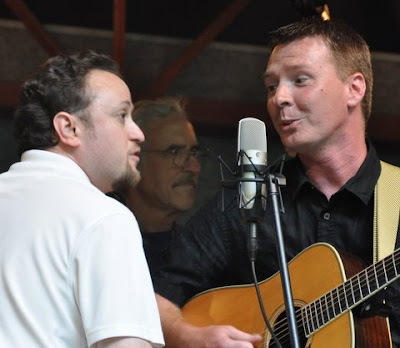 There’s little that needs to be said about Michael Cleveland & Flamekeeper. Cleveland is the six time winner of the IBMA fiddle player of the year award, and he has surrounded himself with a very strong band mixing deeply seasoned players like Marshall Wilborn on bass with exciting young pickers like teenager Jesse Baker on banjo. The band has recently been joined by Darrell Webb (Rhonda Vincent & the Rage, Wildfire) as lead singer and guitarist. Webb has knit the band together both musically and aesthetically. He looks and sounds happy with his new gig where he gets plenty of opportunity to display his multitude of talents. On mandolin, the brilliant young mandolin player Jesse Brock helps to hold together the whole group and supply drive and energy. Because Mike Cleveland can’t receive visual cues, Brock often positions himself in such a way as to maintain the beat and strengthen the vibe of this top notch band. There’s little more to be said about Mike Cleveland himself except that his soaring, screaming fiddle on songs like “Lee Highway Blues” will keep an audience rocking through his entire performance. 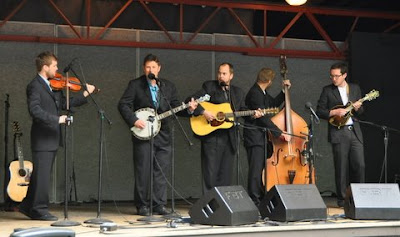 The Gibson Brothers have performed at eight of the nine Jenny Brook festivals and have, in many ways, become the signature band of this event. As they’ve risen in national prominence over the years, their loyalty to the Sawyer family has remained steadfast. Touted in 1998 by IBMA as Emerging Artist of the Year and then going through a rough period when they moved their base of operations, briefly, to Nashville, the band has since had all four of their CDs rise to number one position on the Bluegrass Unlimited charts. Their new CD Ring the Bell recently released by Compass Records is headed up, too. It’s hard to say that a band that’s had as much success as the Gibson Brothers appears to be on the cusp of a national breakout, but that’s what it looks like. During the past year or so, they’ve been appearing at increasingly prestigious festivals in better and better positions in the lineup. They made their debut at Merlefest in late April and continue an extremely busy touring schedule. The Gibson Brothers always draw an enthusiastic crowd familiar with their old songs and eager to hear new material they’re offering. They’ll be closing Saturday night’s very strong schedule. 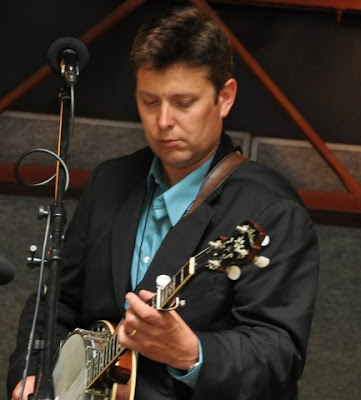 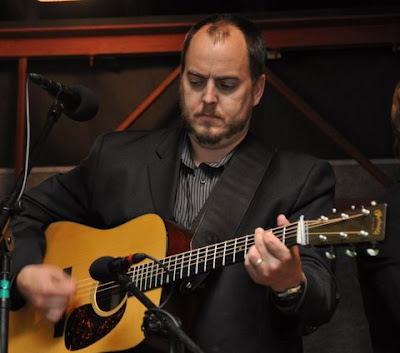 The Jenny Brook Family Bluegrass Festival has consistently improved its lineup and grown its attendance over the eight previous years of its history. With the closing of the festival at Thomas Point Beach over Labor Day weekend, Jenny Brook is poised to move into the top ranks of New England bluegrass festivals. The move to the more spacious and elaborate site at the Tunbridge World’s Fairgrounds in Tunbridge, VT should do the trick.