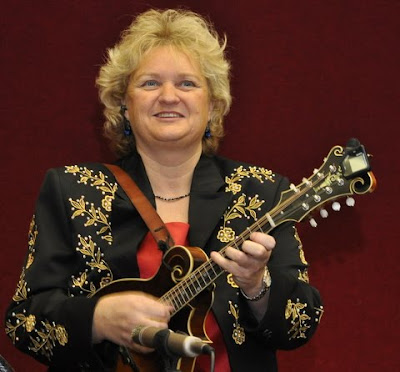 Lorraine Jordan and Carolina Road will host the Tenth Anniversary reunion of her band on November 6 and 7, 2009 at the Burlington Ramada Inn in Burlington, NC.  Lorraine has sought to assemble as many alumni of her band as possible for this gala celebration which will culminate on Saturday evening with a grand finale jam featuring everyone on stage at once.  The bands invited to this fall's homecoming, which has changed its dates to the fall in order, apparently, to avoid conflicting with the ACC playoffs in the spring, all have members in them who have picked in Carolina Road over its ten year history.  The Ramada Inn, which offers a special price for people who stay there for the festival, is a comfortable and friendly venue for this indoor festival.  There's always lots of jamming and the bands are very accessible.  Complete information about the lineup and accomodations can be found here. 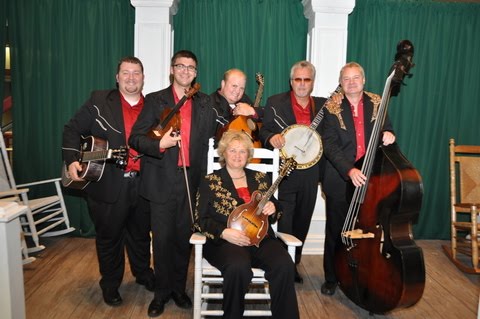 Host band Carolina Road has recently gone through some significant lineup changes with Dustin Benson, who's played with the  Larry Stephenson and Bradley Walker bands, replacing Jerry Butler on guitar and Brad Hudson taking over for John Wade at bass as well as playing resonator guitar when called on to do so.  Lorraine will resume her position singing lead and increase her presence as emcee.  The changes signal a return to a  more traditional bluegrass music and Lorraine has changed her nick name to "Lady of Tradition." 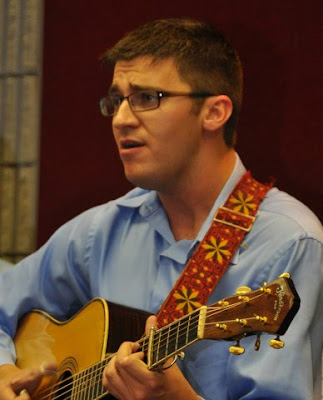 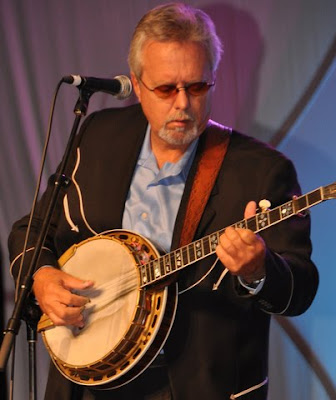 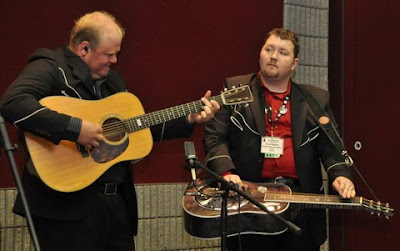 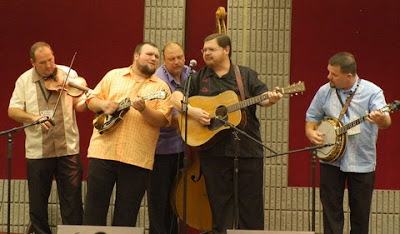 Junior Sisk and Rambler's Choice are coming off a breakout year in great shape.  With four IBMA nominations and a new recording contract with Rebel Records, this too long overlooked band has moved from regional status to taking its place as a major voice in traditional bluegrass music.  Featuring lots of songs written by bass man (and Junior's cousin) Timmy Massey and selecting from other very fine new songs with a sure feel for traditional sounds, Junior's fine tenor voice has continued strong and he has developed a winning way as front man for his very fine band. This band, hailing from nearby southern Virginia is worth traveling to see. 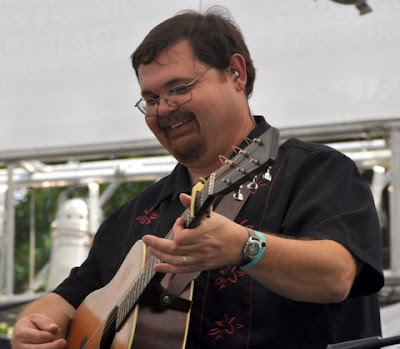 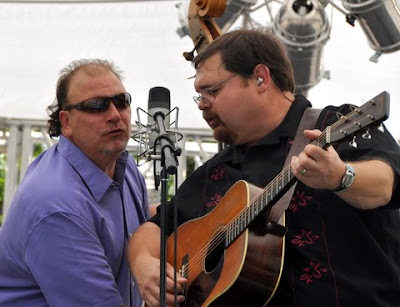 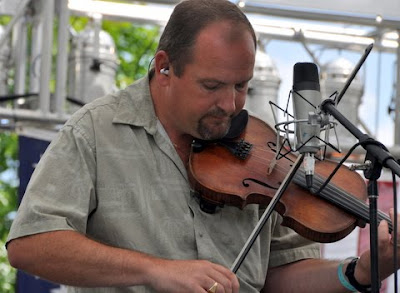 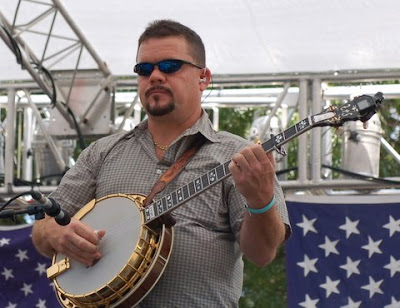 Al Batten and the Bluegrass Reunion 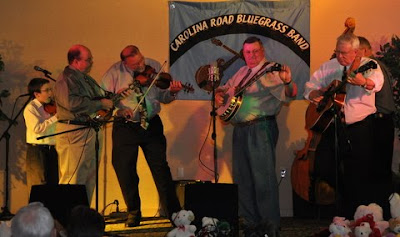 Al Batten has fronted this primarily regional band for more than thirty years.  It is guaranteed to provide upbeat bluegrass entertainment wrapped in humor and melody. 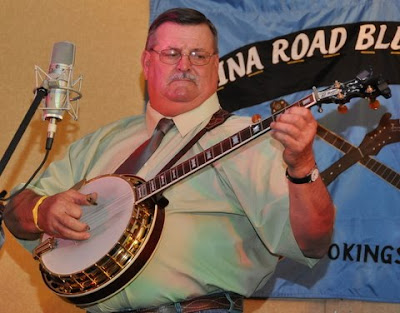 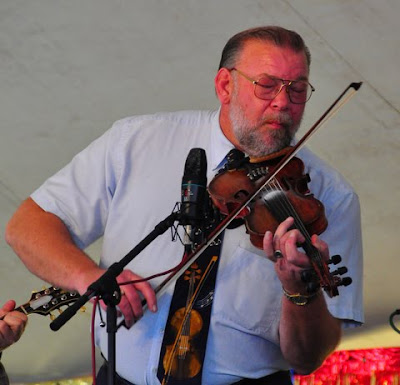 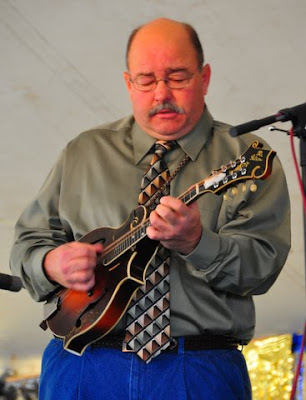 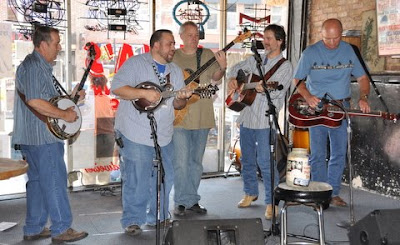 This band is fresh out of the box with a new CD from Tom T and Dixie Hall's Blue Circle Records.  They appeared at the alternative showcases at the Bluegrass Inn in Nashville during IBMA and at several after hours showcases, improving each time they performed and generating significant buzz.  Jerry Butler and John Wade are former members of Carolina Road, while Jim and Jason Fraley are well known in North Carolina as members of  A Deeper Shade of Blue.  This band is worth asking your local bluegrass promoters to consider adding to the lineup of their festivals. 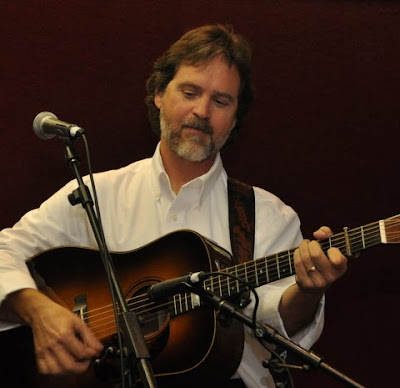 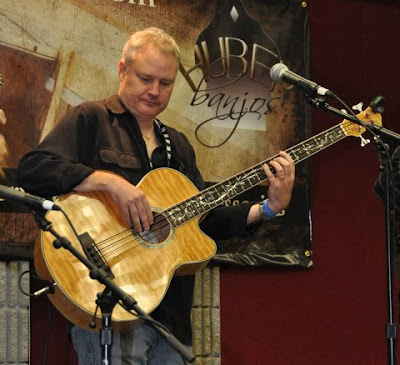 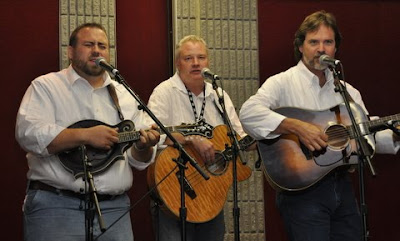 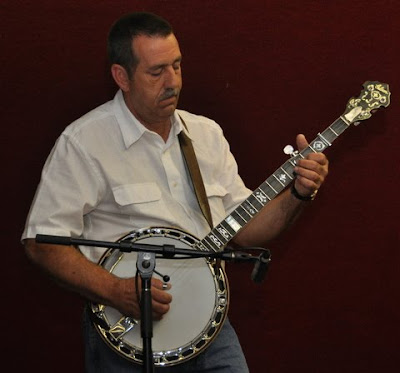 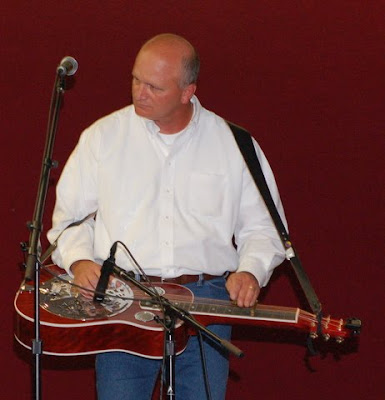 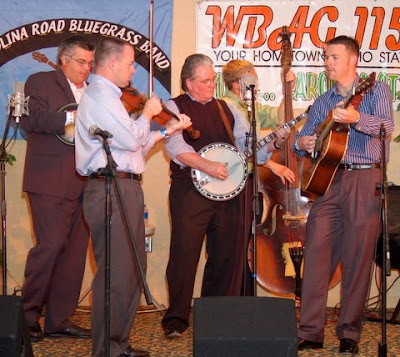 This North Carolina group has recorded extensively and it's songs have charted on the Bluegrass Unlimited charts. They provide consistently entertaining performances. 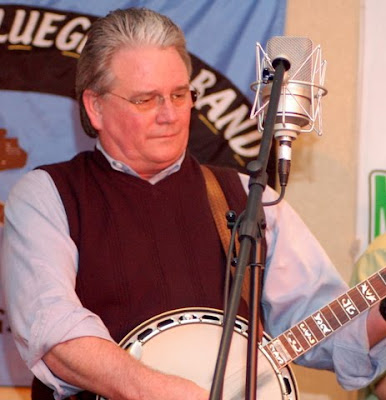 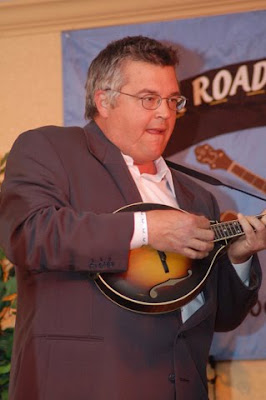 
Three bands appearing at the homecoming are best known as gospel bands, although at least one, Carolina Sonshine, provides an enjoyable mix of gospel music, Country Gentlemen covers, and baggy pants comedy. 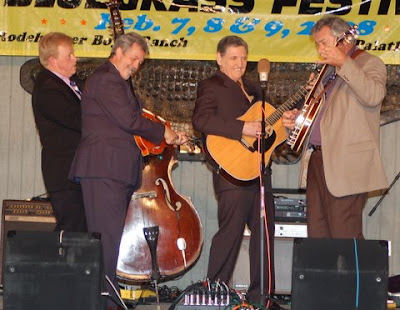 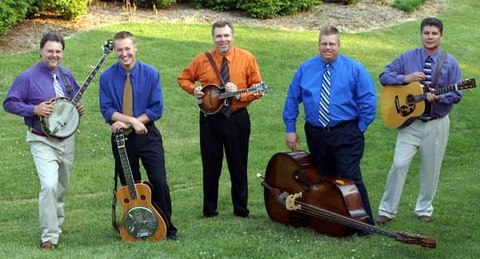 Damascus Ridge will also be there, but I couldn't find a picture in my files.

Other bands will include Constant Change and Carolina Junction, both young, enthusiastic, and able bands from central North Carolina. 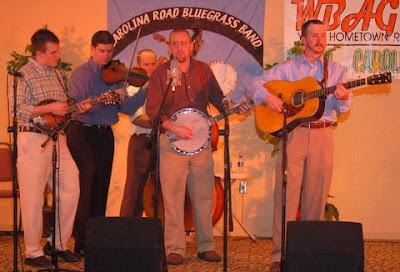 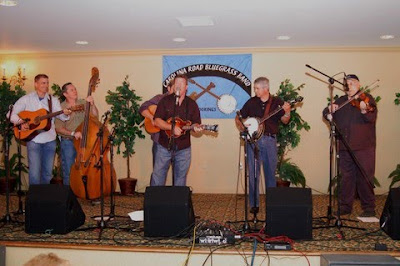 All told, bluegrass fans attending Lorraine Jordan & Carolina Road's tenth reunion festival at the Ramada Inn in Burlington on November 6th and 7th can expect to find an enjoyable mix of mostly traditional bluegrass with the emphasis being very decidedly on North Carolina Bands.  In many ways the event represents a showcase of the contributions the Tarheel state makes to bluegrass and fulfills this function very well.  See you there. 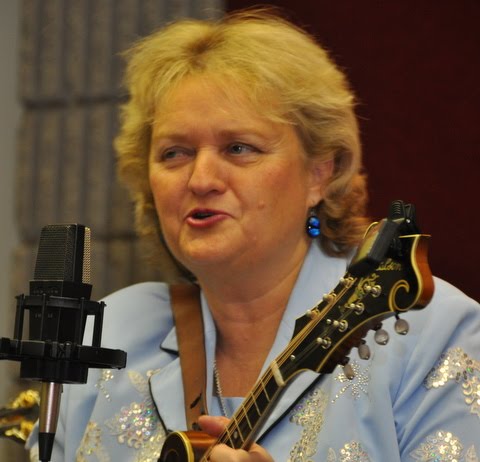