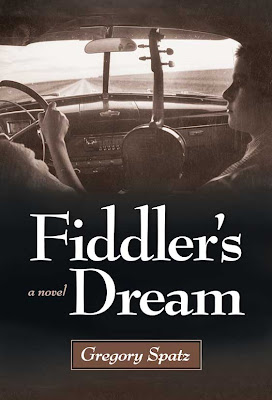 Gregory Spatz is a professor of composition, a fiddler, a member of a bluegrass, band, and a previously published writer of novels and short stories, several of which have appeared in prestigious magazines. His novel, Fiddler's Dream benefits and suffers from his background and experience. The story presents an interesting and involving quest for father and for self-understanding of a young musician. Spatz, because of his background, is uniquely well-qualified to approach the topic and the character.

Nineteen year old Jesse Alison leaves his home in Vermont to test his bluegrass chops and search out his long missing father in Nashville. Behind him he leaves his seductive drunken mother and girlfriend Michelle, who never appears in the novel except as a brief sexualized image. As he drives towards his vision of the future in Music City, the reader is introduced to Jesse's musical gift and how it has been developed through those who took an interest in him – his female friend Genny, a luthier who fashions and repairs violins, and Dix, a faded guitarist who gives Jesse his first lessons, but is soon surpassed by his gifted student. Jesse drives west away from the cool, g(G)reen mountains of his home state and into the heat, whose reality is made palpable to any northerner who's tried to become comfortable in the South, but which stands as a metaphor for the heated musical environment of Nashville, too. 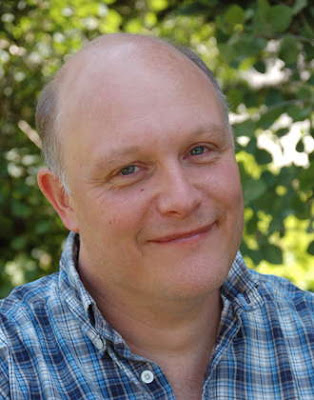 Jesse moves into the home and workshop of his friend Genny and must come to terms with her lesbianism while relying on her friendship to help him make inroads into the musical world of his adopted city. Spatz is perhaps at his best in describing the musical interludes of Jesse's education. A fiddler himself, who plays with west coast band John Reischman and the Jaybirds, Spatz captures the inner world of a musician moving from the skills he's gained listening to recordings into the super-heated world of session musicians and bluegrass wannabes that meet to play and drive each other to new heights in Nashville. His description of the fabled Station Inn, really the only reliable bluegrass performance venue and bar in Nashville, is spot-on as he presents the musical and social environment of this exciting local bar. His descriptions of Jesse's first experiences in daily jam sessions and a recording session also capture the environment, its competitiveness, and Jesse's anxiety that he might never measure up.

As Jesse gains increasing self-knowledge he reaches the point where he can leave Genny, although taking a piece of her with him, and continue his search for his father. His quest for his lost father and the knowledge that comes with it constitutes the remainder of this readable and enjoyable book. The themes of coming of age, the quest for father, and the search for self knowledge dominate the book. Spatz is at his best when describing Jesse's internal experience while making music, something only an accomplished musician can probably manage. Many musicians express themselves best through their music, Jesse is an example of this. He's a young man who's practically inarticulate verbally, but who expresses himself with intelligence and power in his music. Spatz, however, offers the unusual combination of being a musician who's a man of words. His descriptions, at least from the point of view of a reader/writer who doesn't have the music inside me, seem to capture the essence of what making music feels like from the inside, and I'm grateful to him for making that more clear to me.

The history of American novels of discovery is one of not successfully finding the ending. From Huck Finn's drifting down the Mississippi to Holden Caulfield's desire to rid the world of phonies, the story of American heroes is not to find all their conflicts and problems resolved, even as they complete their quests. Perhaps this is because the American story is still being told, so the search for meaning in our heroes cannot ever be fully resolved. Similarly, many of the questions raised by this novel are not resolved by the end. Nevertheless, Fiddler's Dream provides readers with a rich canvas of sensory and intellectual problems, while leaving enough up in the air to allow us to place ourselves and our own quests within the picture.

The book will prove interesting and satisfactory to the general reader, the bluegrass fan, and the person interested in learning about the internal experience of musicians. The novel should work well for the curious young adult as well as for adult readers. There is some explicit talk about sex and some profanity in the text. I might have categorized this interesting and well written coming of age tale as a problem novel of particular interest in that sub-genre known as Young Adult Fiction. However, because of content issues and the extensive and impressive description and internal monologue, the book is obviously aimed for the general adult reader of literary fiction. Spatz says, “...many of the book's themes and actions (not to mention its pacing) are not very kid friendly.” He welcomes young readers, but asserts that kids and young adults were not his audience.


Fiddler's Dream by Gregory Spatz is published by the Southern Methdoist University Press, and can be purchased through their web site for $22.50. ISBN #0-87074-508-5. It's also available from the usual on-line sources. The book was provided to me for review purposes by the publisher.