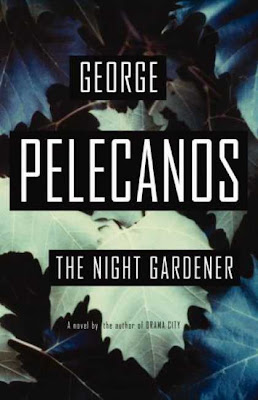 George Pelacanos is a fine novelist living in the Washington, D.C. area who happens to write novels which, at least on the surface, look like police procedurals.  They are, however, deeply layered and nuanced considerations of the nature of crime in the context of a city torn apart by ethnic and social strife.  The world of Washington politics doesn't intrude into the world inhabited by Pelecanos' characters as they live life on the edge.  His books are divided into several series, but The Night Gardner

is a stand alone introducing Detective Sergeant Gus Ramone, a workmanlike police who likes to do things by the book while never being so careful about the rules that his abilities to solve crimes are hindered.  Two former policemen help create an unlikely trio to solve a crime that seems to mirror a series of homicides dubbed "The Palindrome Murders," which seemed to have stopped, unsolved, many years before.  "Doc" Holiday resigned under investigation when Gus was in internal affairs.  Sergeant T.C. Cook retired after having obsessively investigated the Palindrome murders unsuccessfully.  Holiday has become an alcoholic woman chaser, while Cook is partially disabled by a stroke. When Asa Johnson is found murdered, all three men are reminded of the Palindrome murders as their lives once again begin to intersect.

Matters are complicated because Asa is a friend of Gus Ramone's son Diego, an adolescent boy his mother and father are working hard to keep from being influenced by the environment of the District.  Ramone seeks to help his son stay straight  as well as to succeed in school while other crimes rise to the attention of the Violent Crimes Bureau, of which he is a part. Nevertheless, Ramone keeps his highly valued home life largely separate from his professional life as he pursues the crime while protecting and nurturing his family.

Pelacanos' novels are salted with the sounds of the music his characters listen to.  Whether the novel is from his earlier, and very popular, Nick Stefanos series or the more recent D.C. Quartet and Derek Strange series, the music is always contemporaneous with the time of the novels.  I, for one, would appreciate a web site with links to clips from the songs by the bands referenced since I'm completely unfamiliar with almost all the music he references.  Neuro-Scientist Daniel Levitin does this with his books, making the books ever so much more accessible.  Because the music the characters listen to reflect their character and environment, knowing more about the music they hear would enrich reading their stories. We web site for Treme, called the Music of Treme identifies each song and piece of musical background in the film. 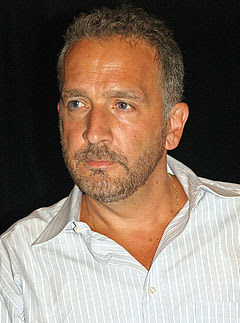 Pelacanos' novels explore the intersection of race, ethnicity, and social status in deeply nuanced ways. Many of his characters are lower middle class people struggling to get ahead by the book, while others are choosing shortcuts to attain status. Ramone's wife is a black woman as is his partner on the police force. Cars, clothes, and women serve as status symbols, and Pelacanos is never reluctant to use brand names as character markers.  Pelacanos has an excellent ear for dialogue and eye for setting, successfully capturing character with telling details.  This quality of his vision can also be seen clearly in his film work for television with HBO's The Wire and Treme where he has served as writer and producer.  Both films also are strongly dependent on the use of music to reveal character of person and place.  Some writers' work reads as if their books were written to become television scripts. Pelacanos never does this. In his novels he experiments with style, setting, tone and other elements to develop an imaginary world that creates its own reality.

by George Pelacanos is published by Little, Brown & Company and available everywhere.

If you're intrigued by this book, please consider purchasing it through Amazon using the links on this page. Any Amazon purchase made through the portal on my blog pays me a small commission, helping to keep the blog going.