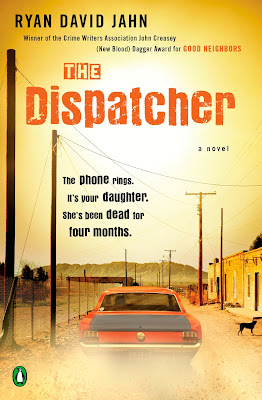 Ian Holt is sitting behind his computer at the dispatcher's desk in the small, dusty town of Bulls Mouth, Texas playing computer solitaire when the phone rings. A voice says, “Please help me!” After questioning, the voice on the other end of the line identifies herself as Maggie Holt, the missing daughter Ian and his ex-wife had held a funeral for several months earlier after she'd been missing for seven years. Imagine the shock and electric need to act you'd feel in this situation. Ian's daughter, supposed long dead, is alive. His life, gone from comfortable and reasonably happy to one of constant loss, emptiness, and depression is simultaneously filled with hope and fear. This is the premise of this thriller and the driving force in the action.

Author Ryan David Jahn uses rapid changes in point of view to keep up with all the action and to effectively capture the state of mind of the various characters. Told in a combination of internal monologue and omniscient narrator, the story moves quickly, sometimes disconcertingly so from inside Ian's depressed sadness to Maggie's struggle to survive and understand, to Henry Dean (the kidnapper), a psychopath who only wants to keep his wife Beatrice happy. Jahn also occasionally dips into the heads of minor characters when to do so helps move his story along. The effect of these rapid switches is sometimes a bit mind bending as the reader must change perspective with each leap to inside another character's head. Sometimes it isn't very pleasant in there, either. Nevertheless, the strategy helps turn the story into a page turner keeping the story moving at a breakneck pace. While the book is 368 pages long in paperback format, it moves along at a rapid rate.

Using fast shifts of point of view, lots of movement, and spreading violence, blood, pain, and gore across the the course of I-10 from Texas to California, Jahn has fashioned a fast-moving, tense, and often intriguing account of a father's quest to rescue his kidnapped daughter, the daughter's increasingly motivated urge to escape, and the kidnapper's pathological desire to keep his “family” together. Except for the plucky daughter Maggie, none of the characters is very likable, but Ian's quest serves, too, as a search for his own soul, a worthy enterprise. One element not rising to the level of believability is the sophistication of the daughter Maggie's thought processes. Even though Jahn explains her command of language and the world by referring to books and magazines left in the cellar where she's imprisoned for seven years as well as some instruction from the kidnapper's brother, her quick reactions and understanding of the world as she begins to become engaged in it don't quite rise to the level of believability. Nevertheless, The Dispatcher is a fast-paced an enjoyable thriller which will keep the reader engaged as the cross country chase continues.
Ryan David Jahn 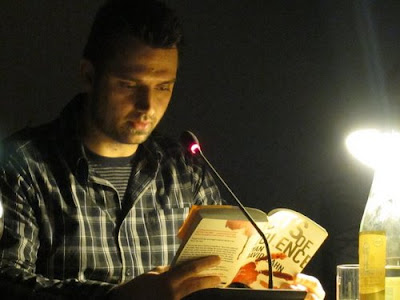 The Dispatcher by Ryan David Jahn is published by Penguin Books (2011) and is 368 pages long with a retail price of $15.00. It is available from all major sources in print or electronic editions. I read the book on my Kindle and received the book from the publisher as a part of the TLC Book Tours program through NetGalley. Please remember, that if you decide to order this book, I will receive a small commission if you click on one of the Amazon links here to make your order. This helps keep the blog going. Thanks.