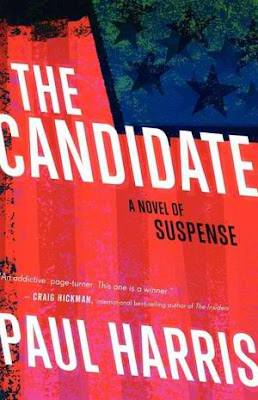 Paul Harris has written a political  potboiler billed as a suspense thriller that offers neither suspense nor thrills. In The Candidate (Vantage Point Press,382 pages, paper, $14.95) Harris has created a book that reads more like a treatment for two hour TV movie whose release is cynically timed to coincide with the election than as a suspense novel. The characters are cardboard cutouts, one dimensional and without genuine interest. The plot is mostly predictable and without real tension. I finished the book as a responsibility occasioned by my having agreed to review it rather than out of any genuine interest in the characters or the situation. Ordinarily, a thriller takes on a life of its own, driving the reader to run to the finish while relishing the chills and surprises as they arrive. Compared to a first rate genre novel by Lee Child or Harlan Coban, this work doesn't deserve shelf space.

Mike Sweeney, a young organizer of migrant workers in Florida, is called to Iowa to join the presidential campaign of retired war hero and U.S. Sendator Jack Hodges, whom he sees as a game changer for the country, charismatic, humane, and idealistic.  As the novel opens, an assassination attempt on Hodges life fails, and a strange, crazed, alien looking woman is arrested and sent to jail where she refuses to communicate in any way and is soon labeled as a mentally ill nutjob.  Meanwhile, Mike is noticed by Hodges' campaign manager Dee Babineaux, a cynical campaign operative who celebrates ends over means as she uses the event to catapult Hodges' campaign to national prominence. Sweeney is soon tapped to conduct defensive  background research to seek to find the assailant's background and motivation. There follows a series of events that take Mike on the first of two trips to Guatemala as the result of a mysterious document signalling a contribution from Hodges' wife to a retired Guatemalan general along with the corruption of Sweeney's moral vision. The tale is complicated by a drug-dealer first wife and an idealistic blogger who follows Sweeney to Latin America.  The plot, characters, and settings are all deeply stereotyped and shallow, often predictable, and fail to raise the heartbeat or drive the reader to stay with this slight story which should be read in one or two sittings but is too easily put aside. 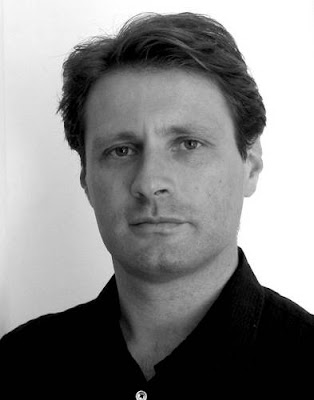 The author, Paul Harris, is the U.S. correspondent for The Observer and The Guardian, British newspapers. The text shows is unfamiliarity with both American idiom and culture. I really cringed when he referred to the Washington "Memorial." Anyone living and working in Washington, D.C. should know that there's a Lincoln Memorial and a Jefferson Memorial, but a Washington Monument. Much of the rest of the book could have been written between assignments without researching further than Wikipedia.

The Candidate by Paul Harris is published by Vantage Point in trade paperback at a retail price of $14.95. It was provided to me through TLC Book Tours in exchange for a review.