Behind the Kitchen Door by Saru Jayaraman - Book Review 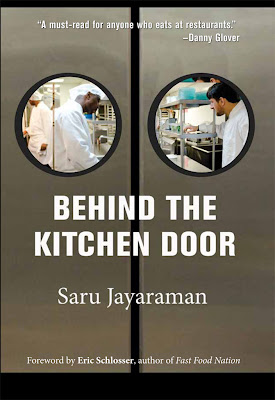 After reading Saru Jayaraman's new book Behind the Kitchen Door (Cornell University Press, 2013, 208 pgs., $21.95), I'll never look at a restaurant in the same way again. Knowing the seven of the ten lowest paid jobs in the United States are in the restaurant industry, that the tipped position minimum wage is $2.13 an hour, that restaurant workers use food stamps at almost double the U.S. average, and that 80 % of tipped workers don't earn the U.S. minimum wage while their tips are stolen by management and they are forced to work sick because they have no sick days and cannot afford to take a day off has provided me with a wake up call about restaurant employees, whether they work in fast food, family restaurants, or fine dining establishments.

Jayaraman became interested in the restaurant business after the famed Windows on the World restaurant at the top of the World Trade Center lost every member of its staff who was at work on 9/11. She is now director of the Food Reasearch Labor Center at the University of California at Berkely. She graduated from the Harvard Kennedy School of Government and Yale Law School. Working with the restaurant workers displaced when the restaurant business in New York collapsed with the World Trade Center, she and a group of displaced workers founded the Restaurant Opportunities Center to try to improve working conditions for restaurant workers throughout the United States through organizing, undertaking research, educating managers, owners, and employees to some of the problems in the industry, organizing demonstrations and boycotts, and publicizing the issues and problems. They currently operate Restaurant Opportunities Centers in nineteen cities as well as four COLORS restaurants where they demonstrate how fine restaurants can be profitable while maintaining equal opportunity and using locally grown and sourced sustainable food practices.

Jayaraman catalogs how both race and color effect the jobs available to individuals and opportunities for advancement. She argues that the shade of employees becomes darker the further back in a restaurant you go. Hostesses and wait personnel are mostly white or light skinned, while bussers are more likely to be darker. She says that in New York she has never seen a white person washing dishes, and the black people who staff the dish washing stations are often darker skinned than  minorities working in other positions. She details the frequency with which darker skinned servers and wait people train white people to take orders rather than be allowed to advance into areas where their competence is clear. Furthermore, people of color who do advance to serving positions are more likely to be assigned to less high tip tables (near the kitchen door, for instance) or lower paying hours.

Working conditions in restaurants often are difficult for employees and dangerous for customers. Sexual harassment and discrimination are rampant in the largely male dominated cooking area of a restaurant. Women reported touching, feeling, and unwanted hugging as standard as well as seeking sexual favors in return for promotion or continued employment. Their opportunities for advancement were often limited to making salads and bakery products rather than having better opportunities on the cooking line. In the front of the house, waitresses are often fondled or have to endure unwanted comments from customers while not feeling able to complain because of fear of losing their jobs. All this is complicated because of the number of undocumented workers finding employment in the restaurant industry. Safety for workers and customers is compromised because restaurants do not often provide health care. Frequently cooks are forced to use spoiled ingredients rather than be allowed to dispose of them, making it more likely that customers will become ill. Sick employees cannot stay home sick for fear of losing their jobs, and no health care insurance is the norm. ROC (Restaurant Opportunities Center) seeks to educate individual restaurant owners as well as large restaurant chains concerning how these practices not only harm employees, but damage the bottom line of the restaurants themselves. Their COLORS restaurants in various cities serve as demonstration centers for humane treatment and workable relationships between management and workers that can positively effect profits. 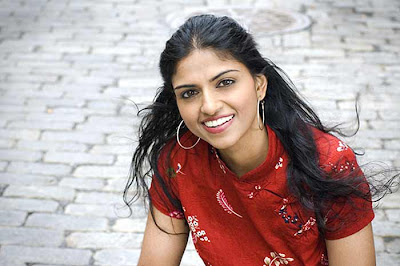 Jayaraman weaves the stories and lives of the people she has come to know and value through the narrative to give her story a more human face. She presents a woman from Latin America who settles in San Antonio, TX where she waits on table to support herself while attending high school and college while living in sub-standard conditions with her large, extended family. She tells of a man who came to America after the disastrous earthquakes in Haiti. She details the story of a man from Detroit who overcomes terrible home conditions to rise to ownership of a fine dining restaurant. Each of these, and other, individuals is ambitious to work in an industry they entered because jobs were available and came to love because of the nature of the work and the satisfaction it can provide. At times their stories may be complicated for some readers by their undocumented status, but there's no doubt about the ability and sincerity of many of these under appreciated people.

Saru Jayaraman and Fekkak Mamdouh are co-founders of the Restaurant Opportunities Center which began life as the Restaurant Opporunities Center of New York and then expanded as workers in major urban areas heard of their success. Their story is told in Behind the Kitchen Door. But the story continues as a movement and an organization designed to better the working conditions and opportunities of restaurant workers. As such it has a national web site as well as local web sites for local chapters of the organization. The book emphasizes local sourcing and sustainable agriculture as well as altered human relations and improved personnel practices in the restaurant industry. It is simply and elegantly told, while never dodging the hardships many of the workers face in their personal and work lives. The issues of justice and health are real, affecting every person who works or eats in restaurants from the plainest local diner through chains to the highest quality fine dining establishments. I was provided with an electronic galley of the book by the publisher through Net Galley.
Posted by Ted Lehmann at 2:20 PM