The B Side by Ben Yagoda - Book Review 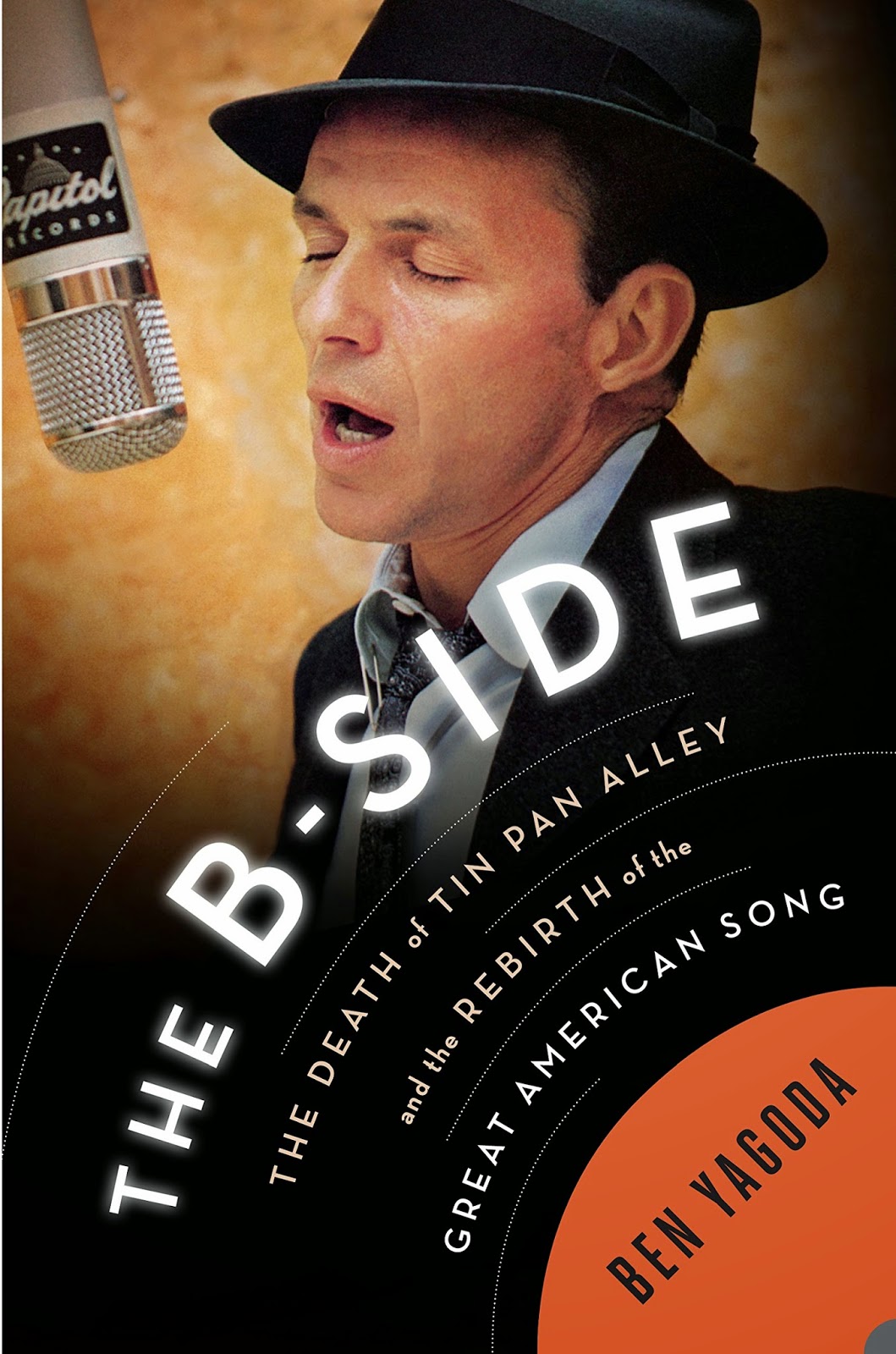 Ben Yagoda's The B Side: The Deathof Tin Pan Alley and the Rebirth of the Great American Song (Riverhead/Penguin, 2015, 304 pages, $27.95/11.99) provides an invaluable overview, crammed with names and details, describing the the development, degeneration, and rebirth of the song in American popular music. Written by a scholar who is also an avid fan, the book explores the ups and downs of the popular song in American music reflecting changes in taste, copyright law, technology, and the broader society from the early twentieth century through a variety of musical eras to the turn into the twenty-first century. For a reader like me, whose musical influences reach back into a couple of decades before I was born in 1941 through the death of big bands, the rise and fall of major Broadway and Hollywood movie musicals, the emergence of a stronger sense of genre and separation, and the rise of the current crop of singer/songwriters, this book serves to enrich and preserve a song tradition for me and helps to keep it all in perspective. For a younger person, it can help listeners better understand the influences that have shaped their music which has become increasingly democratized and divisive as society changes. In either case, this book provides a wonderful overview as it also serves to introduce and elucidate the importance of many performers whose work might otherwise fall from consciousness. This is an important addition to the literature of music and should be a part of any popular music lover's library.

An important element of The B Side is Yagoda's emphasis on how technology and politics have affected the content, shape, and nature of the American song. He covers the technological changes from the popular late nineteenth century piano rolls through 10” and 12” inch 78 RPM records, the invention of long playing records, the freedom provided by portable radios and cassette tapes, the development of radio and television, and more. I was surprised to discover that the “mechanical” royalties I hear talk about from musicians are actually a reference to the 1909 copyright law which provided for royalties for song writers and refer specifically to a mechanical device, the player piano roll. Another shaping factor was the fact that the length of contemporary songs (three to four minutes) was mandated by the playing time of the twelve inch 78 RPM record, while the LP made it possible to construct longer and more complex compositions. Yagoda does not bring his narrative forward to the day of the You Tube or audio streaming and the possibilities they present, only hinting at the opportunities the new technology offers. Meanwhile, the battles between professional rights organizations ASCAP (founded in 1914 by composer Victor Herbert) and BMI (founded in 1939) to organize, protect, and, ironically, sort into classes, the interests of composers and musicians both restricted and opened the world to new kinds of musical expression. BMI became the professional rights organization of country music and “race” music when the music of rural and black Americans had difficulty getting air play and gaining traction in a world dominated by the Broadway, Hollywood, and Tin Pan Alley composers ASCAP represented. The politics and law of music have helped shape it as much as the technology has.

The portraits of songwriters and song pluggers whose world was the area of the lower west side of Manhattan known as Tin Pan Alley and the Brill Building, located in Broadway's theater district,  are interesting and thought provoking. In the early twentieth century a group of largely Jewish songwriters had small studios in Tin Pan Alley where they worked churning out songs which they then sought to sell to publishers of sheet music who employed song pluggers to go out and sell the sheet music and, later, recordings to music outlets, first stores and then radio. The Brill Building became the center of song writing and publishing for the great and not-so-great writers of Broadway musicals as they changed from thinly plotted opportunities to present the songs to the complex musical plays that emerged in the late thirties and then into the height of the Broadway musical in the fifties and sixties. A counterbalancing industry developed in Hollywood from the first sound pictures through the great movie musicals starring Fred Astaire and Ginger Rogers as well as Judy Garland in everything from The Wizard of Oz through a series of easily forgotten films with Mickey Rooney of the “lets make a musical” genre, to the wonderful 1954 film A Star in Born. It's all here.

Another feature of The B Side is the profiles of singers and songwriters through this period. Bing Crosby, Frank Sinatra, Tony Bennet and others are well represented, but I also met (and listened to) the works of a 50's and 60's singer named Blossom Dearie, her real name, who could really interpret a song standard. It's in the story of the development of standards, the songs which dominated my era of listening, by people like Sinatra, Ella Fitzgerald, Tony Bennet and Billy Holliday a whose work brought a particular excellence to the works of Gershwin, Berlin, Cole Porter to Burt Bacharach and Carolyn Leigh and so many others, that this book shines. It also emphasizes the importance of the “songbook” influencing the performances of later writers and performers like the Beatles, who took the standards and built a music with other roots in blues, folk and African American music to create rock and roll and succeeding formats. 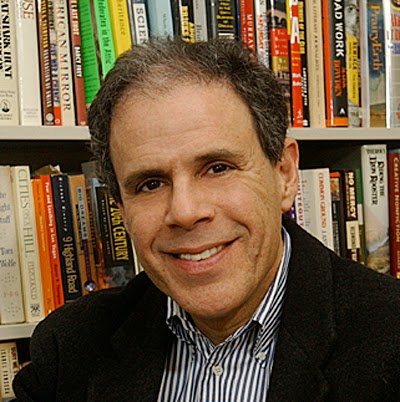 Ben Yagoda is a journalism professor at the University of Delaware. He is the author, coauthor, or editor of twelve books, including About Town:The New Yorker and the World ItMade; How to Not Write Bad; Memoir: A History; and Will Rogers: A Biography. He contributes to The Chronicle of Higher Education’s “Lingua Franca” blog and has written for Slate,The New York Times Magazine, Esquire, and The American Scholar, among other publications. Yagoda lives in Swarthmore, Pennsylvania, with his wife.

Ben Yagoda's The B Side: The Death of Tin Pan Alley and theRebirth of the Great American Song (Riverhead/Penguin, 2015, 304 pages, $27.95/11.99) underscores how each succeeding generation takes the music to different places as a reaction to earlier formats and sounds, and how music consumers emphasize the degredation of popular culture as the shifting musical sands beneath their feet cause discomfort and imbalance. It's only when distance can provide a perspective that we see and understand these contributions as being additive. Thus popular music eventually consumes and normalizes each new revolutionary addition as the rough edges are filed down and smoothed over, making the resulting music more widely palatable and less daring. The role of bebop subsumed into contemporary jazz and then later popular song is instructive as will be the contributions of hip hop, grunge, and modern country to later emerging songs. Yagoda's work emphasizes the amount of mediocre and trivial music necessary to generate the kind of quality that eventually becomes standards, and thus part of what will continue to grow as The Great American Songbook. I highly recommend this book as an entertaining and informative overview of popular music in the twentieth century. Reading this book while listening to the music through a streaming service like Spotify will enhance and enrich the experience. It would be a wonderful addition if Yagoda, or one of his graduate students, would construct an online playlist to supplement the reading. I received the book as an electronic galley from the publisher through Edelweiss and read it on my Kindle app.