Watch Your Back by Donald Westlake - Book Review 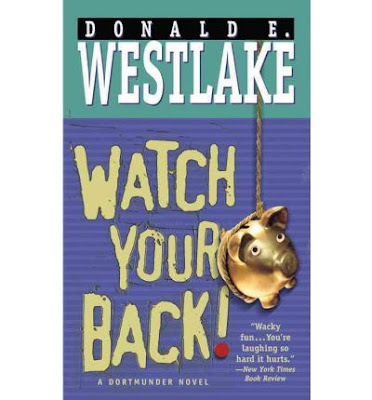 Donald Westlake takes his time. One of the mos renowned contemporary American crime writers, Westlake slowly but surely builds his plot, introduces his characters, and brings them together in a riotous, enjoyable, comic crime novel that concludes driving the reader right to the end, after wondering, for a while, if reading this book would be worth the time and effort. In Watch Your Back!, Westlake introduces Dortmunder, the central character in this series of fourteen novels and eleven short stories running from from 1970 - 2009 (published posthumously). Watch Your Back! (Grand Cenntral Publishing, 2006, 360 Pages, $27.00/6.99), is the twelfth, first published in 2005, leaving me with plenty of room to get caught up.

With practically the same sentence book-ending Chapter 1 and final chapter, number 55, Westlake manages to weave one of the most complex plots I've ever read while bringing the whole construction to a completely satisfying ending and leaving me, as the reader, hungering for more. With most of the story built on character and plot rather than action, containing almost a complete absence of violence, and with numerous chuckles and a few outright laughs, Donald Westlake, though he's been deceased for nearly a decade, has promised me hours of further reading, and many opportunities to tap the local libraries and used book web sites for further grist.

John Dortmunder, the central character among this unlikely crew of small-time crooks, enters the O.J. Bar & Grill one day in July for a meeting with his associates in the back room, only to discover the back room is closed, the bar-stool regulars quiet, Rollo, the bartender, behaving unlike his usual welcoming self, and two threatening thugs overseeing it all from a booth in the rear. The back room is no longer available. Soon there emerges an unlikely crew of thieves, mobsters, a billionaire hiding from his many wives at a Club Med in the Caribbean, a fence who's identified a likely site for a heist, and a young wannabe crook named Judson. How the sad closing of the back room at the O.J. brings this unlikely cast of characters together and into conflict creates the sense of fun and suspense. Dortmunder appeared in Westlake's writing when a Parker novel he was writing (under the pseudonym of Richard Starke) seemed too funny to fit Parker's darker, more violent persona.

Most of the crew of small-time crooks who are recurring characters in the series, are involved in the intricate Watch Your Back!. Andy Kelp, a resourceful crook and Stan Murch, a cab driver, are the only two characters besides Dortmunder appearing in the entire series. Tiny, the muscle of the crew, and the fence , Andy Albright, appear in this novel, too, along with a number of other semi-regulars. It's a testament to Westlake's skill as a writer, that the characters are sharply enough etched that they need no particular back story to be included. Even though this is the twelfth novel in the series, I came to know the essentials of the characters quickly. I'm sure they'll be filled in for me as I read further books in the series, a task I look forward to undertaking. I won't, however, be exploring the plot of this novel any more here, since Westlake's work is so strongly plot driven. Have fun! 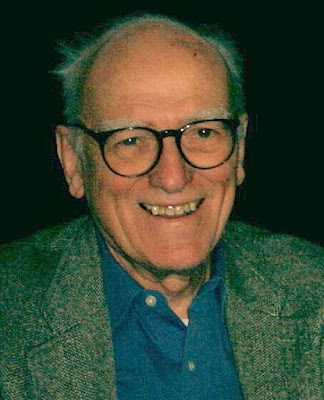 Donald Westlake (1933 – 2009) was a prolific and highly regarded writer of genre fiction, mostly crime, who won nearly every award available to crime and thriller writers. According to his son, Paul, who's the caretaker of the extensive Donald Westlake web site, Westlake wrote more than 100 books under a variety of pen names as well as numerous articles, film scripts, and too much more to mention. He wrote in a variety of genres, including crime, science fiction, biography, history, and children's stories. For further information about prolific and interesting writer, check out the web site.

I heard about Donald Westlake when his name was mentioned in an Amazon.com review comparing Timothy Hallinan's writing to Westlake's. Every writer develops a different and, if they're good, idiosyncratic style. Westlake's writing, at least in the Dortmunder series, seems somewhat emotionally detached as he adopts a light, unhurried, but crisp and compact style. As the setup begins to clarify the relationships and coincidences which comprise the bulk of this book, it takes on an increasing drive while never sacrificing the wry good humor hovering over this gang which never seems to get things quite right. I bought Watch Your Back! (Grand Central Publishing, 2006, 360 Pages, $27.00/6.99) from Thriftbooks, which has become my go-to web site for used paper back books. They deliver quickly, and almost every book I've bought from them has arrived in good condition with no shipping costs. I highly recommend Watch Your Back!