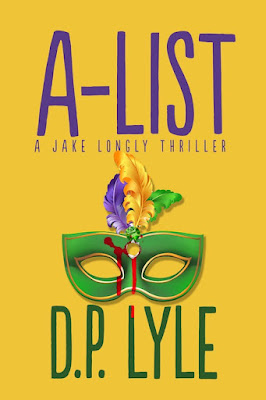 A-List by D.P. Lyle (Oceanview Publishing, 2017, Oceanview Publishing, $14.95/$9.99) is a lively, detective procedural set in New Orleans, which always provides lots of local colorful characters to story lines. Kirk Ford, a movie star with a “pretty” face has woken up in his hotel room with the dead body of his current girl friend lying beside him. That’s the entry to the plot of the second outing of the Jake Longley Novel by D.P. Lyle, a veteran writer of crime fiction and real crime books. Jake Longley, something of a slacker son ex-baseball player son of P.I. Ray Longley, proprietor of Longley Investigations, is eyeing the beautiful, lithe, Nicole Jemison as she exercises and he fantasizes, when the phone rings, providing an entry into the fast-paced, intriguing world of this second book in a new series set in New Orleans, where the death occurred. In strong, hard-boiled detective writing, A-List starts off with plenty of snappy dialogue, strong place-setting description, and driving plot to capture the reader and propel the story forward with these two likable problem solvers whose looks and tastes for life and each other make them both attractive and the nutrient for the pleasant diversion to come.

While Jake seems to be a reluctant detective and Nicole a willing and talented apprentice, the chemistry between the two jumps off the page. They often appear, almost, as willing, attractive sex kittens eager to roll around in the hay or luxuriate in the shower before getting on with the business of solving the crime. However, considering the present climate, this might not be an auspicious theme for a contemporary who-done-it’s interpersonal plot line. Nevertheless the setting and situation are made for a good story. The murdered girl is the niece of Tony Guidry, identified as a local mobster well connected with the political and law enforcement authorities. The initial bail hearing with its gawking crowd in the background sets the hierarchy of power in notoriously corrupt New Orleans. It’s up to Jake and Nicole to find the keys to this very promising romp.

Lyle uses well-wrought, fast-paced dialogue to reveal character and plot. He is a real pro at this, combining punchy, brief description with dialogue to make the book a consistent page turner. This combination often differentiates the newcomer to genre fiction from more experienced writers. Early in this reading, the first with this writer for me, I couldn’t tell whether the dramatic tension resulting from these strong story telling traits would continue. His continued precise, vignette descriptions of characters and settings throughout the book display his ability to sustain the tone. Such sparse immediacy is often the work of very careful paring down to essentials found in good popular writers of contemporary fiction, where readers insist on getting on with it.

As the story proceeds, it develops that both Kirk and the dead Kristi had Ketamine in their systems, suggesting the possibility that a third party has somehow entered the locked room to strangle Kristi. The book is flawed, with a guilty suspect emerging too soon, as the trick in a who-done-it is to introduce the character, yet keep guilt hidden as long as possible, allowing the guilty person to emerge as a surprise. This separates it from a procedural, where we may know the guilty party but find intrigue in the process of discovering who it is. Let me know if you find the same issue.

A-List contains an interesting emerging father/son relationship between the seemingly shiftless Jake, a former major league pitcher whose career was shortened by injury, and his father Ray, the head of Longley Investigations and a smart, hard-working guy who always puts work first. It adds some depth to Jake who turns out to be less of a slacker than he tries to appear. 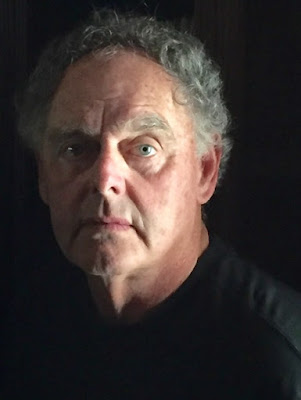 Lyle is at his best when revealing plot and character through dialogue. Setting becomes the backdrop for the revealing dialogues he creates between his people. He has a clear idea of what motivates each one as characters emerge in their discussions with others, each one letting the reader in on important details. He is an experienced writer who has written several other series as well as several books about how to write detective fiction. After many years practicing medicine as a cardiologist, he now writes non-fiction about forensic medicine with an eye toward supporting other crime writers. He also maintains The Crime Writer’s Forensics Blog.

A-List by D.P. Lyle (Oceanview Publishing, 2017, Oceanview Publishing, $14.95/$9.99) resonates with skill, insight, and the plain hard work of good writing. But, about ¾ of the way through the book, I think I solved the crime. This is a disappointment in a book with fairly intriguing characters, lots of excellent dialogue, and the always intriguing setting in New Orleans, to discover a plotting flaw that may give away the doer through a plotting error. Nevertheless I enjoyed this book while discovering a new, to me, writer who has the added attractiveness of having written several other series as well as books designed to help aspiring and practicing mystery writers cope with technical details about writing. I read A-List as a pre-publication electronic book provided by the publisher through Edelweiss on my Kindle app.


Please remember that books I review are available in various editions at Amazon.com. If you order them through a link on my blog, I receive a small commission and you pay no more. This title is currently available on Kindle for $0.99.
Posted by Ted Lehmann at 8:30 AM