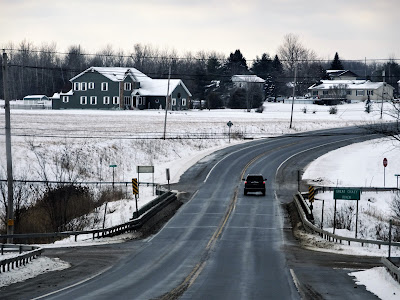 Every year, in mid-December, we head north to Ellenburg Depot, NY for the Gibson Brothers North Country Christmas Show held in the school they graduated from a few (not so few any more) years ago, Northern Adirondack Central School. Every year the modern school auditorium, seating a little over 600, sells out for this much anticipated return of the two brothers who've helped introduce this small farming village just five miles south of the Canadian border to a larger audience. 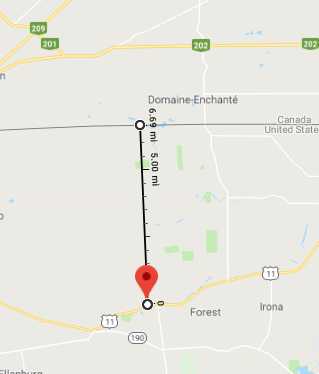 By now, winter has settled in. A deep chill cuts through us southern flatlanders in ways that no amount of piling on more clothes really stops. If you're from the North Country, a name applied to help differentiate from Upstate, which is really anywhere north of New York City and West Chester County, you learn to make winter work for you, keep moving, and make sure there's plenty of venison in the freezer. You also head for Florida, if you can. For those of us who know and love it, the North Country and its strong, resilient people is a place to nourish and treasure. 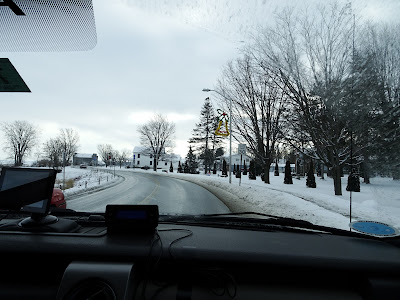 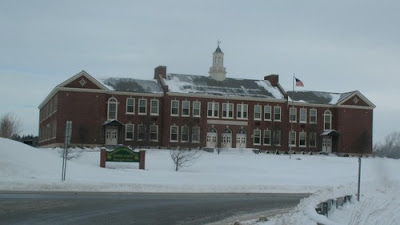 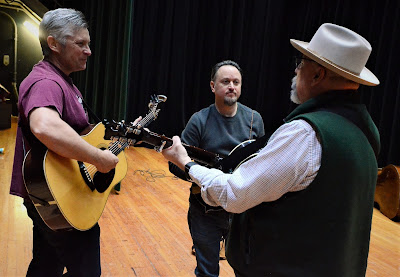 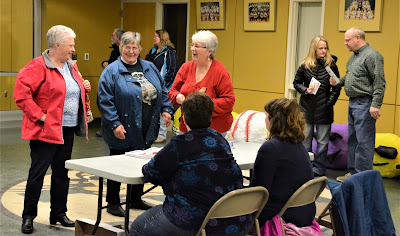 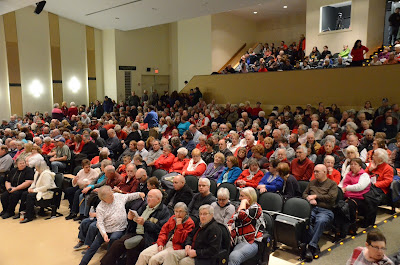 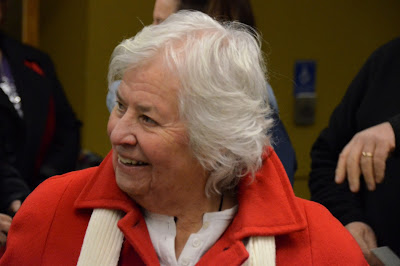 Gibson Brothers with Erin Gibson LaClair - Light in the Stable

The Gibson Family grew up on a small dairy farm just a few miles north of Ellenburg Depot. They began singing in church and learned a love of country music from their father, the late Kelley Gibson. They went to bluegrass festivals in southern Quebec and around the region. They both graduated from the State University of New York at Plattsburgh, which recently awarded them honorary Doctor of Fine Arts degrees for their contributions to the College and the region. Since becoming full-time musicians, they have twice been named Entertainer of the Year by IBMA (International Bluegrass Music Association) and the last nine of their recordings have reached #1 on the Bluegrass Unlimited charts. 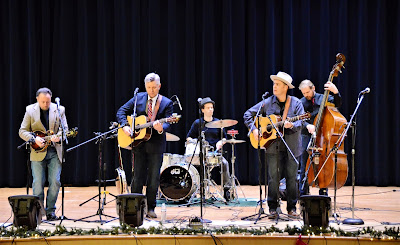 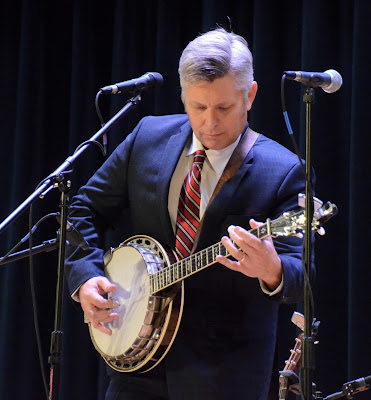 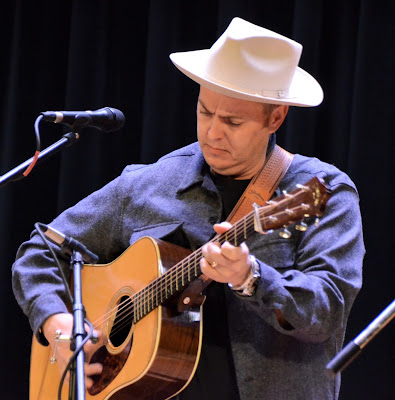 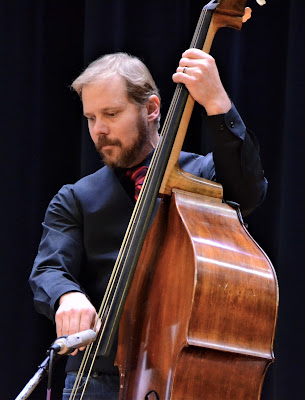 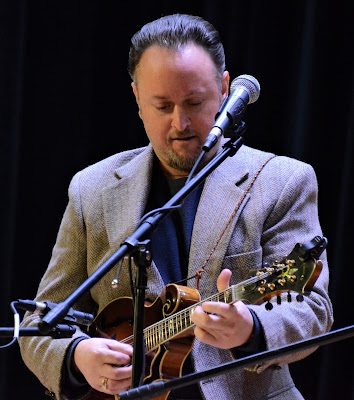 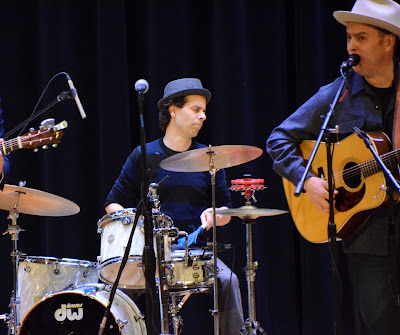 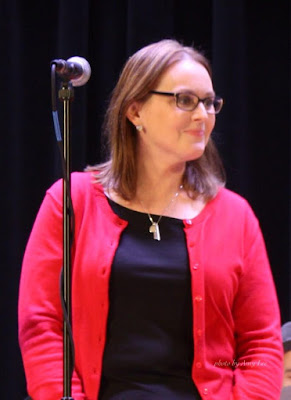 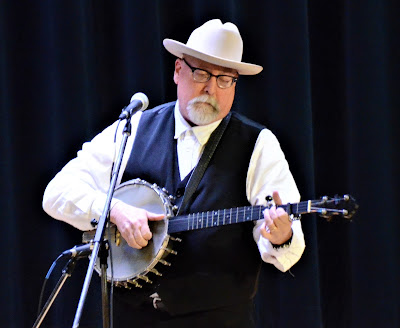 People who've had the opportunity to watch the Gibson Brothers carefully know that simply buying their recordings or listening to them doesn't capture the essence of what sets them apart from other bands. At a Gibson Brothers performance, what goes on between the songs is nearly as important as the music they make. The loving, yet humorously bitey interaction between two brothers only separated in age by eleven months is crucial to a full appreciation of their appeal. The clip below offers a three song medley seeking to capture some of this magic. It also includes a remarkable song called "Christmas in the Trenches," which recreates a moment from a Christmas a hundred years ago in the Ardennes forest. Make sure you catch Joe Newberry singing it.

Joe Newberry's name has long been familiar to fans of A Prairie Home Companion, the NPR weekend evening entertainment show hosted by now retired Garrison Keillor. Newberry's singing, multi-instrument playing and song writing, though, have long been known fans of folk music, old-time, and bluegrass. He's written a number of songs with and for the Gibson Brothers including "Singing as We Rise," "The Darker the Night," and "I Know Who's Tears." He's also credited as co-writer with Eric Gibson on IBMA 2013 Song of the Year "They Called it Music." The current Christmas tour has the added excitement of Joe's presence. Here's a dual banjo instrumental with Eric and the rest of the band that brought the house down.

The Gibson Brothers with Joe Newberry - Breaking Up Christmas 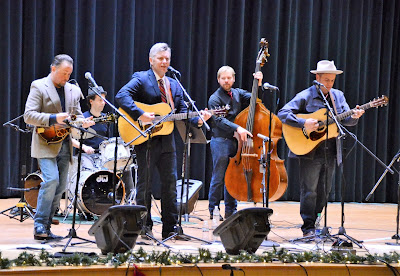 Afterward - The Merch Table Was Crowded 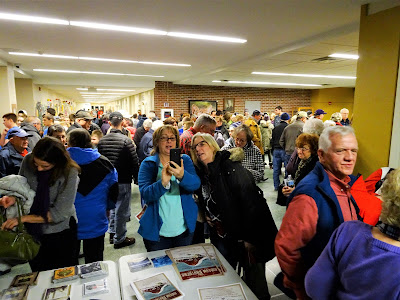 The Road Home Was Clear and Cold 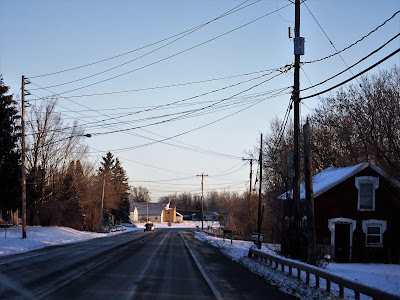 The Boats Wait For Summer in Champlain 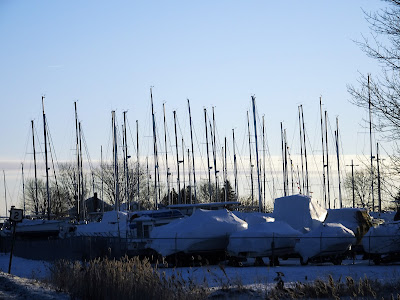 ...And the Mountains Are Clear and Cold 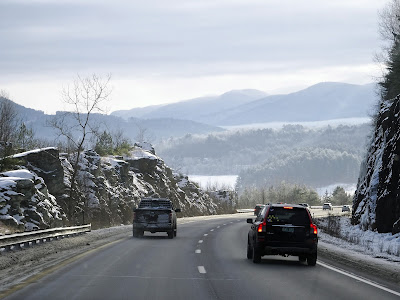 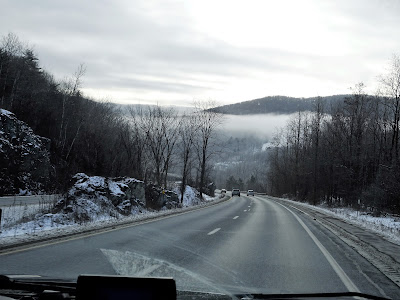 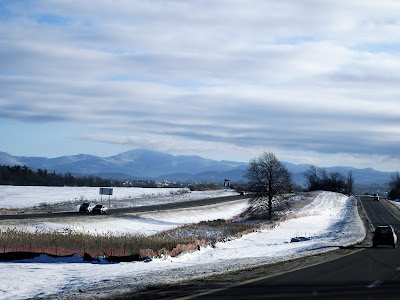 Merry Christmas, Everyone!
Posted by Ted Lehmann at 9:58 AM