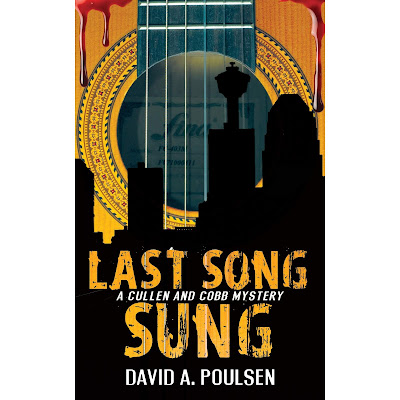 David A. Poulsen has written Last Song Sung: A Cullen and Cobb Mystery (Dundern, 2018, 352 pp., $17.99/5.38) the third volume in a detective series set in Calgary, British Columbia. The lead characters, journalist Adam Cullen and private detective Mike Cobb seek to solve a fifty year old mystery set in the world of 1960’s folk revival and political chaos. Their back story involves the still unsolved murder of Cullen’s wife Donna in a fire set by an arsonist. When the police cannot identify the killer, Cullen hires Cobb, who also fails. Two books later, the two have become partners in detecting and solving crimes, with Cullen serving as researcher and co-investigator. He has also gone on with his life, developing a relationship with Jill Sawley and her daughter Kyla, both of whom he loves and is deeply involved with.

In Last Song Sung, the duo is hired by Monica Brill to discover the fate of her grandmother, Ellie Foster, a folksinger who was abducted from The Depression, a coffee house in Calgary fifty years earlier during an incident in which two of her fellow musicians were killed in an adjoining alley as Ellie was forced into a car and driven away. Recently, a CD has been mysteriously placed in Monica’s car. On listening to it, she has become convinced it’s the voice of her grandmother singing a previously unknown song containing elusive language she thinks might prove to be clues to what happened to Ellie and perhaps to help find her, if she’s still alive.

Meanwhile, Cullen has been requested by Marlon Kennedy to take on a surveillance task undertaken twenty-four years before when Faith Unruh was brutally murdered. Kennedy has quit the police force to obsessively video and maintain surveillance of the former Unruh home where he believes the killer will one day return to the scene of the crime, leading to his identification and capture or death. Kennedy must be absent for a few days to tend to his dying ex-wife. Cullen, who Kennedy had almost killed several years before thinking he might be the killer, has been asked to camera-sit while Kennedy travels to his ex-wife’s side.

A third plot line is introduced that, at least at first, makes no sense. The rescue mission where Cullen’s lover Jill works is in financial distress, with their funding running out. Cullen arranges to meet with the leader of a motorcyle gang called MF to seek, for some unknown reason, a donation from them to the mission. At the end of the meeting a threatening suggestion that if they decide to donate might put Cullen, Jill, and even Kyla in jeopardy is introduced, but never fully developed. The connections between the three plot lines are tenuous at best.

I found this book to be ploddingly slow, without much happening as Cullen and Cobb pursue their slender clues eventually leading deep into the Canadian coffee house scene of the 1960’s and the political radicalism of that era. Eventually they travel to to Canada’s capitol Ottawa for the resolution. The dialogue is plodding at best, barely substituting for more extensive description, which would have been worse. The action sequences are few, far between and unconvincing. There’s never a moment in the novel where the action is heart stopping or the dialogue snappy and lively. Poulsen’s insertion after the climax of a cliff hanger designed to get me to read the next volume is transparent, while taking away from a potential for a more immediate and interesting ending to the current volume. The end is more than unsatisfying without succeeding in being seductive. 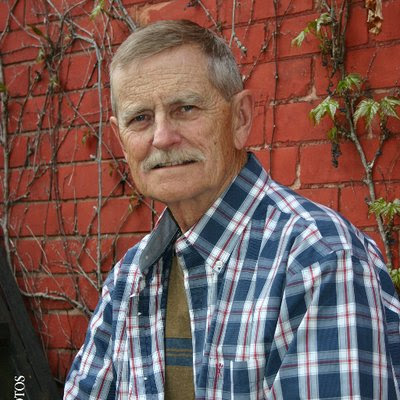 David A. Poulsen has been a teacher, actor, cowboy, high school football coach and, most of all, a writer. He is the author of more than twenty-five books, including YA titles and the current novel, the third outing of Cullen & Cobb. According to his online profile, he is also a noted rodeo competitor, announcer, and former rodeo clown, with over 1500 performances to his credit.


Last Song Sung: A Cullen and Cobb Mystery (Dundern, 2018, 352 pp., $17.99/5.38) by David A. Poulsen leaves too many balls in the air without raising the heat enough to make any of them really interesting, breathtaking, or satisfying. Set in a period still of interest to people because of the folk music era it tries to evoke and the time of political disruption not unfamiliar to us today, this should be an intriguing and involving story. Sadly, it falls way short of the mark. The plot is plodding, the dialogue lacking spark, and finally, through the device of a nakedly obvious concluding cliff hanger, dishonest. I received the book as a pre-publication electronic galley from the publisher through Edelwiess. I read it on my Kindle.