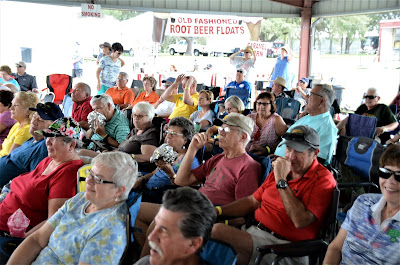 The Florida Bluegrass Classic has a long history dating back to its early years at Dixieland RV Park in that famous Florida speed trap, Waldo, FL, which Ernie Evans took over in 2013, just as it was about to go broke. Over a period of three or four years, he resuscitated the event, even as the park continued to deteriorate, no longer able to handle the size crowds that were attracted despite being plagued with poor drainage and limited space. As a result, a search ensued and the Florida Classic Park, heretofore primarily the site of numerous dog shows and a Native American pow-wow, emerged. Set on a 50 acre site with a covered pavilion, over 250 RV sites with electric and water, and close to the necessary support systems, The Florida Bluegrass Classic was born five years ago. As the festival has developed, it's lineup, and the nature of the crowd it attracts has become increasingly varied and interesting. This year's lineup promises to offer a range of music from traditional bluegrass through classic country, to the Atlantic City style 1960's pop. Come to this event to enjoy the music, the fellowship, and the warmth of people coming together for a good time of music and fellowship.


The Lineup
in order of appearance - not repeated
Brian Smalley 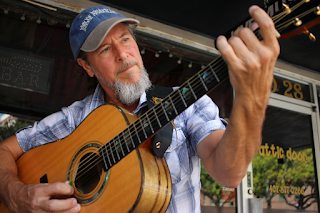 Brian Smalley will be appearing on Tuesday evening for early-bird campers and ticket holders from the Brooksville region who come over for the evening. His music has been described thus, "Brian has borrowed from folksy flatpick guitar and new-grass as well as a touch of new-age acoustic music. He sings with a soulful, earthy yet energetic voice and his live performances tend to be just that: Lively! For the past eighteen years Brian has made music his sole occupation," These Tuesday shows always offer something new for most of the attendees, often exciting, but always interesting. If you can get to campground early, this show will be a good bet. 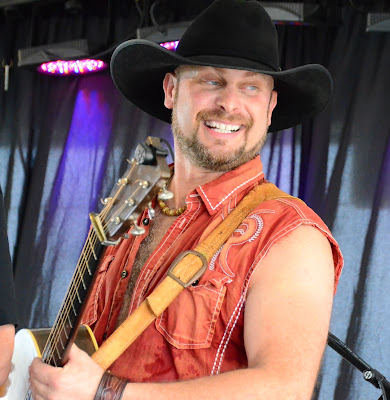 Rodney Parker will host Wednesday evening's open mic as well as sing a few tunes with the pick-up country band to be assembled for that purpose. A part of the EMS production team, be sure to say "Hello" and get to know him.
Tuesday Open Mic 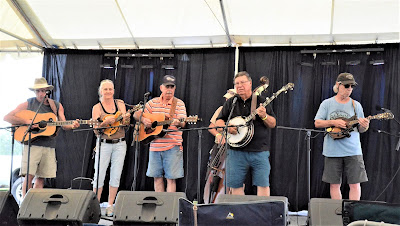 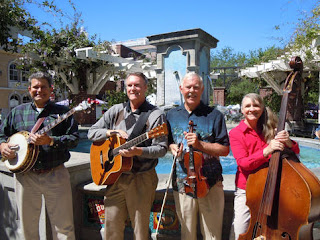 The Sandy Back Porch band comes from the central Florida, Orlando area of the state where they play classic bluegrass and country tunes, enjoy covering Johnny Cash/June Carter Cash duets, as well as having special purpose programs for Christmas and gospel music audiences. Look for a lively, hard-working band. 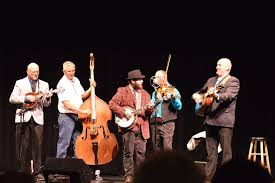 Justin Mason has been a growing presence in Florida Bluegrass as a member of his family's band and now the name member of his own band, on the road, now, for about a year. Justin is an acute viewer of the bluegrass scene as well as a thoughtful analyst of the music itself. His hard work assisting with Evans Media Source festivals in a range of roles has helped him continue his development as both a band member and the band leader of Justin Mason & Blue Night This will our first view of this band, and we're looking forward to it. 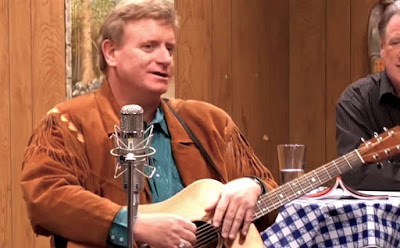 The name Johnny Counterfit may give you a hint of what you're in for with this show on Thursday, the opening day of music at the Florida Bluegrass Classic, but there's very little information available on the Internet about this music impersonator/comedian. The Sneak Preview below should give you a hint about why you won't want to miss the first day of this three day musical event. 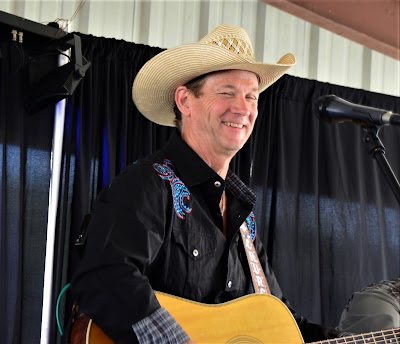 David Church has had a long career in country music, with many years as a cast member on RFD-TV's Midwest Country program. According to his web site, "featured for over seven years."  Performing along with his wife Terri Lisa specializing in covering Hank Williams tunes while also presenting a range of country and bluegrass tunes. His web site emphasizes his and Terri's strong patriotism and their commit to featuring American made products on their merchandise table. 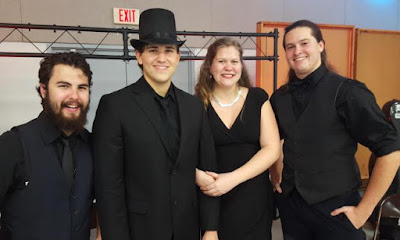 While primarily an inventive, exciting bluegrass band from Florida, centered in St. Augustine, Remedy Tree has appeared on The Blue Plate Special at WDVX, the prestigious roots FM radio station in Knoxville, TN. The band bills itself as "North Florida's progressive acoustic music band," but it sounds like a very good modern band to me. I'm ready to really enjoy this band as a good representative for this change-of-pace festival setting.

Remedy Tree - All Along 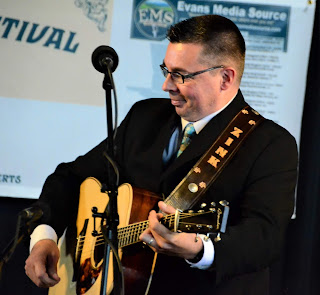 Corey Zink has recently moved from his home in Massachusetts to become a featured cast member at Dollywood in Pigeon Forge, TN. Currently, on hiatus from Dollywood, he is touring with his band, featuring Jesse Brock on mandolin. The band also includes Joe Menzone, a fine banjo player from Connecticut and John Roc, from Massachusetts. For those who ask, "Do ya'll have bluegrass music up there?" the answer will be right in front of you with Corey's fine baritone voice, his song-writing, and his able band. Zink & Company. 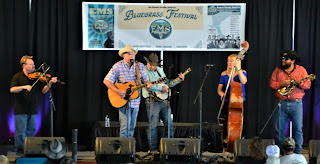 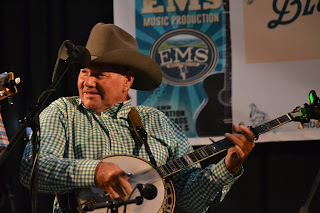 People often think of Florida in terms of citrus fruit and retirement housing, but Florida also ranks twelfth in the nation in number of ranches and head of cattle, according to one source. Keith Bass, in addition to being a first rate regional band leader, is a real cowboy, a ranch manager by vocation. Florida Bluebgrass express is a popular regional band that you'll enjoy.

Keith Bass & Florida Bluegrass Express - I Loved 'Em Every One 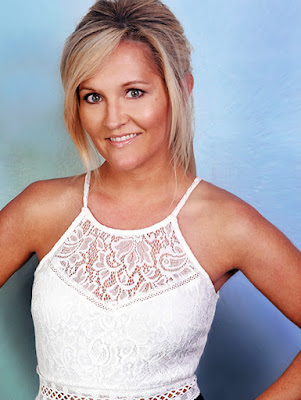 We first saw Teea Goans at the legendary Music City Roots in Nashille, about ten years ago. At that time she was a pleasant, but not yet seasoned country performer. My how times have changed! Goans has matured into a fine singer as evidenced by the video below. She has released four albums as well as being a featured cast member on RFD's "Country Family Reunion" and "Larry's Country Diner. Her promo material emphasizes her deep connections to traditional country music.
Teea Goans - I Didn't Mean to Love You 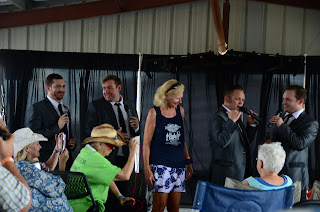 The Atlantic City Boys return to the Bluegrass Classic by popular demand with their high energy, audience-centered, Las Vegas style show featuring music a la Frankie Valli and The Four Seasons. Join the fun for this fine show which, at first, might seem out of place, but quickly finds its groove with the Bluegrass Classic crowd. 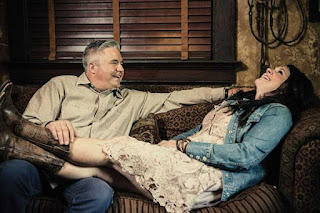 Kenny Smith,  awarded IBMA Guitar Player of the Year and his wife Amanda, a Female Vocalist of the Year, team up as a tuneful duo presenting a range of bluegrass and ballad singing with impeccable picking and singing. Theirs is a love story that has inspired bluegrass fans for more than a decade as they have toured together. The warmth of their musicality and their relationship comes through with every note.

Kenny & Amanda Smith - A Heart That Will Never Break Again 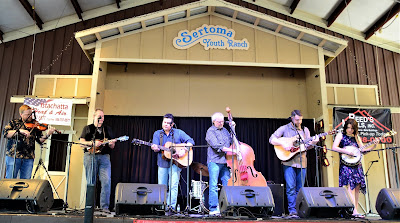 The Grascals began life as the house band in the Nashville's fabled Station Inn in 2004. Their lineage is so deep that bassist Terry Smith grew up working on Bill Monroe's farm. The band also toured with Dolly Parton for several years. While only two of the original members (Terry Smith and Danny Roberts) remain, the band continues to add fine new members. Kristin Scott Benson on Banjo has been named IBMA banjo player of the year five times, while the band itself has won multiple awards and nominations from IBMA, SPGMA, the Grammy's, and more. While retaining their allegiance to The Osborne Brothers and Jimmy Martin, their songs written from within the band continue to attract attention. Harley Allen's great song "Haggard,"  (below) currently tops the Bluegrass Unlimited charts. 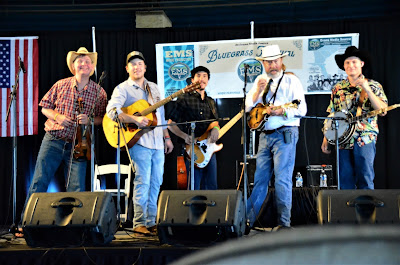 Nothin' Fancy has been entertaining bluegrass audiences for over twenty-five years with their combination of humor and very good pickin' and singin' bluegrass style. Leader Mike Andes continues to write strong songs, while adding a new generation of traditional music with the Cox brothers, Caleb, also a fine writer, and James. Chris Sexton, on fiddle brings the seriousness of a classically trained violinist to the often silly clowning to create a delightful mixture, which fans across the country and abroad continue to find enjoyable and interesting. Good fun!

Nothin' Fancy - Every Now and Then 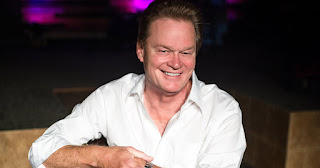 Doug Stone is primarily a baritone, ballad singer, working in the neotraditional country sound. He debuted in  1990 with a self-titled album. The single "I'd Be Better Off (In a Pine Box) spent twenty-six weeks on the Billboard Hot Country Songs chart, topping at #4. He has released thirteen albums as well as the same number of videos, and has been featured in one film. During his career, Stone has had six #1 singles. Recently, Doug Stone has toured in a "Reliving the 90's Tour" Look for an enjoyable dish of country nostalgia. 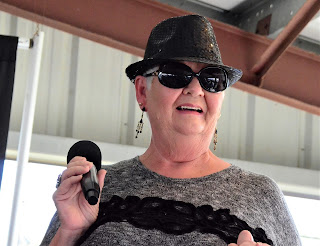 Jo Odum, a retired Georgia English teacher (but don't tell anyone) is a deeply experienced, knowledgable, and professional stage mistress of ceremonies at many Evans Media Source events in Florida and Georgia. She keeps events running smoothly, reminds the audience of upcoming events, points out the valuable contributions of the food and craft vendors, and maintains loose but effective order. Make sure you get to know her.


In order to plan your time at the Bluegrass Classic, click for the Complete Schedule 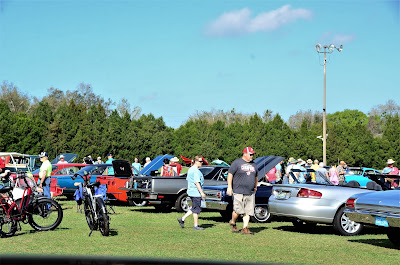 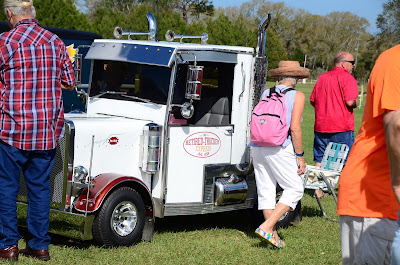 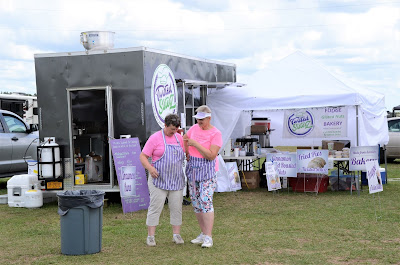 A variety of food and craft vendors supply food and some festival shopping delights. 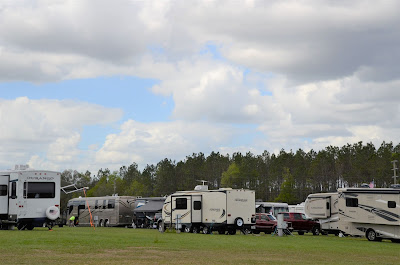 Camping: The Florida Bluegrass Classic is held on a large plot used for a variety of events within a few miles of Brooksville, FL  near exit 301 of I-75 heading west to Lockhart Rd. The site is topped by a covered building where most activities are held. The expansive campground has over 250 RV sites with electric and water as well as bathroom facilities with flush toilets and hot water. Camping Rates are: 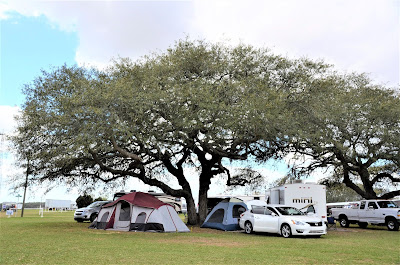 Bring Your Own Seat - No High Back Seats!

Location: The Florida Bluegrass Class is located at the Florida Classic Park. Here's the address: 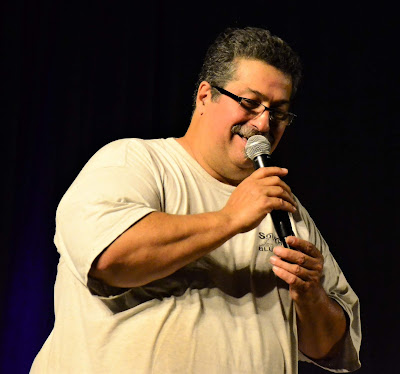