Blue Latitudes by Tony Horwitz - Around the World with Captain Cook 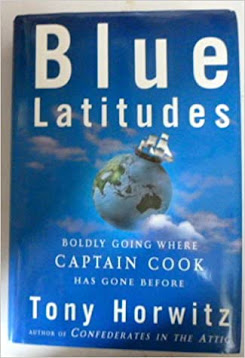 Most people are aware of a mid-eighteenth century British explorer named Captain Cook. Fewer of us know that he was the first person from the West to visit the extensive island chains in the Pacific Ocean as well as to explore and map the outlines of Australia and New Zealand. Fewer still know of his huge influence on later explorers, exploiters, and developers of a world-wide view or the development of what became the British Empire. Tony Horwitz in his marvelously informative and entertaining travel cum history book Blue Latitudes: Boldly Going Where Captain Cook Has Gone Before (Henry Holt & Company, 2002, 480 pages) brings the man, history, and the present together to provide lots of answers while raising not a few issues and some additional questions in a hugely entertaining and informative volume. 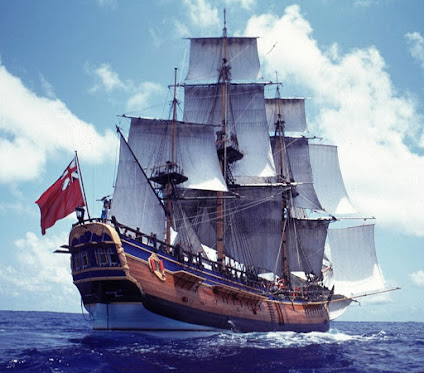 As a narrator seeking to write a serious account of Cook’s three voyages of exploration, Horwitz carefully describes the context and times of Cook’s explorations while including how these widespread Polynesian peoples have adapted to and been corrupted by the modern world. To do this, he decides to visit the places Cook visited. To add spice for the reader as well as a companion for himself, Horwitz invites Roger Williamson, an old friend with whom he has travelled and sailed before, to accompany him on his voyages. The contrasting viewpoints, perspectives, and lifestyles between the two men provide humor as well as insight into the world Cook uncovered and the way these far-flung islands have developed as they encounter the modern world.

James Cook, 1728 - 1779, during three voyages to the Pacific Ocean explored and mapped from the edges of Antarctica to the northernmost navigable waters on the Western edge of North America. He was particularly noted for his navigation skills, which provided maps still in use into the early twentieth century. He proved himself to be a remarkable leader - resourceful, relatively humane and brave. He discovered and/or mapped lands unknown to exist before he arrived, and extended the available knowledge of places already touched. While this book is not a biography, a picture of a smart, resourceful man who would not, under other circumstances, have had the opportunities, because of his humble birth, to rise to command or encounter the difficult situations in which he thrived. 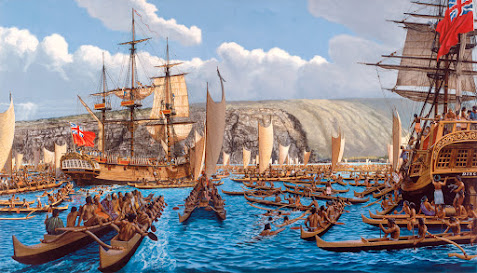 Horwitz’ book skillfully moves between accounts taken from Cook’s captain’s log and other writings as well as the writings and art of other members of his crew and adventurers who were carried aboard ship, possibly to help defray the costs of the voyage itself. In these segments he accounts for the “unspoiled” islands and their relatively primitive inhabitants. Then he spends time ashore meeting local inhabitants, both former visitors who have been attracted to the Pacific islands through readings and pictures of the lifestyle there who came to visit and stayed, as well as long-time peoples who have settled there earlier. The indigenous population, by this time, no longer contains very many, if any, pure Polynesian descendants. The cross cultural stories of exploration, exploitation, epidemic, and genetic melding create new societies as the tragic disappearance of a traditional peoples’ culture continues. 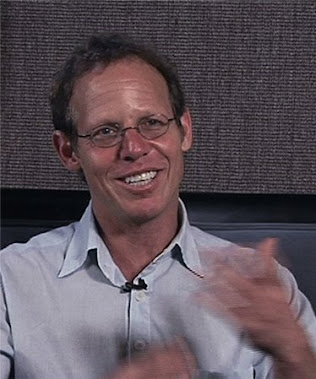 Tony Horwitz (1958 - 2019) was a Pulitzer Prize winner for his reporting on low wage working conditions in Wall Street Journal. He also wrote for The New Yorker as well as publishing several books. Sadly, he died suddenly while on a walk in 2019. He was sixty years old.

Blue Latitudes: Boldly Going Where Captain Cook Has Gone Before (Henry Holt & Company, 2002, 480 pages) provides interested readers with variety, enrichment, humor, and vision by showing the primitive paradise Captain James Cook found on his voyages in contrast to the diverse, complex societies which have developed in modern times. Readers of travel as well as those interested in primitive cultures and their introduction to the modern world will find this book a fascinating and worthwhile voyage of discovery for themselves.