Lady Justice: Women, The Law, and The Battle to Save America by Dahlia Lithwick 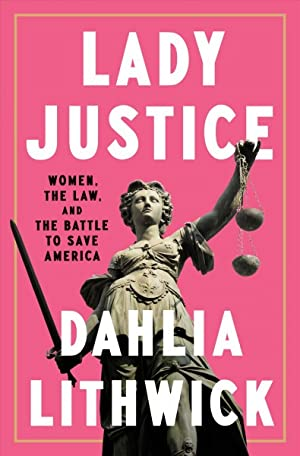 Lady Justice: Women, The Law, and the Battle to Save America by Dahlia Lithwick tells the stories of ten women who, through years of developing their legal practices, emerged, mostly, during the Trump administration as heroines for the rights of women and minorities, as well as helping to advance the awareness of men about the dangers of any profession being dominated by them. The book shows these advances through Lithwick’s clear understanding that effective legal practice requires not only tough-minded legal argument, but a strong emphasis on sharp storytelling. Through Lithwick’s clear thinking and penetrating narrative, each of the subjects emerges not only as a game changing attorney, but a woman of courage and persistence.

The book opens with a profile of Pauli Murray, one of the most important and least known pioneers in combining the law and women’s experience in high levels of energy, intelligence, perseverance, and effectiveness. A civil rights activist who earned her law degree at Yale, along with other degrees from first-rate graduate schools across the country, she influenced an entire generation of Black and civil rights attorneys as well as helping mold arguments for the Supreme Court. She later became an Episcopal Priest, influencing that once stodgy denomination.

Other chapters look at a series of attorneys who wove their influence through persistent effort against social reluctance for change in, often, male-dominated law firms where they experienced professional blockages and sexual harassment. They knew, however, they often could not openly resist without possibly (almost certainly) risking their personal advancement in an historically male-dominated profession.

Lithwick tells her own story in a chapter called “#MeToo,” in which she describes when, early in her legal career, she became a clerk for a Federal judge who was, among insiders, notorious for his sexual harassment of woman clerks, all of whom felt constrained from outing the judge because of the negative effect it might have upon their own careers. Most, torn between fighting back and fearing the loss of their own legal careers, chose silence. Lithwick eventually left legal practice to become a legal writer covering the Supreme Court and other issues, as well as hosting an informative and entertaining weekly podcast called “Amicus,” available on many platforms. 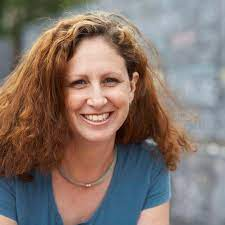 “Dahlia Lithwick is the senior legal correspondent at Slate and host of Amicus, Slate’s award-winning biweekly podcast about the law.  Her work has also appeared in The New York Times, Harper’s, The New Yorker, The Washington Post, The New Republic, and Commentary, among other places. Lithwick won a 2013 National Magazine Award for her columns on the Affordable Care Act. She was inducted into the American Academy of Arts and Sciences in October, 2018.”  Penguin, Random House

I found the book to be riveting reading, from a writer who knows that dry academic or legal language doesn’t really do a good job telling stories. Lithwick turns history into the kind of stories that increase understanding while holding onto a reader and simultaneously educting. I purchased the book from Amazon and read it on my Kindle app.