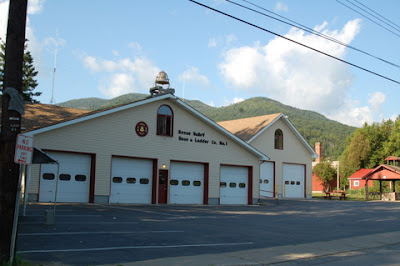 The 2000 census lists the population of Keene Valley, NY at 1063. In summer the population nearly triples, and this influx of summer residents is both a blessing and a curse. It’s a curse because the village is largely dependent on the business generated by summer residents and taxes raised from these (generally) wealthy summer people to fund its necessary and more 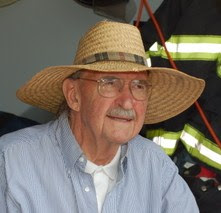 optional institutions. Furthermore, pressure to buy land and build second homes on it has driven the cost of living here to levels that make it nearly impossible for young locals to stay at home, work, and raise families. It’s a blessing, because the money makes it possible for this village to thrive in many ways, providing retail opportunities, service, and government jobs that otherwise might not be available.

Essex County, located in the northern corner of the Adirondack Park, is huge, about 500 square miles larger than Rhode Island, but has amassed a population of only 38,000. This rural village in the heart of the Adirondack wilderness is a thriving and lively place and the home of the annual Keene Valley Fire Department Field Day. Volunteer fire departments in the US are facing something of 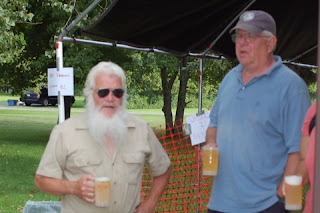 a crisis. Volunteerism has declined while the performance standards for membership have risen. Members of volunteer fire departments, at least in New York, must constantly train to upgrade their skills and raise money to upgrade their equipment. But a village like Keene Valley would be in jeopardy if it weren’t for the existence of the KVFD and its ambulance/rescue squad. Almost all the housing in the village and on the surrounding hills is wood frame. The nearest hospital is thirteen miles away. Without the fire department and the ambulance squad, houses would burn and people would die. 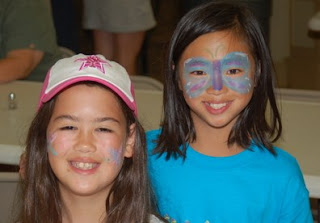 ach year on the last Sunday in July the KVFD holds its annual field day. After years of running this annual event, the Fire Department has got it down to a science. The day begins with a demonstration of fire fighting and rescue equipment and techniques. Continues with a range of activities for young children, including face painting and Tim Dumas, a magician, offers a variety of raffles and Chinese auctions with small and large prizes donated by local businesses, and culminates with a widely known and justly appreciated barbecue chicken dinner, which each year sells around 600 meals, many eaten i

n the fire house meeting room, while others are taken home. A local bluegrass band, Three Doug Night, plays bluegrass through the late afternoon and early evening. Several 50/50 drawings are held during the day with half the proceeds going to the fire company and half to each lucky winner. All is calculated to encourage people attending the event to gladly let loose of goodly amounts of cash in an easy and enjoyable way to provide needed support for the fire company. Big sellers each year are the KVFD t-shirts, c

ollected and prized by local and summer people alike. Beer flows. Music abounds, Drinking laws are enforced. People come for the party and stay to spend. While the Keene Valley Fire District is tax supported and pays the major portion of the fixed costs of operating the fire company and ambulance squad, the fire department itself runs the field day. Proceeds from this event are often earmarked for purchasing a specific, needed piece of equipment or helping defray additional costs not covered by tax revenue. As such, the Field Day stands as the major annual fund raiser for the fire company. 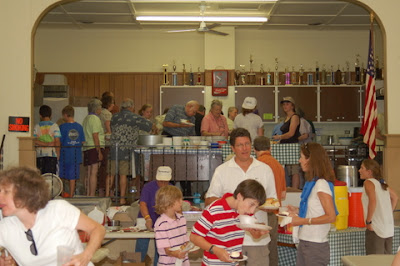 Perhaps as interesting as the economic needs met by this annual party are its social implications. While it has narrowed in recent years, a social and economic gulf between local residents and summer visitors has long existed. Summer people come to stay in their cottages and purcha 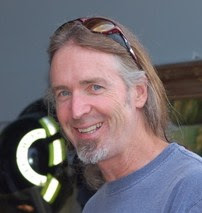 se services, which they expect to be prompt and efficient. Local people offer these services, but the gulf cannot be denied. That is, except on field days. It’s as if the fire department serves as a leveling ground, providing a place where people can meet on neutral ground and, for a fairly brief time, interact on a more equal than usual basis. Captains of industry, construction workers, media moguls, corrections officers, retired military officers, retired town workers, slackers, entrepreneurs, you name it; they’re all here. Some may seem like out of place creatures checking out the “local scene,” but real affection and cordiality is also plainly in evidence. Re 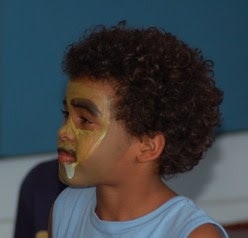 lationships in this community run deep and old and have a long history. They are complex and convoluted, perhaps more the stuff of a novel than a blog entry. The American story of narrowing the gulf between classes and economic status is writ large in this gathering.

In recent years the KVFD Field Day has become more contained and less wild. The hours have been shortened, beer sales curtailed, kids activities increased, bluegrass music added, and a community party has been established. Next year marks the 100th anniversary of the Keene Valley Fire Department. You should mark your calendar, too.