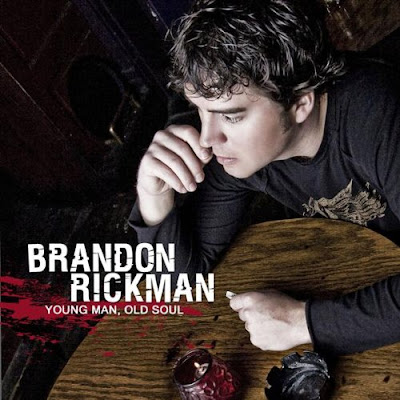 In his solo album Young Man, Old Soul Brandon Rickman has effectively mined the rich vein lying between bluegrass and country music to produce a dozen songs that communicate the experience of maturing the hard way. The songs, many of them familiar to fans who attend performances of the Lonesome River Band, capture images of lost youth, true love, missed opportunities, and the ever-growing awareness that life is short, sweet, and poignant. Rickman’s voice and lyrics are straightforward and honest. His soulful singing is sincere and just rough enough to suggest a chaw stuck in his lip. These twelve songs effortlessly give off an odor of truth that captures the spirit and imagination. It’s truly a masterful production.

I’m not generally a great fan of studio albums. When a band gets to work up a song over time in live performance, it discovers what works well and what doesn’t, making adjustments that no amount of studio manipulation can equal. Many of the songs on this solo disk have seen the light of day over the past couple of years in LRB performances. The pieces show the polish and increased authenticity that comes from such leavening. Nevertheless, Rickman has brought together a group of seasoned musicians, including many of his band mates in LRB, but adding to the mix some of the finest studio musicians and bandsmen to be found in Nashville. The result is more than satisfying. Brandon is either the sole author or collaborator on ten of the twelve songs in this CD, which, in addition to providing fine music for listening, functions as a first rate demo disk for other artists who might wish to record or perform these pieces. 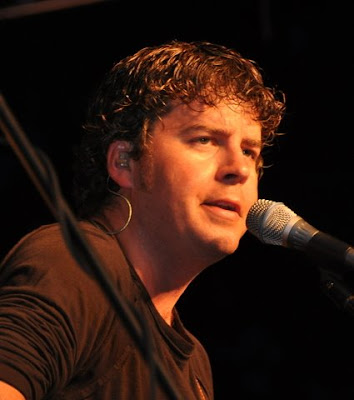 I drink alone here every night, For the pain I’m trying to hide,

I drink it down ‘till I get my fill, Always have and I always will.

The singer seeks to change, but knows that his will power, despite his desire to love, won’t ever be strong enough to help him leave the whiskey behind. Rickman’s voice communicates a sense of desperation coupled with resignation, knowing that he won’t ever be able to change. The closing guitar solo winds down to a lonely, lovelorn ending. 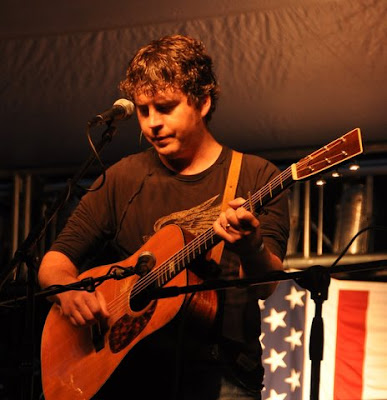 “Rain and Snow” (Fleenor, Rickman) with Rickman on guitar and lead vocal and Fleenor on fiddle and harmony vocal captures a plaintive tone of the dispossessed husband complaining of the trouble his wife causes, never suggesting any complicity.

I married me a wife, she gave me trouble all my life,

Threw me out in the cold rain and snow, Ooh Lord, Lord

Threw me out in the cold rain and snow.

The very effective bluesy fiddle in this song soars and keens, communicating the sexiness of the wife and the sense of hopeless loss of the mistreated husband.

“Here Comes that Feeling Again” (Rickman with Craig Market) is a solid bluegrass song with Rickman on guitar, mandolin, bass, and lead vocal, Fleenor on fiddle, McDaris on banjo, and Shelby Kennedy (harmony vocal) is another song of loss and regret along with self-delusion.

Sometimes there’s knock on my hearts door wanting me to let you in.

Rickman’s flexible and versatile voice is particularly adept at communicating loss and loneliness. It seems to come from some deep well of feeling and spills out into the song with heart wrenching sincerity. The moments when an image seen in passing draw out an unwanted memory or feeling seem particularly real when Brandon delivers them.

“I Bought Her a Dog” is a perfect example of a song that’s developed through being played on the festival circuit. When I first heard this song, Brandon preceded it with a rather long story about his giving up the single life. Afterwards, heading for the merchandise table, I heard a woman say, “He really shouldn’t be putting his private life out in public like that.” The tendency to view an imaginative interpretation of life as telling a true story of the singer/songwriter’s life is an easy trap to fall into. This amusing song about pets as surrogate children captures the sense that perhaps child bearing isn’t the solution to all our problems. Aaron McDaris lilting banjo and Tammy Rogers (co-writer on this song) harmony contribute to this delightful ditty. 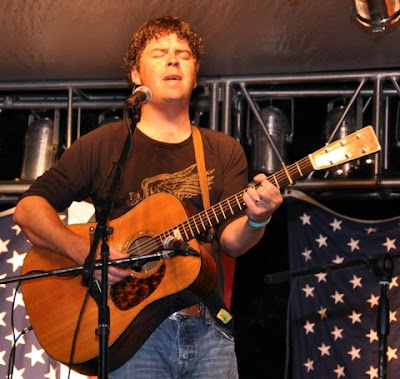 Another Market/Rickman collaboration “What I Know Now” is just a great song. Sung as a vocal solo accompanied only by his own guitar, Rickman captures the longing for lost chances and the acceptance of the consequences:

I don’t like to dwell on what I’ve done wrong in my life,

Chalk it up to being young, and full of foolish pride,

But you can’t go back, and I know that, but if I could somehow,

If I knew then what I know now.

This simple lyric pushes all the right buttons and captures completely the costs of youth and the benefits of increasing maturity. Rickman finds a crack in his voice that communicates emotion as well as any note. The held guitar note with a moment of silence at the end says it all.

“Wide Spot in the Road,” a Rickman/Buddy Owens composition, has great potential as a mainstream country song. The singer returns to his tiny home town somewhere in rural America to rediscover the place where he grew up and found his values still lie. I’m sometimes a bit cynical about this yearning for a mythical place of simplicity and comfort, but people seem to believe in its existence, so who am I to throw cold water on it. Jamie Johnson, of The Grascals, contributes a first rate harmony vocal on this one. “I Take the Backroads” (Salley/Rickman) returns to the love of home town and the simple living that once existed there.

I take the backroads,

Kick back and drive slow,

Roll down the windows,

And familiar memories start blowing in the wind.

It’s in leaving the haste and stress of the highway and returning to ones roots where one can, at least in memory, return to the past. Even so, it’s all memory…all gone except in those nostalgic moments. The arc of content and interesting musical contrasts once again reinforce for me the importance of purchasing and listening to entire albums rather than downloading cuts.

Written with Kevin Denney, “So Long 20’s” covers some of the same ground as “What I know Now” with a very different emphasis. As the singer contemplates his thirtieth birthday and sees the grey beginning to appear in his hair, he understands that life is shorter than he ever thought before with a wistful sense of not having paid enough attention to the passing of life.

I don’t feel any different than I felt yesteryear,

It’s not my age that scares me, it’s how fast I got here.

For me this song is the most compelling combination of lyric and tune in the album. Perhaps, at my age, the issue of aging has taken on even greater meaning, but the song would be difficult for anyone hearing it to resist.

Carter Stanley’s “Let Me Walk, Lord, By Your Side” stands as an interesting contrast in this album where most of the work is Rickman’s either alone or in collaboration. Andy Ball, a band mate in LRB, contributes vocal harmony and mandolin solos on this one. “Rest for His Workers,” a gospel song (Mullins and Carpenter) features a simple guitar accompaniment with Andy Ball, Rickman’s bandmate, usually on mandolin in support. Harmony vocals by Val Storey and Larry Cordle fill the sound out very nicely. The song captures the difficulty of life and the promise of eternity for those who strive and labor throughout their lives. The message is uplifting in both lyric and tone – a happy song. The two gospel songs on this album show Rickman’s versatility, but lack some of the punch of his own work.

At LRB performance, when Brandon sings “Dime Store Rings” (Rickman, Stefl) I often look over at my wife and see the tears glistening in her eyes. Sung as a guitar solo, the song needs no other augmentation, as it follows a couple from their leaving home and looking toward the future, through the trials, tribulations, and triumphs that a really quite ordinary life can provide two people "Bigger than the west Texas sky, with a whole lot of faith, a few good breaks, and a couple of dime store rings.” I have trouble imagining that this song won’t become a country standard. It’s just too good.

“Wearin’ Her Knees Out Over Me” (Rickman, Salley, David) is a regret and thanks to Mom song that hits the spot for every son who lived the wild life only to come to understand the sacrifices, sorrow, work, and prayer that goes into being a parent, and more particularly a Mother.

Wish I could go back through the years,

and dry up all the tears I made her cry.

I thank God she got to see the man I turned out to be,

All because she spent the time, wearin’ her knees out over me.

With Jerry Salley and Val Storey contributing unassuming harmony vocals, the song stands as a fitting finale to this fine CD. The major recurring theme of “Young Man, Old Soul” examines facing the world with increasing maturity, understanding of sacrifice, sadness at loss, and the triumph of perseverance. Rickman’s soulful country voice is ideal for the songs he’s chosen. The CD is available on line from Amazon and other outlets and can be downloaded from iTunes or other sites. As usual, if you wish to support the artist and will be seeing Lonesome River Band any time in the near future, arrange to buy it directly. It’s also available through Rural Rhythm records. Regardless of how you legally obtain this fine CD, it belongs in your collection.