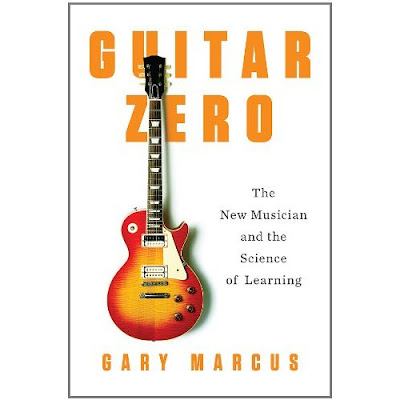 Gary Marcus, a psychologist who teaches at New York University, opens his wonderful new book Guitar Zero: The New Musician and the Science of Learning with a simple question: “Are musicians born or made?” Of course simple questions don't have simple answers. In seeking to answer his question, Marcus took more than a year to engage in extensive practice and research, including attending a rock and roll camp for youngsters. He sought out and interviewed performers, composers and song writers, producers and sound engineers, and fellow scholars who've studied the sources of music within human animals extensively. Despite being meticulously researched and attributed, the book remains mercifully short of brain geography and technical jargon, concentrating instead on the varieties of musical experience which have led some people to pick instruments only to discard them while others, through a combination of natural talent and obsessive practice have become musical geniuses known the world over. He uses lots of interviews and anecdotes to make his points clear and accessible. In this highly readable, thought provoking memoir (I hesitate to use the word “meditation”) of learning to play the guitar, even become a musician, Marcus points the way for all would be musicians while providing supportive encouragement for those in later life seeking to do so.

Marcus begins by pointing out the paucity of research on late learning. Most studies focus on how young people learn, but there's evidence older people can learn when tasks are broken down into smaller chunks. He points to some keys for becoming expert at a task. Much has been written about the importance of practice; the operant number is often given as 10,000 hours. Marcus points out the importance of deliberate, efficient, focused practice to make it effective. Practice needs to be focused on eliminating weaknesses through careful, slow repetition. He argues the number of hours of practice is less important than the amount of time spent seeking to eliminate weaknesses. Marcus frequently also supports the importance of talent, suggesting that psychologists denying the presence of talent are focusing too narrowly. Of course, part of the problem lies in the fact that talent can't be measured, while practice can, leading researchers to concentrate on what they can observe and count. He also pointed out that no musician he interviewed (and he interviewed some of the greats) ever claimed to have mastered an instrument. Rather, they continue to develop their skills through continued repetitive practice. He also emphasized the importance of coaching by a mentor or peer in helping identify areas needing work. Skills become automatic with coaching, thus allowing for greater creativity and thoughtful work when playing in ensemble, which requires great concentration on what others are playing. Marcus has a lot to say that would help people seeking to teach music as well as those wishing to learn to play. He emphasizes elements like ear training, improvisation, pleasurable experiences in lessons, and more.
Marcus explores the difficulty of beginning issues like learning chord structures, using right and left hands in coordination, hearing tempos, singing, and more, all of which make beginning an instrument extremely difficult for anyone, but more so for people as they age. During the course of his learning experience, Gary Marcus decides to attend DayJams Rock Music Day Camp, where he finds himself to be the oldest person there by more than twenty years. This gives him the opportunity to examine concerns like the difference between how young people and adults learn as well as how they approach risk-taking and repetitive practice. One advantage he sees adults having is greater wisdom, giving them some leadership and analytical skills younger learners lack. This means that young people may have great virtuosity, while older players may be better bandsmen. Making music may improve as players age. Balancing these advantages are youngsters' relative lack of fear when they are faced with a new task, a huge advantage when learning new music. Nevertheless, “the single element that seemed to make the difference [in learning] at any age was practice.” (pg.94) Young people had the advantage here because they seem to thrive on repetition. 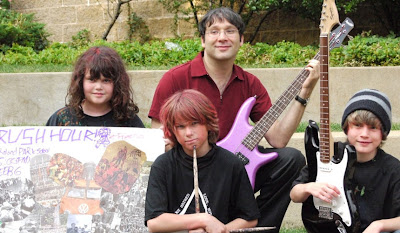 Marcus gives a good deal of space to the issue of talent. He says, “There is good scientific reason to think that talent matters in a wide variety of domains, from sports to chess to writing to music. Cognitive activities are a product of the mind, and mind is a product of genes working together with the environment. To dismiss talent is to deny all evidence from biology.” (102) Pat Metheny talks with Marcus about the complex relationship between talent and practice. Twin studies suggest that separated twins often develop similar or identical skill sets.
Guitar Zero deals thoughtfully and at some length with the question of why we like what we like and how these preferences are related to the brain. He says that songs become more acceptable as they become more familiar. A truly new sound written in a particular genre is rare and usually welcome, if it stays near the rules, but this is a tough trick to pull off. “The brain prefers what it can make sense of.” (133) Repetition in music is more common than in other art forms, and it's a rare song that's sung through without repeating chord progressions or having a chorus. “By enriching the sonic palette, new technologies expand the ways in which an intrinsically repetitive theme can be layered with color and novelty allowing the brain to connect two rewards – novelty and familiarity – at the very same time.” (137) Marcus goes on to say, “Virtually every cover that anyone makes is an uphill battle, because the original version of a well-known song always has a built in advantage of incumbency, born from our inherent liking for familiarity....” (141) Ideas like these and much more enrich this book as an extremely thought provoking work for listeners, composers, and performers at every level.
Gary Marcus 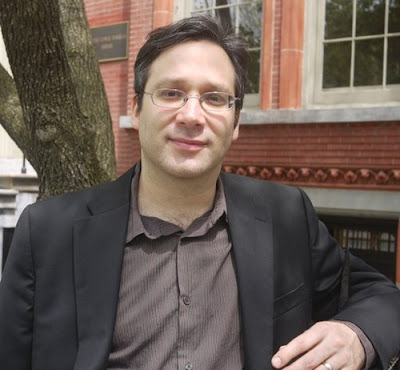 The book also deals with the work of recording engineers and producers, giving them the status of performers given the new technologies that have arisen. It explores the value of improvisation in the creative experience. On creativity, he quotes Louis Pasteur who once said, “Chance favors the prepared mind,” placing creativity within the realm of study and practice. Guitar Zerojoins Daniel Levitin's This is Your Brain on Music as a must read volume for people seeking to understand why they like the music they like or why learning to make music is both so difficult and so emotionally and intellectually rewarding. Marcus writes with grace and self-deprecating humor, making this an easy read despite covering some challenging material. Guitar Zero: The New Musician and the Science of Learningis a 2012 publication of The Penguin Press. It's impressively annotated, has a very useful index and a helpful glossary. It retails for $25.95 (274 Pages). The book is available at all the usual sources. Guitar Zero was provided to me by the publisher through TLC Book Tours.