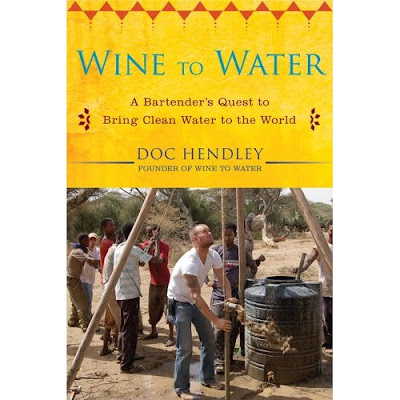 Doc Hendley isn't much of a writer, but he has an important story to tell. In his book Wine to Water: ABartender's Quest to Bring Clean Water to the World Hendley portrays himself as something of a slacker, a marginal student who stays in school, a mediocre musician who always has a band, a nascent bartender who succeeds because he makes contact with his customers. Along the way, Doc realizes he has little or no direction in his life, until he discovers ways to channel his wildness, energy and intelligence into a burgeoning charitable effort to help people around the world to have clean, potable water on a self-sustaining basis. This story is told with a good deal of honesty and forthrightness. It is direct, doesn't hide from what others might see as uncomfortable truths, yet still the book lacks the introspective tone needed to be deeply informative about the internal states Hendley experiences during his search for self-improvement.
Doc Hendley is the son of what he refers to as a “preacher man” who has spent most of his life in North Carolina, although I gather his dad was something of an itinerant preacher. Doc, a family nickname for Dickinson, grew up feeling alienated from his parents' faith and a loner at school. During this period of his life, Doc took on the the look and behavior of a southern redneck slacker. He drank a good deal, smoked, played guitar, and hung out with girls while fortunately never getting into any real trouble. After high school he bought a Harley, went on the road, and saw a good deal of the country. He also spent some time in Montana with a well-loved uncle who lived his Christian principles in ways Doc could relate to. After a period of time he returned to Raleigh, enrolled in college, and supported himself as a bartender, becoming increasingly adept at the job as his interpersonal skills moved him from biker bars to more upscale rooms. A chance discussion with a friend (Tasha) got him thinking about the third world and led him to do research and discover the huge problem presented by the absence of good water. From there it was only a short step to developing the idea of forming an organization called Wine to Water (obvious in its religious symbolism) and starting to raise money from his bartending background to help water projects in needy places. Soon he associated with an NGO (non-governmental organization) called Samaritan's Purse (currently presided over by Franklin Graham, Billy Graham's son and heir) and was off to Darfur province in Sudan as a volunteer. All this background takes place in the first forty-eight pages of the book.
Sudan 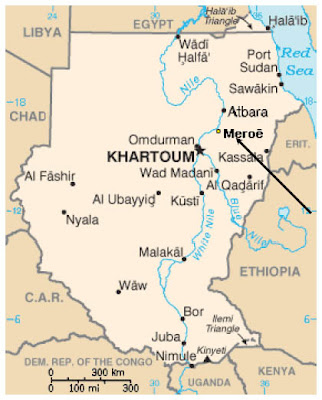 The bulk of Wine to Water follows Doc Hendley through a harrowing and growth producing year in Darfur as he learns the ropes, comes to understand the issues, and develops the skills to bring water to developing nations. It's a part of his personality to take on the most dangerous and seemingly hopeless situations and by showing personal courage, taking initiative, and developing extraordinary personal leadership skills to overcome extreme difficulties. Darfur province in southern Sudan (the largest country in Africa) is a war-torn desert whose populace has been decimated by the richer and more powerful tribes from the northern half of the country. The genocide in Darfur is one of the great tragedies of the last decade or so. Doc asked for the worst place in the world, and he got it. His descriptions of the suffering of the people, the cruelty of the Sudanese government helped by a tribe called Janjaweed, the heat, the poverty, and the death are stark and more than sobering. Hendley's reactions to all this are always to “DO” something. In attacking the problem, he often puts himself and those around him in jeopardy and through good luck or divine intervention things usually work out for him.
One of the lessons Doc intends to teach is that while he is led by faith and often finds solace in reading the Bible, he doesn't have to become a “goody-goody.” He continues to drink local hooch which reminds him of corn whiskey from home, smokes cigars with his buddies, plays rock music, and, as a way to let off steam, boxes with a close friend, usually with gloves, but when the pressure gets higher, the gloves come off. At the same time, he learns lessons of community development which come to govern his life. The most important of these is that training people to dig their own wells, filter their own water, and learn to repair out of commission wells themselves is better than doing the work for them and then leaving the wells to deteriorate without his being there. This principle governs the approach of Wine To Water after he returns to the U.S. to develop his charity organization, which now has water projects in twelve countries. The final portion of the book details his response, shortly after the earthquakes in Haiti, when he developed and deployed a water solution unique to Haitian needs.
Doc Hendley 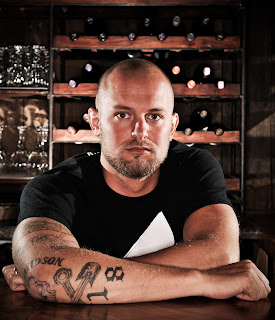 Doc Hendley's story narrates the transformation and development of a young man who through faith and using his initiative turns his life around. He claims, believably, that while motivated by faith, he's the same fun-loving, hell raising person he was in his earlier period leavened by maturity, marriage, and parenthood. His story emphasizes the redemptive power of helping others without, for the most part, becoming preachy. It's refreshing as Christian writing, for its absence of preaching and judgment of others' behavior. A weakness of the book is its use of letters and emails home which repeat material just presented in the main text. This is not only redundant, but seems like filler to flesh out the story. It might have been better had Doc taken the time to do some serious introspection as a part of assembling his book. Perhaps, however, since the story is aimed squarely at action-oriented young men seeking meaning in their lives without excessive preaching, he's made the correct choice.
Since the book also functions as part of the fund raising efforts of the non-profit organization Wine to Water, it seems reasonable to examine the underlying organization. The major criterion for judging effective use of philanthropic gifts is the ratio of administrative and fund raising costs to program usage. High administrative costs tend to indicate poor administration or even outright fraud. Wine to Water has reached a level of 76.83% of its funding going to its projects. The organization's goal is to reach an 80-20 ration, which is deemed by Charity Navigator, an organization that assesses charitable organizations) to be acceptable. More than 25% going to administration and fund raising costs should raise questions in a giver's mind. Wine to Water has consistently increased its outreach and its expertise while finding interesting and innovative ways to raise money, including selling wines online under the (must be 21 to click)  Wine to Water imprint. The symbolism of Jesus' turning water to wine at the wedding in Cana and the life-giving belief in Christianity as a part of Wine to Water is obvious, but not overdone in the book.
Doc Hendley 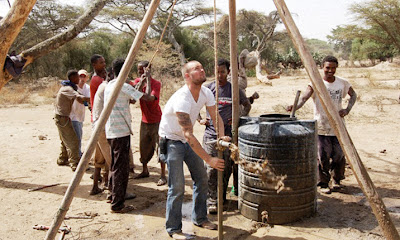 Wine to Water: A Bartender's Quest to Bring Clean Water to the World by Doc Hendley is an engaging true story about how a redneck biker-bartender finds new direction and commitment in his life when he heads for Darfur to work in one of the world's most desolate and dangerous locales by striving to open and maintain wells in the face of the genocide going on there. The book is published by Avery, a member of the Penguin Group, and is available from all the usual sources. Its retail price is $26.00. The book was provided to me by the publisher through TLC Book Tours.

Other Stops on this Tour