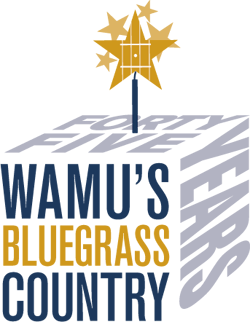 Today is WAMU's Bluegrass Country.org's 45th anniversary programming bluegrass music. WAMU has supported bluegrass almost from the beginning of its life as radio station. The first bluegrass program on WAMU hit the airwaives on July 2, 1967 when Dick Spottswood on air as host and Gary Henderson as associate producer and engineer signed on. The show, called Bluegrass Unlimited, continues to broadcast weekly on Bluegrass Country.org.  Today, after some turmoil as WAMU has morphed into an all talk format, WAMU's Bluegrass Country has moved to HD2 88.5 and continues to broadcast on HD radio as well as on translators in Reston, VA and Hagerstown MD and worldwide on the Internet at www.BluegrassCountry,org with many of the same hosts who have contributed to the station since the beginning. A lengthy chronology of this distinguished radio station as well as a list of current staff can be found here on the station's web site, but the story is more interesting and complex than the facts.
Gary Henderson 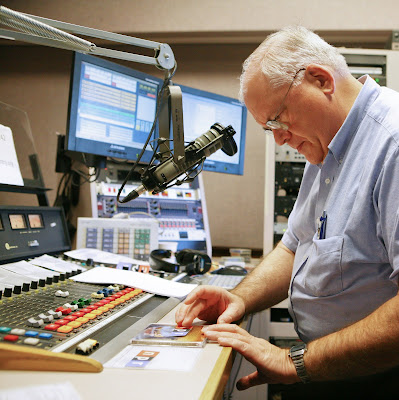 Washington D.C. would seem an unlikely location to nurture one of the country's premier radio stations programming bluegrass music. As the seat of our country's government and surrounded by wealthy suburbs dominated by a political culture, the station has, nevertheless been a beacon to the world of bluegrass, nurturing many of today's most well known hosts and programming the most widely known as well as the nascent bands developing around the country and the world for four decades. The Washington area has been a hotbed of bluegrass music almost since the beginning. Nurturing second generation bluegrass bands like The Country Gentlemen, The Seldom Scene, Bill Emerson's many bands including the U.S. Navy's Country Current, WAMU has broadcast bluegrass music to the region since 1967. WAMU's Bluegrass Country.org has become a beacon for other radio stations and gained nationwide, even worldwide acclaim in the bargain. It began, as Katy Daley says. “when two young men went into a public radio station one Sunday afternoon and produced a 1/2-hour show, which they named after a magazine they were involved with, Bluegrass Unlimited. Today, those two men are still working at the station -- not as elder statesmen -- but as important, vital sources of current and past history of bluegrass.” WAMU has received recognition from the bluegrass world through IBMA Awards that range from induction into the Bluegrass Hall of Fame through Distinguished Achievement Awards to Broadcaster of the Year Awards.
Dick Spottswood on Air 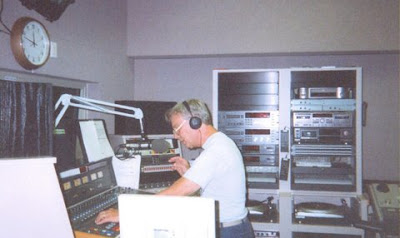 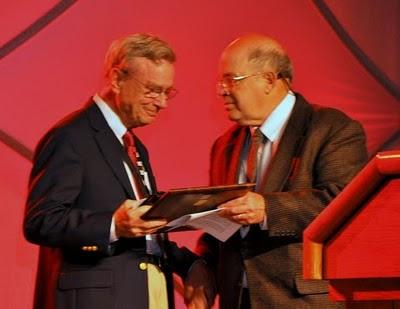 Today, Spottswood and Henderson will reunite to celebrate this momentous anniversary during a special edition of The Gary Henderson Show. Tune in at noon ET today to hear these two legends of bluegrass broadcasting reminisce about their time at WAMU, share archival audio and, most important, play bluegrass music. It will be a rare treat!
July  2, 2012 is the 45th anniversary of something that started small and endured, inspired, educated and entertained bluegrass lovers, first in the Washington, DC area and now worldwide.   Wish this fine station continued health as it brings all varieties of bluegrass to the world.
Posted by Ted Lehmann at 7:57 AM