"The Hour Between Dog and Wolf" by John Coates - Book Review 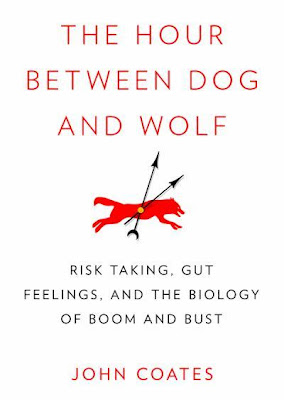 The Hour Between Wolf and Dog: Risk Taking, Gut Feelings and the Biology of Boom and Bust by John Coates (Penguin Press, 2012, 339 pages, $27.95 in hardcover) takes a presumably prototypical example of how several traders in an un-named brokerage house respond to the pressures of success and failure as they seek to trade their accounts during the period of the crash in the world economy.  He explores the effects of risk taking, winning and losing, and large swings in the movements of the market from the perspective of how our biology effects our ability to make effective decisions.  Coates, a former trader in several large banks, left the investment business to undertake graduate studies in neuro-biology. Now a senior research fellow at Cambridge University, he has devoted his studies to the biology of financial risk taking. This interesting and lively book details the results of his studies, examines the myth of rational market decision making, and suggests solutions to help use the unique effects of our endocrine system on our ability to make decisions in order to reduce the disastrous results of bursting bubbles and out-of-control irrational exuberance in the markets.

Classical economics argues that our market system represents rational responses to changes in market conditions. Rises and declines in the markets are merely responses to alterations in supply and demand. Coates argues that are bodies and minds are completely intertwined, that we make decisions based on emotions generated by our secretion of hormones and neuro-transmitters which govern our minds and bodies based on evolutionary forces developed when man was just barely removed from his animal cousins. Much of the response of traders (and other investors) is based on the secretions generated in the fight of flight response to risk, threat, and danger.  He uses two men, and a quickly disappearing woman, as prototype traders and examines their responses to first, successful trading and then to watching their reactions as the housing, credit, and stock markets tumble in the financial crisis of 2007.

According to Coates "The financial system...balances precariously on the mental health of these risk takers." (pg. 20)  In the case of traders in the midst of a bull market, the combination of testosterone and adrenaline in the system can create a feedback loop with possibly lethal consequences. A series of successful trades results in increased euphoria -> excessive risk taking -> crash   Last week, in a flash of blinding insight while watching an episode of "Wheel of Fortune" it all became clear to me. The contestant, a young, testosterone encrusted male, had successfully identified most of the letters to solve the puzzle, which was mostly revealed, and he had accumulated more than $7500 in cash and prizes. But he refused to solve the puzzle, electing instead to spin the wheel one more time. BANKRUPT! Just as Coates tells us most traders behave.  This behavior was noted by Keynes, although he didn't have the biological knowledge to support it, when he referred to the influence of "animal spirits" in traders. Alan Greenspan, former chairman of the Federal Reserve, called the phenomenon "irrational exuberance." Regardless, body chemicals keep the mind from behaving in a rational fashion, a remenant of the days when humankind relied on such secretions to protect their lives. 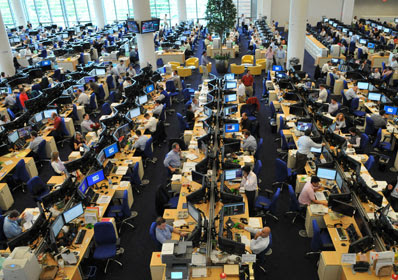 Coates excels at narration which offers a picture of life on the trading floor making words like "risk," "short selling," and "margin" feel palpable. He turns what seems like an ordinary transaction into a life or death struggle with gut wrenching consequences. He then explains how the body reacts, placing the interaction of the brain and body responses in a different relationship than we now suppose and supporting the existence of a mind-body connection that has existed in our species for thousands of millenia. Contemporary research confirms that body and brain are intimately inter-connected in numerous ways. Primitive functions of the brain respond to situations below the level of consciousness, making reactions and quick responses possible in a world where such responses once saved lives. Today, they make make it possible for experienced traders in various markets to respond to market cues seen while studying their charts on computer monitors which happen below the level of consciousness. Thus, intuition is a learned skill. 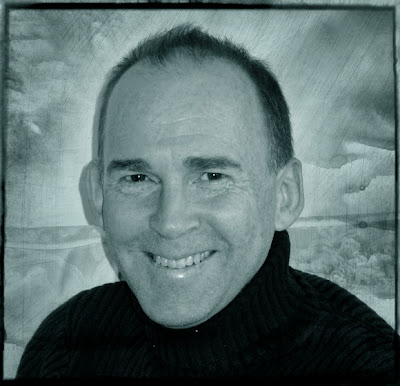 As a species, our responses become more irrational in an environment of novelty, uncontrollability, and uncertainty, creating what Coates describes as a "massive physiological stress response." (217) Unstated in the book, and rightly so, are the implications of this book for our political decision making, although it may provide insight into why people of both the far left and the far right are prone to seeing the world in terms of massive, but unproven, conspiracies.  Also given lip service, but not fully developed, is the possible balance which could be provided in the board room, on the trading floor, and in politics by the increased participation of women who, because they secrete less testosterone, are less likely to seek red meet and more likely to respond to stress by seeking to nurture and find common ground than to beat their chests, roar, and attack. In fact, in the final chapter, where Coates explores solutions to some of the problems he develops, he hints at the possible role of women, but does not fully develop the theme.

The Hour Between Dog and Wolf: Risk Taking, Gut Feelings and the Biology of Boom and Bust by John Coates examines how decision making in the business world is affected by our primitive, atavistic nature, unchanged through time. It was a most interesting book and highly recommended not only for its applicaation to investment on the trading floor as well as at home, but for its wider implications. The book was provided to me by the publisher through TLC Booktours. It is available on this site through the Amazon portal as well at all other outlets.