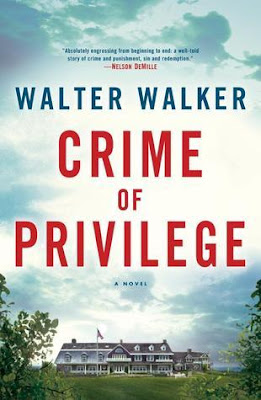 It's time for beach reading, and Crime of Privilege by Walter Walker (Ballantine Books, 2013, 432 pages, $26.00) surely fills the bill as he provides a reasonably compelling but un-challenging piece of roman à clef involving a thinly disguised Kennedy-like family living on Cape Cod, Massachusetts and in Palm Beach, Florida committing unpardonable crimes and then using their power and wealth to cover the crimes to protect “the Senator” and allow him to do his good work for America. The novel may have its greatest appeal to Kennedy haters and conspiracy theorists. Nevertheless, Walker develops his narrative in an at least feasible argument while populating it with plenty of duplicitous characters each with his or her own motives as his protagonist, George Becker, seeks to restore his own public and private self.

The novel opens in 1996 at a Palm Beach party where George Becket's roommate at the University of Pennsylvania takes him to the winter compound of Senator Gregory, the current patriarch of a large, wealthy, and powerful political family. While there, in a near drunken stupor, he observes Jamie Gregory and his cousin Peter Gregory Martin as they rape the beautiful Kendrick Powell who's in a drunken stupor. Cut to Philadelphia, where George is a senior at the University of Pennsylvania. A stranger named Roland Andrews, who styles himself as a representative of the shadowy Josh David Powell, a real estate developer as rich as the Gregory's but not well known, who's seeking revenge against the Gregory's for the rape and ruination of his daughter. George, confused and defensive, tries to rationalize his part in the incident, while Andrews seeks to induce him to return to Palm Beach and file a report with the local District Attorney. Of course, nothing comes of his report and Kendrick commits suicide. Andrews returns and promises George that nothing will ever go right in his life again.

And nothing does. Move forward to Cape Cod in 2008, where George is an assistant district attorney in the Cape & Islands district handling driving under the influence prosecutions, One day, while eating his usual solitary supper in a bar/restaurant, Bill Telford, the father of Heidi Telford, whose body was found nine years before on the grounds of the local golf club, and who is known as “Anything New Telford” by local law enforcement for his continual dropping of information about his daughter's murder. His information and interest frighten and challenge George who begins to undertake his own investigation of the incident. With initial clues provided by Telford, and unsolicited help from the lovely Barbara Belbonnet, whose loyalties are, at best, clouded, George begins to track all the possible participants in Heidi's murder, discovering they have all been placed out of the way in comfortable sinecures by the Gregory family in order to buy their silence.

Walter Walker, an attorney himself, uses dialog well to move plot along, and for much of the course of Crime of Privilege, the writing is crisp and the plot develops well. A number of situations occur, placing George in jeopardy, out of which he manages to extricate himself while the tension of a good thriller builds. Expectation of a plot twist that never occurs, much to my disappointment since it was such a logical shift in direction, is dashed as Walker takes readers to a much more predictable and conventional conclusion. Regardless, Crime of Privilege provides a page turner which mostly keeps the reader going as Walker takes George from his Barnstable, MA surroundings on trips to Hawaii, Costa Rica, France, and other romantic locales. While violence in several episodes is treated with tension and explicit language, Walker pretty much falls short in exploring George's emerging relationship with Barbara, who should be a more interesting character. 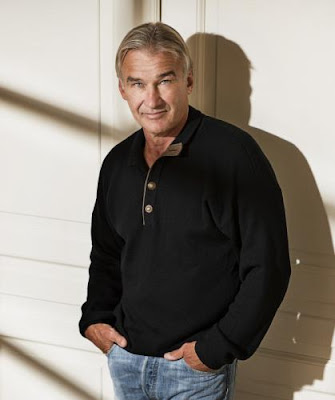 Walter Walker is a full-time trial attorney in San Francisco and the author of five novels, including the critically acclaimed A Dime to Dance By (Best First Novel by a California Author, 1983), The Immediage Prospect of BeingHanged (called the best mystery of the year by The Philadelphia Inquirer), Rules of theKnife Fight, The Two Dude Defense. Walter stopped writing in the mid-90's while he concentrated on his law practice, which had become hugely successful. In 2003 he was a finalist for California Trial Attorney of the Year. Crime of Privilege is his sixth crime novel.

Crime of Privilege by Walter Walker ( (Ballantine Books, 2013, 432 pages, $26.00) is appropriately released just in time for what is commonly called “beach reading,” regardless of whether the reader is actually on the beach or not. With locales in Cape Cod and Palm Beach, Crime of Privilege is more specifically “beach reading” than some others. The major villains in the book closely resemble the Kennedy family, making the book particularly attractive to Kennedy haters and conspiracy theorists. Nevertheless, the book flows well and keeps the reader going. I received my copy as an electronic galley from the publisher through Edelweiss.
Posted by Ted Lehmann at 9:00 AM