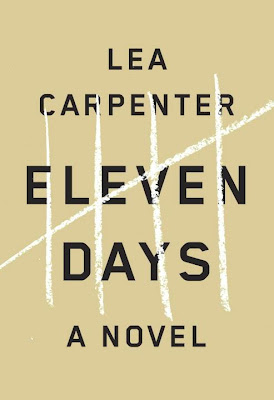 First time novelist Lea Carpenter has written a luminously beautiful meditation on the nature of war, courage, commitment, motherhood, and patriotism within the context of our long, and seemingly irresolvable conflict in the Middle East. (Eleven Days by Lea Carpenter, Knopf, 2013, 288 pages, $24.95) Jason is missing. Sara, his mother who lives in relative seclusion in Chadds Ford, PA, relives her life as a single mother, skilled editor, and trusted colleague and Jason's as a highly accomplished warrior, having chosen his direction in life at least partly out a desire to discover his father. Jason is lost somewhere in the Middle East while serving on what might be his final deployment. The language is stunning, filled with understanding, mystery, and love. The settings are abstracted, leaving moments of demanding training and dangerous action abstract. Carpenter avoids the language of war while creating, admiring, justifying, and questioning warfare's use and relevance. The cloud of ambivalence hanging over this haunting and challenging narrative places the role of war and the warrior in a context of love and loss while asking questions that must forever be unresolved. A beautiful and impossible to set down piece of writing.

Sara, comes to work at the CIA as a general go-fer, making coffee and running errands, where she meets David at a conference. While thirty years her elder, he is attractive and engaging. She becomes pregnant and Jason is born. David continues in and out of their life, always a distant and mysterious figure coming to visit for brief stays before leaving for jobs and places he cannot talk about. Sara, while rising as an editor for documents written within the agency, shows little interest in where David is or what he does, even while developing increased skills and importance in her job. When he is reported killed, she moves to Pennsylvania while still continuing to work for the agency. She devotes her life to raising her son Jason and living quietly in seclusion while she writes, runs, and gardens. She is cared for by a number of men in the agency who become Jason's godfathers, helping to look after him, to point him towards Ivy League universities and a possible career in government service as he develops as both a fine athlete and student. Eventually, he determines to follow a life of service by attending the Naval Academy and, upon graduation, opting for training as a SEAL, a special services designation growing from World War II's underwater demolition teams. (Fortunately, an extensive glossary of the meanings of all the service-related acronyms used in the book is appended at the end. I'll not clarify them or rely on them in this review.)

The book continues to cycle between episodes of Sara reflecting on Jason's character and physical development and Jason's own reflections about learning to control and cope with physical challenge, developing the requisite survival and attack skills, while managing pain and fear. Jason, after seven or eight years in the special forces has developed through a series of deployments involving perhaps hundred of individual missions, into a valued, trusted, and reliable “operator.” His internal life is one of control, discipline, and a deep belief in the cause to which he has committed himself. The story emphasizes his competence rather than any questions he might develop about the value of what he does,which he apparently doesn't question. The central metaphor for his efforts is the brotherhood of the special forces, their reliance upon each other in times of crises, and their ability to cope through the telling of stories within their number. The stories never emerge as blood and guts tales of adventure, rather staying within the realm of the brotherhood. Sara, meanwhile, continues her life of worry, love for Jason, and seeking to maintain her own equilibrium through the lonely years she lives almost completely for him.

The abstracted language Carpenter uses creates a sense of detachment running through this compelling novel, never allowing the reader to experience the same level of distance the major characters do. This detachment helps keep the reader driving through, even though a sense of both hope and loss surround the narrative. Sara is seen by her neighbors and the “godfathers” as a person of courage and selflessness. Carpenter makes this spirit palpable. Meanwhile, Jason, like his namesake, always hovers on the edge of becoming a tragic hero.

It's easy to fall into the media stereotypes fostered by film and TV of the special forces officer. He (or more recently she, also) can be a person of action, working and acting without insight or self-examination. He can be a nearly psychopathic zealot, always seeking and finding the most violent and spectacular solution to hostage or assassination scenarios. In this tale, the characters are more nuanced and clearly drLiven by a combination of patriotism and self-sacrifice within a context of controlled physicality. Their intellect is never far from the surface as they explore the nature of being who they are while they do what they do. As the novel resolves, the reader gains in admiration and understanding of the characters and their commitments. 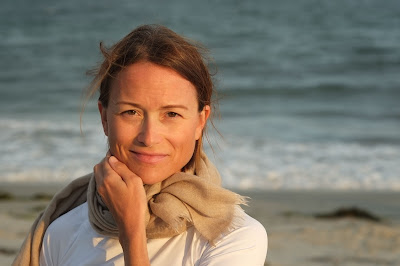 Lea Carpenter graduated from Princeton and has an MBA from Harvard. She was Founding Editor for Francis Ford Coppola's literary magazine, Zoetrope as well as Deputy Publisher of The Paris Review until 2005. She lives in New York with her husband and their two sons where she produces programming for the New York Public Library. This is her first novel.

In Eleven Days by Lea Carpenter (Knopf, 2013, 288 pages, $24.95) creates a believable and barely bearable world in which espionage, action, and commitment drive the usually hidden forces seeking to forward America's goals in the world by making them deeply personal and fully real. Her tone is almost elegiac in nature, as she follows a mother's hope and fear through the immediate period of her missing son's ordeal as well as the challenges presented to both mother and son as they follow their needs and abilities. The novel stands on its own as a powerful tale of love and loss. It also works well as a meditation on the nature of patriotism and commitment. The writing is powerful and evocative, drawing the reader forward while exploring existential issues of life and death in thoughtful and challenging ways. This book is worth reading. I read Eleven Days by Lea Carpenter as an electronic galley provided to me by the publisher through Edelweiss. If you decide to purchase it, please consider ordering it throught he Amazon portal on this blog to help support its efforts.