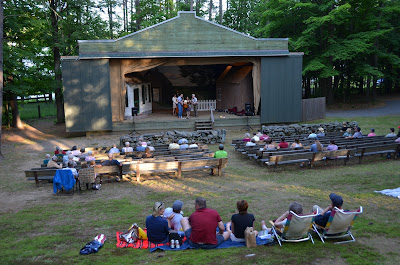 Swanzey, NH is a small town of about 7500 people in southwest New Hampshire, about four miles south of our home in Keene. It consists of four hamlets including Swanzey Center, where the Potash Amphitheater is. Each summer, for the past seventy-two years, the residents of Swanzey have produced a nineteenth century play called "The Old Homestead" set in Swanzey by Denman Thompson which enjoyed a moment of national attention in the late nineteenth century. This year will be the seventy-second consecutive revival of this drama celebrating the joys of simple rural farm living, since it's rediscovery.  It's the third oldest outdoor drama still in production in the country, according to the brochure.  This year's production takes place on July 19, 20, 21 at the Potash Bowl. But the town of Swanzey has built a lovely tree-shaded glade with a stage in the front, which it sees a need to use more than three days per year. And so, they've begun presenting a free summer concert series. We went over there on Friday evening to see our friends Hot Mustard. 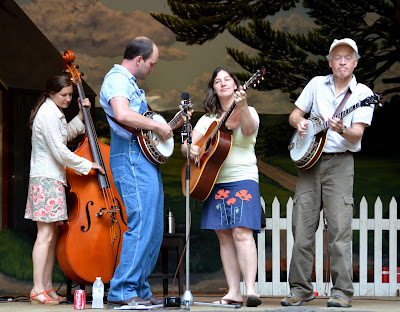 Hot Mustard came began to come together a few years ago when regional banjo master Bruce Stockwell and his student Bill Jubett applied for a New Hampshire Council on the Arts grant to explore and develop double banjo arrangements. After a while, it seemed like a good idea to take the project public. With Bruce's wife Kelly on bass and Bill's now wife April Hobart Jubett, they formed Hot Mustard and won the Jenny Brook Band Competition, held in recent years under the direction of Michelle Canning at the Jenny Brook Bluegrass Festival, coming up June 27 - 30, 2013. The win earned them a place in that Sunday's lineup and a paid gig the following year. Since then they performed regularly around the region at festivals, concerts, and in club gigs, becoming a regional favorite and deserving wider attention for their strong, creative covers along with some jazz inflected newer materials. 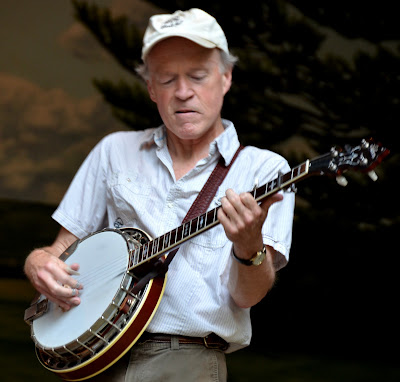 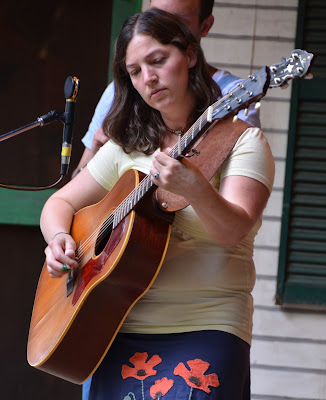 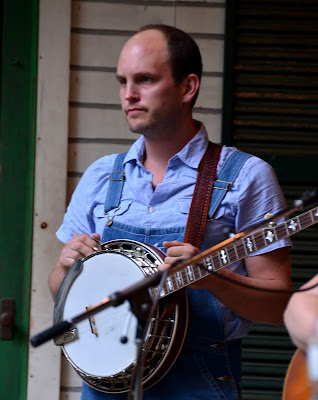 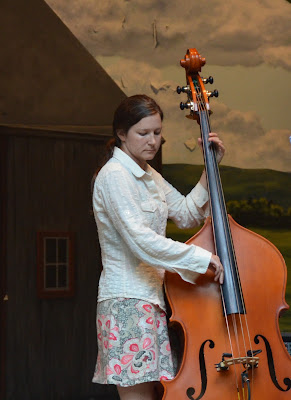 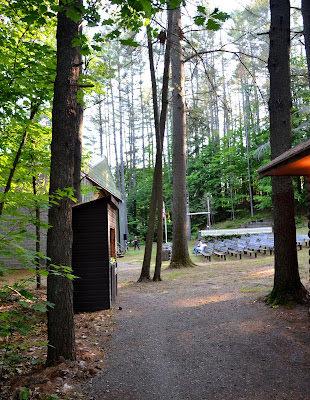 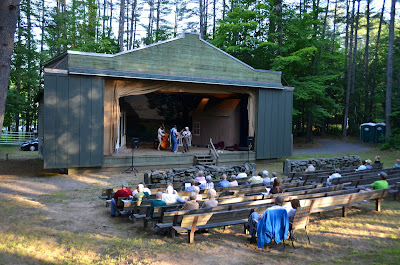 Meanwhile, there's a very attractive, spacious facility that appears to me to be almost ideal for some promoter to offer a good, traditional or varied music bluegrass festival. The natural amphitheater is gently raked, providing excellent sight lines, there's nearby parking, a good space to provide spots for vendors. and a spacioous, attractive stage only needing a little improvement in lighting and a sound man.  Convenient to southwestern New Hampshire and southern Vermont, as well as northwestern Massachusetts, it could very well draw a good crowd, given a good lineup and reasonable publicity. Just an idea.... 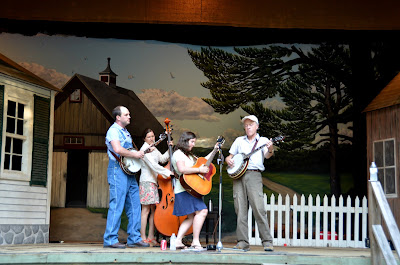 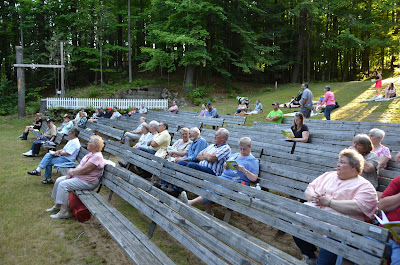 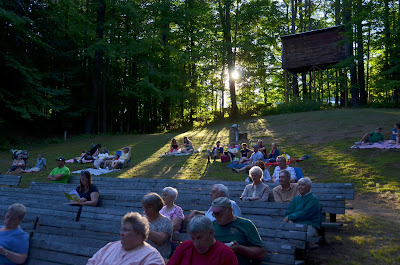 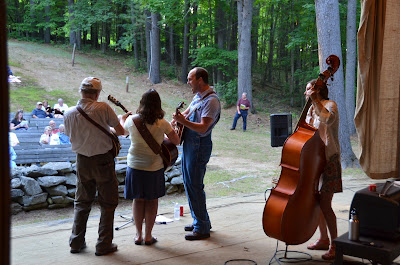 We were glad to be introduced to this new, to us,and promising  facility and are always happy to see Hot Mustard. We hope we get back there to see more music soon.