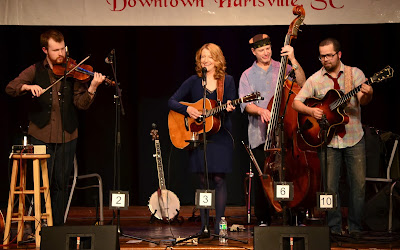 The multiple award winning bluegass and contemporary string band headed by three time IBMA (International Bluegrass Music Association) Female Vocalist of the Year Claire Lynch will appear at the Next Stage, located in the former United Church at 15 Kimbal Hill in downtown Putney, VT at 7:30 PM on Friday, November 22. Regional favorite Hot Mustard, from Putney, will open for Claire. 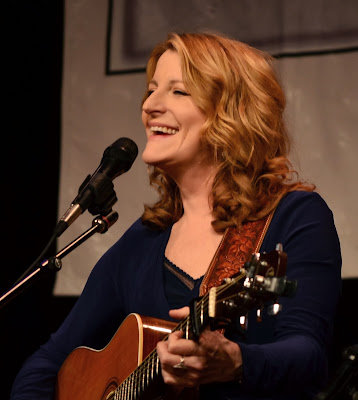 Claire Lynch won her third Female Vocalist of the Year in 2013 at the IBMA Awards Show in Raleigh, NC. Her distinctive style and vocals, strongly based in bluegrass, contain elements of jazz and folk music, making her a long running standout in bluegrass music. Her most recent CD release, Dear Sister (Compass Records) was a nominee for 2013 Album of the Year. Michael Devlin wrote in Music Matters, "Lynch’s voice has the sweet high country twang of a teen singing on the porch, but also a deeper womanly tone to tell her stories and tug the heart." She can swing and she can belt out an old favorite. Her jazzy version of "Wabash Cannonball" is a fan favorite and a signature song of hers. Her songs are often redolent of her youth in Alabama with the recent Dear Sister (written with Louisa Branscomb) strikes deep chords to the personal losses suffered in the Civil War. One of my favorites is a tribute to the farmers who tamed the prairie, Barb Wire Boys. Getting a chance to see and hear Claire Lynch in the intimate environs of Next Stage will be a rare treat. 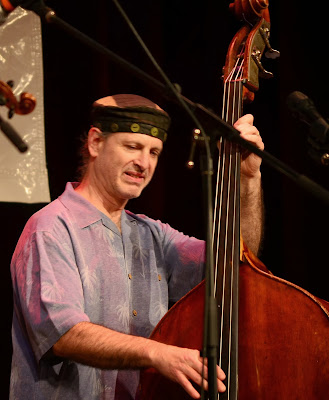 Mark Schatz, two time winner of the IBMA Bass Player of the Year award, is a multi-talented dynamo who brings not only virtuoso bass playing to the Claire Lynch Band, but strong clawhammer banjo, clogging, and ham-boning to the mix. He's an ever present musical force in this instrumentally superb group. 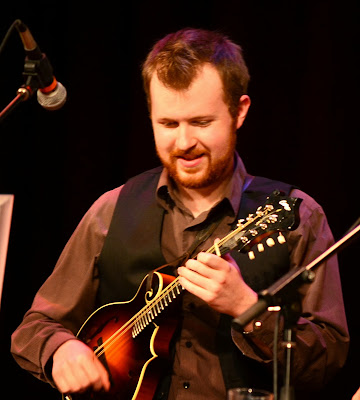 Bryan McDowell, whose virtuosity includes major contest wins on mandolin, fiddle, guitar and banjo in a two year period, as well as numerous other contest wins, brings his blazing and sensitive instrumental work as well as fine harmony singing to the Claire Lynch Band. Although only twenty-two, his work shows the enormous restraint and taste of a much more seasoned picker. 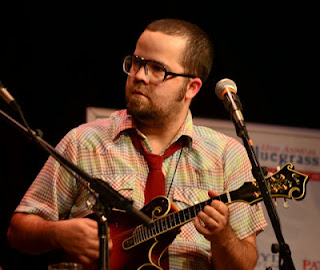 Matt Wingate, also a major contest winner at Merlefest on guitar when he was only fifteen, Matt brings additional versatility to the band by doubling on mandolin, as well as adding fine vocal harmony. He's deeply experienced with previous touring gigs with Valerie Smith & Liberty Pike and several years with the avant garde Greencards. His guitar work, particularly, with the Claire Lynch Band is standout.

The Claire Lynch Band is an outstanding ensemble comprised of standout individual performers each sublimating his own virtuosity to the highly acclaimed singing of their leader. The result provides for a musical treat that combines its base in bluegrass with elements of blues, country, jazz, and folk music that brings the musical fusion of bluegrass music to new heights of intelligence and musicality. 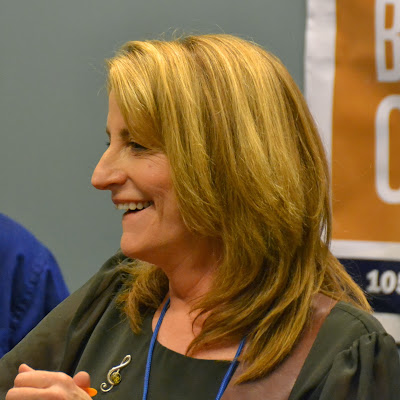 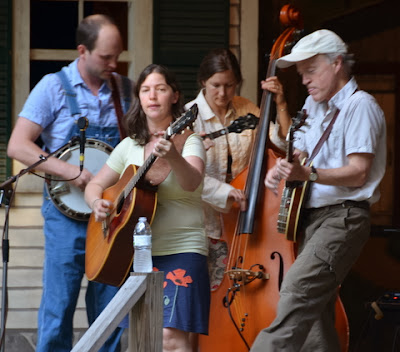 Hot Mustard developed out of a dual banjo project developed by veteran Bruce Stockwell and his student Bill Jubett. Bruce has been a mainstay in bluegrass in New England since the seventies  when his first recording with Phil Rosenthal attracted national attention. Bruce won the 2009 banjo competition at Merlefest. Since winning the band contest at the Jenny Brook Bluegrass Festival a few years ago, Hot Mustard, featuring two married couples, has become a regional mainstay. 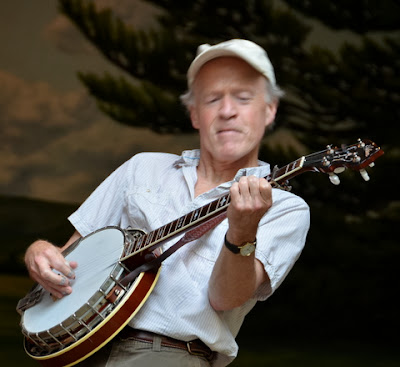 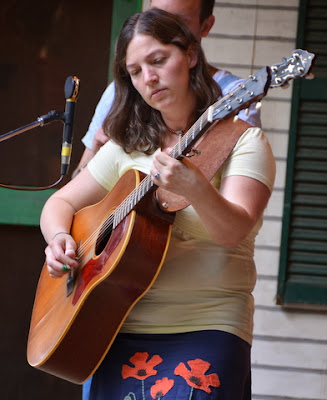 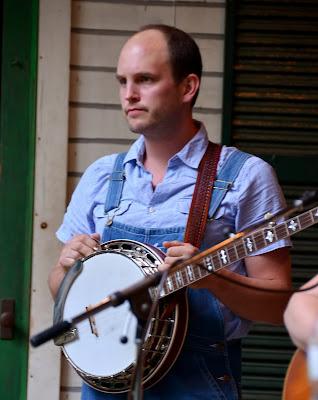 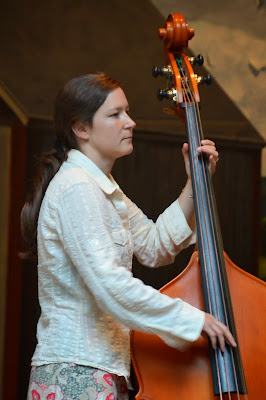 Tickets for this concert are $20 General / $18 Students and Seniors. For ticket reservations and information, call 802-254-9276.  Advance tickets are available at www.nextstagearts.org and Offerings Jewelry in Putney, VT. JD McCliment¹s Pub will provide a beer and wine cash bar. For more information, visit www.clairelynch.com, www.hotmustardbluegrass.com, www.nextstagearts.org and www.twilightmusic.org. 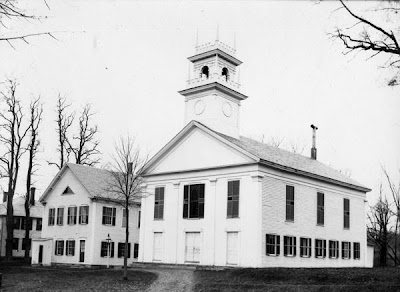 The Next Stage is located in the former United Church in Putney, VT. It is a joint project with the Putney Historical Society, owner of the building. The performance area is located on the second floor, and is not currently handicap accessible. The 1841 church is a landmark New England meeting house as well as an intimate and engaging arts center. Don't miss a visit here.

The Claire Lynch Band will also be appearing at the National Heritage Museum in Lexington, MA on Saturday, November 23 in a concert sponsored by the Boston Bluegrass Union with the Lonely Heartstrings Band opening. Click here for more information.
Posted by Ted Lehmann at 9:03 AM