Steve Dilling Steps Down from IIIrd Tyme Out 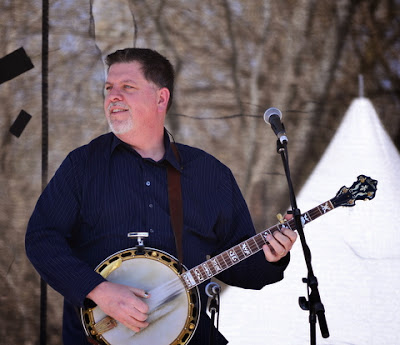 Steve Dilling has decided that after twenty-nine years on the road, twenty of them as banjo player, baritone singer, and, most important, on-stage emcee for IIIrd Tyme Out, he is retiring from the road. In a telephone conversation this afternoon, he said it was one of the most difficult things he's ever had to do, but after much consideration and discussion with his family, he's decided that it's time to leave the road. He cited health problems made worse by life on the road and the kind of diet that often goes with that life as well as the injury to his right arm which has been diagnosed as focal dystonia,  reducing his effectiveness on the banjo. While most fans may not notice the difference, he's been very aware of losing some of what made him one of the best in the business. Noted for his natural good humor and amusing interaction with both his band mates and members of the audience, he will be difficult to replace because of the deep connections he has made with audiences all over the country. Nevertheless, after nine years with the Bass Mountain Boys and twenty with IIIrd Tyme Out, he says it's time for a rest.

Steve mentioned that he wanted "to thank Russell and all of the members of IIIrd Tyme Out past and present for all of the wonderful times that we shared and the great music that we played together. It will never be matched. Thanks!" 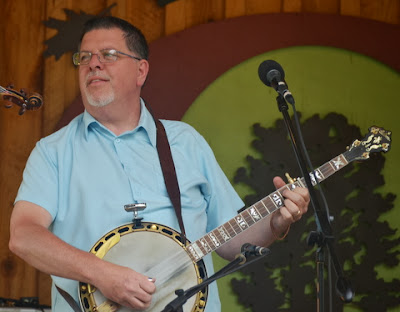 Dilling has accepted an office position with Jordan Entertainment (Lorraine Jordan & Carolina Road, two bluegrass festivals, a concert series, and more) where he will be working in a management role booking the band, hiring bands for her festivals, and generally running the back office, freeing Lorraine to have more time for polishing the band and continuing to keep it at the top of its game. He will also be continuing to play with Sideline, a local band including his son-in-law Skip Cherryholmes, Darrell Webb, Justen Haynes, and Jason Moore. He will also continuing teaching.

He repeatedly emphasized the difficulty of ending a relationship that has continued for twenty years, speaking with fervor about how difficult it had been to discuss his decision with both Russell Moore and his fellow band mates. Nevertheless, he said he felt their support for his decision and the parting was sad, but friendly. He will continue to play their dates with them until they have found a replacement. There is no hint of rancor or tension causing this decision to be made. We all wish Steve the very best as he adjusts to life off the road and gets to know his family.
Posted by Ted Lehmann at 7:08 PM