The Chesapeake Bay in Focus by Tom Pelton - Book Review 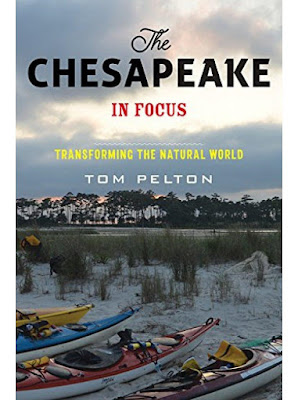 The structure of Chesapeake in Focus: Transforming the Natural World by Tom Pelton (Johns Hopkins University Press, 2018, 280 Pages, $24.95/19.31) is designed to appeal to both the general reader and to the environmental specialist. In undertaking to appeal to two audiences who share similar concerns, but not identical levels of expertise or understanding, author Tom Pelton has taken on a difficult task, which he, largely, achieves. In each section, he seeks to maintain a focus divided between the various constituencies involved, aware of the contextual history of the use and misuse of the Chesapeake Bay, and describing the efforts to save the Bay from both those who love it and those who couldn’t care about it one way or the other.

The Chesapeake Bay is the largest estuary in the United States. At least a dozen rivers contribute to its 200 mile long course through Maryland to the sea, with the Susquehanna River, originating in Lake Otsego, in central New York as the largest. Other major rivers include the James, Patuxent, Potomac, and many more. The opening section of the book takes readers to each of the major tributaries to Chesapeake Bay, telling something of its historical and ecological importance, as well as describing its beauty and degradation. As I read, I realized that my own acquaintanceship with the Bay and its contributing rivers goes deep into my own life.

As a youngster, I attended a camp on Lake Otsego, the source of the Susquehanna River, the largest and longest river flowing into and helping form Chesapeake Bay. My early Susquehanna canoeing experience was on a river usually no wider than 25 or 30 feet, at the end of the day skinny dipping in it with my friends. As a high school student, I sailed the upper reaches of the Bay with my mother and sister in small sailboats based near Northeast, MD. As a young married couple, Irene and I spent a wonderful weekend on the Eastern Shore with a school classmate’s family, and later camped on the James river for a weekend with them. As adults we’ve camped on the eastern shore near the Chesapeake Bay Bridge Tunnel, crossing the bridge several times on our way to Myrtle Beach. We’ve walked the shores of the Potomac with our friend Katy Daly and visited Washington, DC, Williamsburg with our kids, and Annapolis. The Chesapeake Bay has often been part of the background of our lives. And it’s been slowly dying for decades, killed by farmers, watermen, politicians, developers, cities, politicians, and more, each seeking to meet their own needs, while ignoring the environmental, recreational, health, and safety needs of a 200 mile long body of water that has been a part of our history since before English explorers landed there in 1607.

Pelton begins the story by describing the Bay and its constituent tributaries, the rivers feeding it and the lands surrounding them. To do this, he must describe cities placed along the river which often introduce raw sewage into the river, farms whose owners permit runoff from commercial fertilizer and animal excretion, factories that allow dangerous chemicals to enter into the river, and developers who build along the Bay as well as in the great suburbs around Baltimore, Washington and other cities, allowing rain and sewer runoff to further pollute the Bay. He also describes the rugged independence of farmers and watermen who refuse to accept responsibility for pollution and over fishing. Pelton uses profiles of politicians, farmers, and environmentalists to give a human face to what might otherwise be only dry statistics, although there are plenty of these, also.

In a series of marvelous portraits, he describes the life cycles of crabs, oysters, striped bass, eels, and sturgeon, showing how each species relies on clean water being in the Bay for reproduction as well as being left alone enough to be allowed to reproduce in sufficient numbers to survive. He also profiles some of the humans who use and rely on the Bay to bring the conflicts and needs of various groups into sharper focus.

Finally, Pelton looks at the policy solutions which often place the needs of rural America in conflict with both cities and suburbs as they each seek to function effectively in an ever more competitive economic environment, and in the face of a changing climate that further threatens the life of the Bay and the existence of towns, cities, and institutions located on and near it. In formulating solutions and policy suggestions for saving the Bay, he suggests that without strong regional and national cooperation at the government level, there may be little help for the Bay. He cannot escape the reality that such cooperation in an age of decreasing cooperation and increasing competition for ever scarcer tax dollars make the likelihood of such cooperation visionary beyond current realities. The larger national implications of his policy prescriptions lead inevitably to consideration of national and worldwide action which, sadly, probably won’t happen under current circumstances. 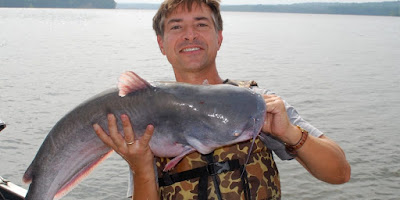 Tom Pelton is the host of the public radio program The Environment in Focus. A former staff reporter for the Baltimore Sun and Chicago Tribune, he has also written for the Boston Globe, the Washington Post, Harvard Magazine, and other publications. He has served on the staff of various environmental organizations focused on the Chesapeake Bay.

The Chesapeake Bay in Focus by Tom Pelton, is a readable, useful, and important book for the environmentally aware, those who love the Bay, policy makers, and as a case study of the broader implications of regional, national, and international planning efforts in an age of selfish individualism and political rigor mortise. While at times the narrative gets pretty deep into the policy weeds, it is largely highly readable, even entertaining. Serious readers interested in these issues will find much of value. I was provided a pre-publication electronic copy of the book by the publisher through Edelweiss which I read on my Kindle app in my Amazon Fire.

Please remember to order any product links found on my blog through the Amazon.com portal found on the upper left hand side of the site. Thanks! The small income helps to support this sight.