The Man in Song: A Discographic Biography of Johnny Cash by John M. Alexander – Book Review 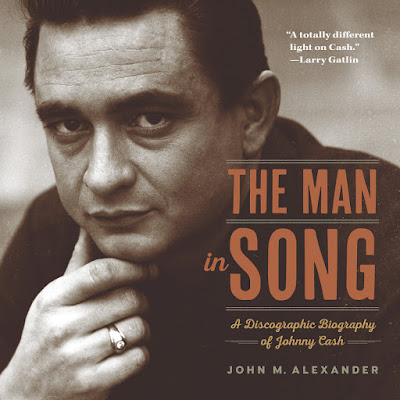 The Man in Song: A Discographic Biography of Johnny Cash (University of Arkansas Press, 2018, 296 pages, $35.95/31.81) by John M. Alexander, with a forward by Larry Gatlin, presents the life of country mega-star Johnny Cash in terms of his recorded music, seeking to find and explicate the singer’s life story through the songs he wrote, selected, and sang. This book offers both an interesting take on the man and his life as well as presenting problems for analysts seeking to separate the man from the artist. While this can be seen as a flaw, it can also become a significant asset. Alexander is at his strongest in recounting the story of each song he selects from Cash’s massive catalog and lengthy career, stretching over fifty years. The book is at its weakest in evaluating individual songs, as Alexander is either reluctant to find fault or unable to separate the truly excellent work from songs that are either mediocre of worse. Serious criticism requires serious analysis.

Structurally, The Man in Song moves through the Cash catalog, first as it reflects incidents in his life and mileposts in his recording history, with emphasis on the relationship between the singer and his record labels. Having cataloged Cash’s music in terms of labels, Alexander then returns to pick up missed or lost and forgotten recordings by theme and then by periods in his personal and recording lives. This gives Alexander a chance to provide more detail on the Highwaymen, the effects of Cash’s frequent subtance abuse and its effect on his singing and writing, as well as his personal life, although the personal is sublimated to the work in this volume. It concludes with Cash’s collaboration with Rick Rubin, who encouraged Cash to create new songs and revisit old ones in arrangements that he wanted to record, rather than in the commercial versions preferred by mass market labels like Columbia and Mercury, This approach serves the work and those wishing to study it, while beginning to seem repetitious to readers seeking entertainment.

As Alexander points out, many see Cash’s singing and subject matter as precursors of today’s increasingly conservative bent in country music, heralded in more by Merle Haggard, a friend deeply influenced by Cash’s Folsom prison performance, which he witnessed as convict. While current country music basks in flag waving patriotism and uncritical self-indulgence, many of Cash’s best songs celebrate a more nuanced and mature view of America and its role. In many songs celebrating the lives of the downtrodden and misunderstood of all races, backgrounds, and creeds, Cash celebrated the diversity of America as well as gua own deep roots in Christian faith. In songs like The Ballad of Ira Hayes, and collaborations with Mahalia Jackson, Trini Lopez. Bob Dylan and more, Cash demonstrated his openness to using music from a wide variety of traditions and with performers not usually associated with the largely white world of country music. His writing and song selection ranged from a deep love of gospel music through folk, rock, rockabilly, and pop to which he always was able to attach his own unique stamp. As long as there’s a comprehensive catalog of songs, it might have been useful to create additional ways of sorting Cash’s catalog. This might be a very good online project for the publisher or a graduate student. In addition, a comprehensive playlist on one of the streaming services would support the text extremely well. 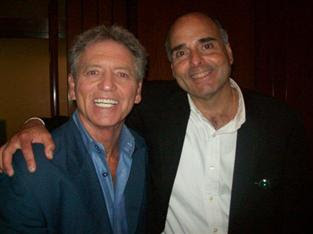 John M. Alexander, a graduate of St. John’s University and the City University of New York, where he earned his Ph.D. in English Literature, is currently a senior editor of the Brooklyn Daily Eagle, which apparently is primarily an online publication with a weekly print edtion bearing no relationship to the historic newspaper from which it draws its name. He describes himself in Linkedin as a “...Senior Music Editor and Producer who takes pride in leading visionary print, music, and digital products to profitable releases in national markets.” He says, “I’m an expert at collaborating with producers, artists, designers, photographers and production crews to develop and execute award-winning soundtracks, compilations, and digital audio content.” He served as a Senior Music Editor and Producer at Reader’s Digest for eighteen years, where he produced nearly 400 box set compilations. He lives in Brooklyn, NY.

The Man in Song: A Discographic Biography of Johnny Cash (University of Arkansas Press, 2018, 296 pages, $35.95/31.81) by John M. Alexander is elegantly laid out and very attractive looking with lavish pictures of album covers, family, and studio photographs. Its print layout is two column, which detracts from its readability for what I imagine is its major audience – scholars wishing to do further research on Cash. In print, I would suppose it would make a highly attractive coffee table book, but would be less useful as a resource read online, which is how I read it. I found reading down one column then shifting my gaze to read down another to be distracting. The photographs and album covers, however, added greatly to the book’s attractiveness, as they surveyed the man’s character and increasing depth of feeling as he aged. This is a very useful work to add to the resources of Johnny Cash scholars and avid fans whi collect Cash memorabilia or reference works. I read the book on my Amazon Fire as a digital download supplied by the publisher.