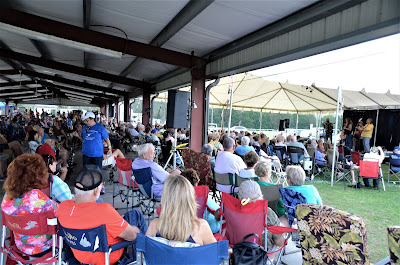 The Florida Bluegrass Classic, produced Evans Media Source will run from February 18 - 24, 2019 at Florida Classic Park, located at 5360 Lockhart Road near Brooksville, Florida. Featuring a solid mix of classic country artists, first rate bluegrass bands, on a large campground with numerous water/electric (30 amp) sites, and activities throughout the event, this festival offers an excellent change of pace for bluegrass fans, as well as lots of nostalgia for country music fans and twentieth century cover groups. Plan to join the fun at this centrally located and pleasant site. Here's the story: 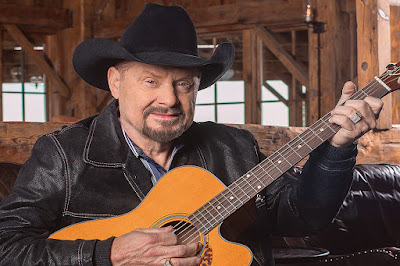 Moe Bandy is a country singer who reached his greatest levels of popularity during the 1970's. Born in Mississippi, he moved to San Antonio, TX as a child, where he became more interested in the rodeo than in music. He emerged as a major country singer with his unadorned style just as country was moving towards more lush sounding country style developed in Nashville. The nostalgia for "real country" has revived his career and reputation. 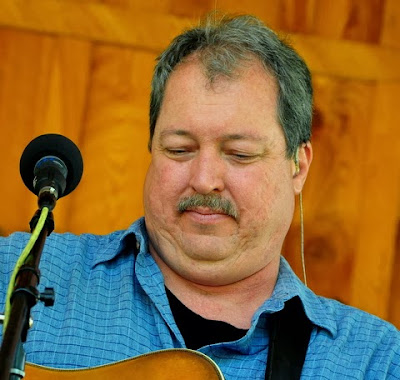 Russell Moore is the founder and has served as lead singer in IIIrd Tyme Out, one of bluegrass music's most popular and enduring bands for over twenty-five years. The band continues to tour and present traditional bluegrass combined with a range of country and grassed popular music to great appreciation of old and new fans. Now located in Georgia, Russell is a native of Texas. Both sets of roots show and are appreciated in his music, as well as much more.


Gentle on My Mind 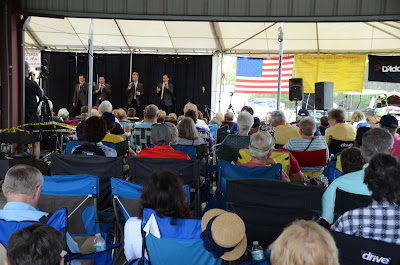 The Atlantic City Boys are a highly entertaining band combining recorded music with their own fine vocal stylings of popular rock and roll music from the sixties and seventies featuring the sounds of The Jersey Boys, Franki Valli, The Beach Boys and other vocal quartets of the period. They are lively, involving the audience in their show and creating a show environment reminding audiences of the days they themselves were younger and more active. Ernie Evans' son appears with one of the touring groups comprising the Atlantic City Boys and appears with them at some of their performances as Ernie's festivals. 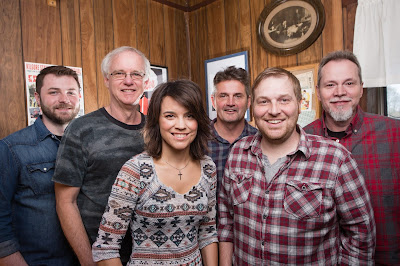 The Grascals emerged fifteen years ago from a group of sidemen appearing at Nashville's Station Inn. The band had an immediate high impact, recording several major bluegrass hits, and earning a number of IBMA awards. Three of the founding members, Terry Eldridge, Terry Smith, and Danny Roberts, continue to tour with the band, while new members have helped to continue the distinctive sound and vibe of this hard driving and enjoyable band. Kristin Scott Benson has been named IBMA Banjo Player of the Year four times. We haven't seen this band in Florida for a few years, so enjoy the show at the Bluegrass Classic.

Influenced by the Chet Atkins and Merle Travis, Sam Pacetti became a guitar player during his teen years as he came under the influence of the singer/songwriter style. He is recognized for his virtuoso guitar play and passionate songs. He has recently toured in Colorado, as well as playing regularly in and around his home base in St. Augustine. 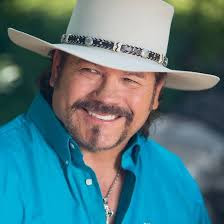 Buddy Jewell comes from Lapanto, AR, whrere he first learned to play guitar as a young teenager, and came under the influence of singers like Trace Adkins. Jewell was the first winner of singing competition Nashville Star, signing a recording contract with Columbia Records. He also worked in Nashville as a demo singer, recording over 5000 songs. He has had a number of charting singles and one album reaching number one on the national charts.


Help Pour Out the Rain 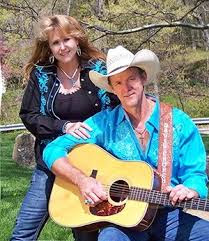 David Church has been a featured performer on RFD-TV's Midwest Country for some years. He's had several songs chart at Reverbnation and has a busy national schedule of appearances. Along with his wife Teri Lisa, he will be presenting classic country songs, with a particular emphasis on the music of Hank Williams, Sr. He was well received last year at The Bluegrass Classic with a guest appearance. 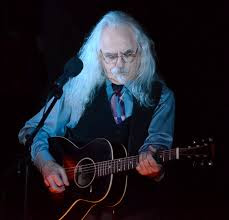 Although I had heard Michael Reno Harrell on Knoxville's WDVX-FM from the porch of our home in New Hampshire, I couldn't imagine who this person was, as he set up for his Tuesday opener at the first Bluegrass Classic...until he struck his first chord and completely captivated the audience for a full hour. Noted nationally as a story teller, he's been featured story-teller at the National Story-Telling Festival in Jonesborough, NC. Combining his wonderful songs with his unique style of story-telling provides a rare treat. He'll be in the lineup on Friday, largely because of the very positive responses he's had at his two previous performances at EMS events. 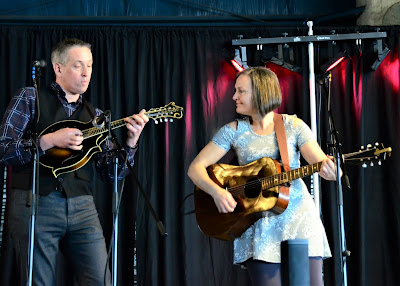 Roxeen & Dalrymple are a folk/bluegrass duo from Nova Scotia, Canada. Some of you may recognize Gary Dalrymple as the mandolin player and hard-working side-kick of the Spinney Brothers. They present a pleasant program, sing well together, as well as mixing easily and comfortably with each other and the audience.

So Lonesome I Could Die 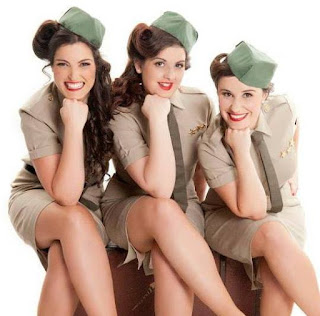 The Swing Sisters sing close harmony songs from 1940's - 1960's and beyond in a style reminiscent of, perhaps, the Andrews Sisters, whom I remember well. Based in Melbourne, FL, this group looks and sounds like fun. Not to be confused with a British group of the same name.

It Don't Mean a Thing, If It Ain't Got That Swing 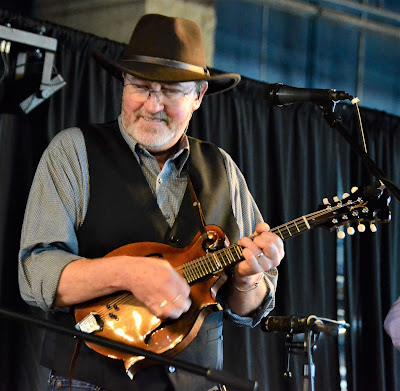 Nothin' Fancy survived for more than twenty years as a band specializing in strong covers of Country Gentlemen songs, entertaining clowning, and novelty songs written by Mike Andes, as well as Chris Sexton's fine fiddle work which turned out to be broadening and simultaneously funny. A few years ago, after some band changes, they upped the ante, earned a contract with an important bluegrass label, and picked up a pair of brothers, Caleb and James Cox, who were serious about bluegrass and got Nothin' Fancy, too. The result has been a strong move to higher reaches in the bluegrass world. Much of their future will depend on who they hire to play banjo, the one hole remaining. They have already reduced the clowning and improved the music. The next move is up to them. 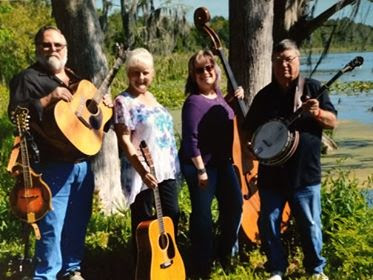 Composed of a bluegrass couple from Maine, and a father-daughter pairing who are long-time Florida residents, Blue River Grass brings a group familiar to jammers at Florida festivals to the Classic stage. They'll be fun and tuneful, presenting traditional bluegrass music.

Veteran emcee Jo Odom will keep the festivities moving along. At this time, a replacement for the late Les Sears has not yet been found. 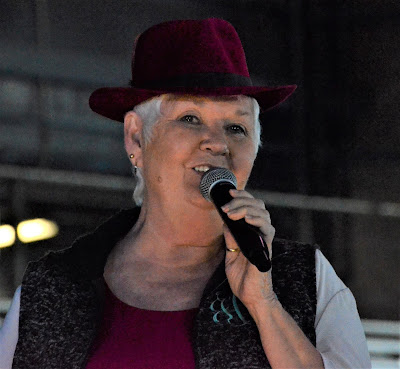 In addition to the music, a tribute to the military and/or civilian emergency providers will take place on Saturday. Also local Classic and Antique Car enthusiasts will exhibit on Saturday.

On Sunday, Jan Ladd and her team will present a morning Gospel Sing as the closing event of this fine festival. 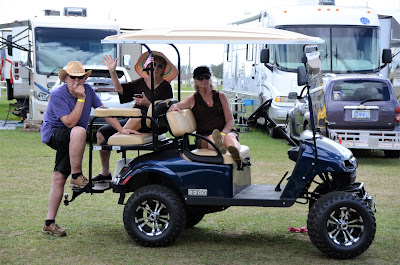 Tickets: You can still purchase advanced tickets at a sale price of $65 for the entire weekend until February 1. After that tickets for the entire weeken will cost $70.00 by phone or at the gate.
Daily ticket prices are: Thursday =  $25, Friday and/or Saturday = $30.00, Sunday is free.
Children 12 and under are free with an adult. 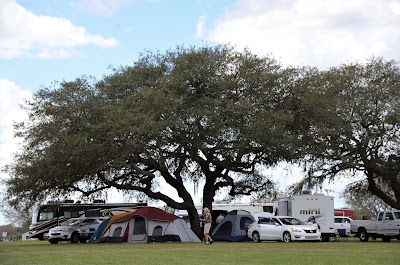 Camping:  The campground is located on the side of a gently sloping hill. There are many campsites available for rough camping, 30 amp, and 50 amp users. A free dump station is available on site and pump outs can be arranged. I advise that RVers arrive with full water tanks, as the pressure is rather low with several rigs sharing each standpipe. Camping opens February 20th.
Electric costs: 30 amp = $27.00 per night (must buy three nights), 50 amp =$32.00 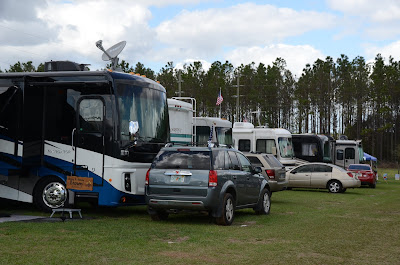 The Site: The performance area features a long covered building with a stage set to one side to provide more seat seats. It's only a few steps to a flush toilet facility. There are a few shaded sites around the perimeter, but most are in the open sunshine, usually welcome at this time of year. 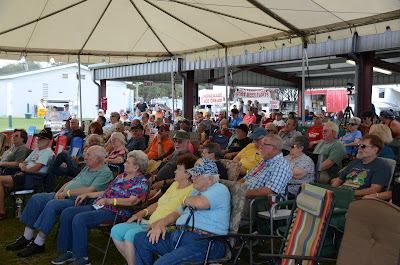 Vendors: A number of food, craft, and instrument vendors sell and display at this festival. Take time to enjoy some good fair food or to shop for crafts or gear. 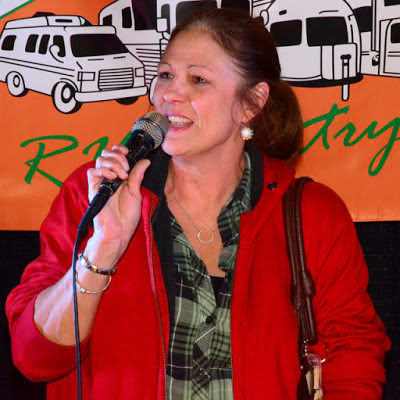 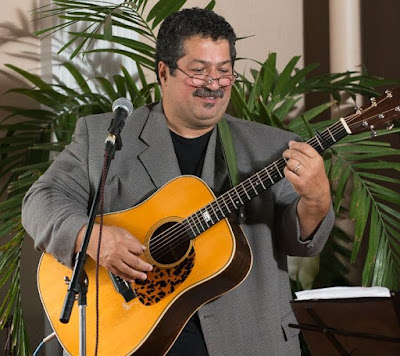 See You There!
Posted by Ted Lehmann at 9:00 AM