The John Jorgenson Bluegrass Band at the Parlor Room in Northampton, MA


It's easy to miss the Parlor Room as you drive down Masonic Street in Northampton, MA, home of Smith College. Located in an unprepossessing building that's also the home of Signature Sounds, which also owns or manages five other venues as well as being a major recording studio located in Connecticaut, and promotes three festivals in Massachusetts, the small brick front welcomes music lovers. We had driven down to see the John Jorgenson Bluegrass Band with Darin Aldridge, which is on a quick tour including stops in Pennsylvania, Connecticut, Massachusetts, and New York.

Seating about 100 people with two rows of tables in front of eight or sotheater rows of seating about 100 people. The Parlor Room (located at 32 Masonic Street in Northampton) l has a small, low stage with inadequate lighting for a four piece band. This is more than compensated for by fine sound and very good acoustics. No food is served there, but there are a number of eateries nearby offering ethnic food, as well as a brew pub just a few steps away. During the concert, customers may bring their own beer and wine, while a pie bar customarily offers light refreshments during the intermission. The audience was knowledgeable, receptive, and polite. 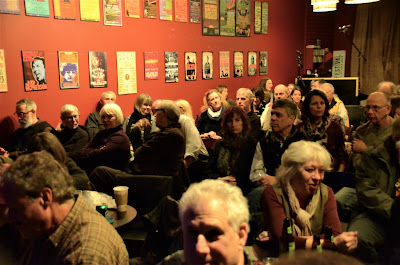 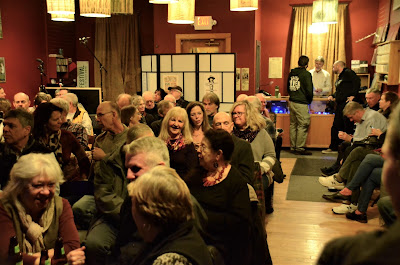 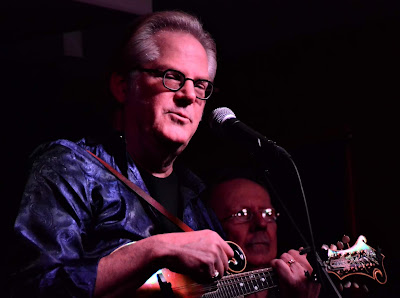 John Jorgenson has a long and distinguished career across genres and with some of the biggest names in music from the 1970's to the present. He has won major awards as a guitarist, but has parlayed musical versatility combined with exceptional quality into a wide-ranging, high interest persona. Early in his career, he served as a staff musician at Disneyland, playing alternately in a Dixieland band on Clarinet, bluegrass band on mandolin, and a Gypsy Jazz band on guitar, changing costumes between performances. The list of musical greats whose bands he has played and recorded with is too long to list here, but includes Elton John, Bob Dylan, Johnny Cash, Emmylou Harris John Prine, and Barbra Streisand. Such versatility is rare in a session musician and nearly unheard of on tour. He played the role of Django Reinhardt in a bio-pic. The bluegrass band he is presently fronting is an outgrowth of his work with the famed Desert Rose Band, of which he was a co-founder, during the eighties and nineties. John Jorgenson is a giant of American music. 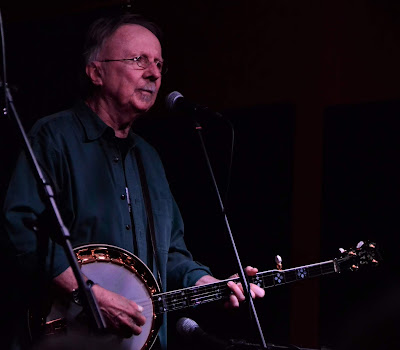 Herb Pedersen, a Californian, too, is also is famed for his long, productive, and creative contributions in the full range of what now has largely been agglomerated as Americana music, including bluegrass, folk, folk-rock, country, and country rock. He was, along with Chris Hillman and Jorgenson, a founding member of the Desert Rose Band, which reached its heights in the 1980's and 90's. He is often associated with John Jorgenson, as well as with Old and In the Way, Peter Rowan, David Grisman, Vassar Clements, Gram Parsons, and more. He performed and arranged vocals on the great Dolly Parton, Emmylou Harris, and Linda Ronstadt album Trio (1987) which won two Grammys, selling over 4,000,000 copies. The list of his professional credits is nearly endless. Even at age 74, his elegant banjo play, smooth tenor voice, and warm sense of humor added a sense of history to punctuate the always contemporary quality of his musicianship. 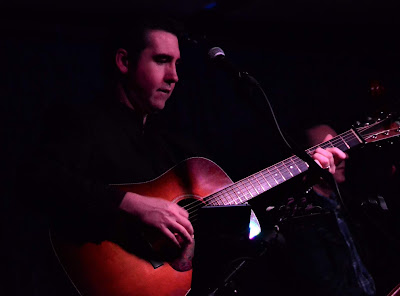 Darin Aldridge, is a generation younger and fits right in musically and personally in this standout band. Darin keeps busy touring with his own band, The Darin & Brooke Aldridge Band, based in his home state of North Carolina, his virtuoso guitar playing and fine baritone and tenor singing, both harmony and lead. Darin, while just just reaching forty, Darin's career has included stints with the progressive bluegrass band Acoustic Syndicate as well as nine years touring with The Country Gentlemen, which only ended with Charlie Waller's death. His flexibility and quality show best in his ability to lead and shape his own band while adjusting to the needs of John Jorgenson's band, which, as Jorgenson remarked is"...at it's core, extremely traditional," while providing a sense a progressive inspiration.

There Is a Time 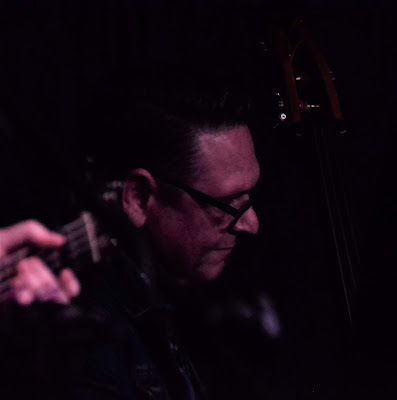 Mark Fain is one of the most reliable and sought after bass men in music. In demand as both a bandsman and a session musician in Nashville, he's the kind of musician you don't notice...until you do. Then you realize what an impact he has on all the rest of the players on stage.  He’s toured and recorded with some of country music’s biggest names, from the Dixie Chicks, Alan Jackson, and Travis Tritt, to Dwight Yoakam, Allison Krauss and Dolly Parton. His versatility is well known through appearances with Bruce Hornsby and John Fogerty. Mark was a long time player with Ricky Skaggs & Kentucky Thunder.

Throughout the entire concert this superb group of major players from bluegrass and acoustic music wove a magical evening of song and story-telling. John and Herb, through their long, often overlapping, history together represent two important strands of West Coast music. The connection to Gram Parsons, the Byrds, Emmylou Harris along with their creation and successes with the Dessert Rose Band evoking wonderful memories and fine, often amusing, story-telling. If you can catch this band, be sure to do so! This song, written with Emmylou Harris shows the depth and quality of their versatility.