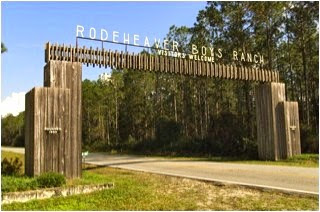 The fifteenth annual Palatka Bluegrass Festival will be held at the Rodeheaver Boy's Ranch from February 14 - 16, 2019 featuring one of the strongest traditional bluegrass lineups you'll find anywhere. Multiple IBMA Entertainers of the Year and Members of the Bluegrass Hall of Fame will be performing over the three days packed with music and fun. Below, I've provided the details you need to know to enjoy the music and have a great time. The gates open on the Sunday before the festival begins on Thursday. Come early to jam, enjoy your friends, and get to know this history and nature-rich area along Florida's St. John's River. Promoter Norman Adams has provided the music, Rodeheaver Boy's Ranch the campground and facilities. All that's needed now is for you to purchase your tickets, come, and enjoy yourself while supporting a worthy cause. 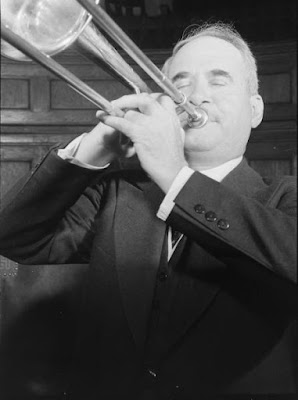 Homer Rodeheaver (1880 - 1955) was famed as an evangelist, band director, publisher, and composer of gospel songs. Along the way, he accumulated enough money to enable himself to purchase a large tract of land near Palatka Florida, establishing what later became the Rodeheaver Boy's Ranch, a home for abused and abandoned boys. The Palatka Bluegrass Festival is held on the ranch grounds to benefit its ongoing program. Boys at the ranch live in small residential facilities with house parents while attending the local public school and developing a work ethic through their chores on the ranch. While you're at the ranch, take the opportunity to chat with a couple of the boys and walk around the facility. Their's a new, and impressive, Ranch Museum, which details Rodeheaver's life and the ranch history. You'll want to visit it anyway, because the guitar raffle is held there. 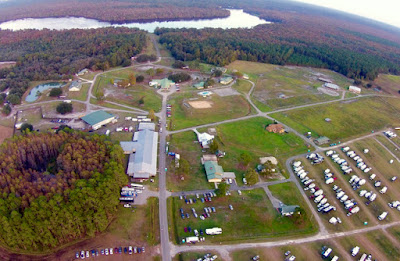 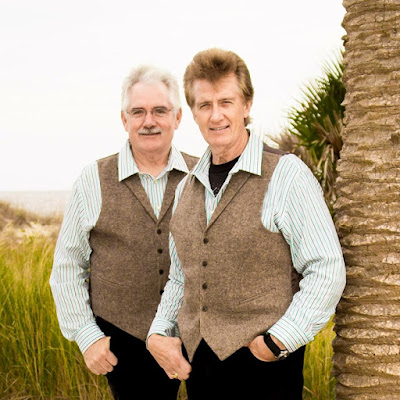 The Crowe Brothers, coming from Maggie Valley, deep in the Smoky Mountains, where they developed their own style of rough edged traditional bluegrass, much influenced by Raymond Fairchild. Watch for brother Wayne's use of a small drum head under his strings, adding a new dimension to the music.

Living in My Mobile Home 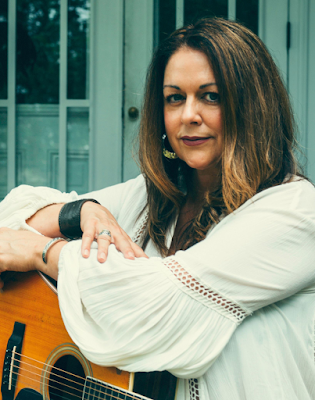 Donna Ulisse's re-emergence about a decade ago, from a lengthy tour in the back rooms of tune-smithing is a success story of determination and hard work that should be constantly celebrated in bluegrass music. Her mellow singing voice combines with her fine song writing to produce a country tinged music right for the times. One of the sunniest personalities in the genre.....

It Could Have Been the Mandolin 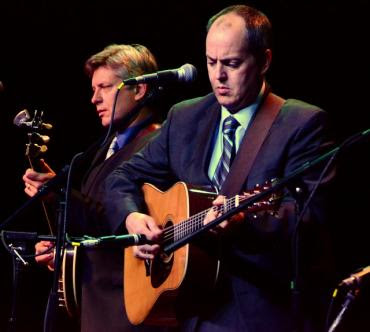 The Gibson Brothers, always popular at the many Norman Anderson festivals where they play, bring their unique humor and North Country vision to the bluegrass stage. Incidentally, "North Country" refers to that vast rural area north of Albany, New York, including the Adirondack Mountains and the rugged northern area north of the mountains stretching toward to North Pole.

They Called It Music 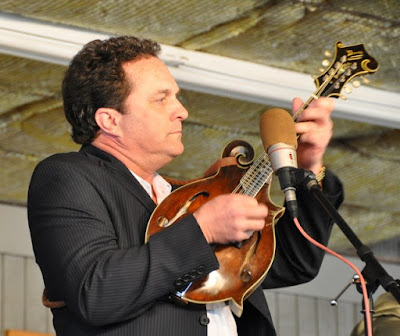 Larry Stephenson, born in Virginia and a member of the Virginia Country Music Hall of Fame and the recipient of numerous SPGMA awards through the years, his fine tenor voice is one of the clearest and most well-recognized on the contemporary scene. Look for two new members in the band this year as the great Kenny Ingraham has retired and Matt Wright moved on. 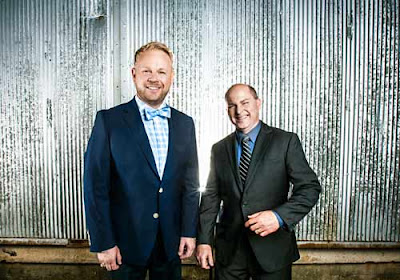 Dailey & Vincent are a headline attraction at bluegrass festivals and other events. Their well-choreographed show with large production values, particularly within the festival format, are fast-paced, filled with variety, and always emphasizing patriotism and religious faith. This format strikes a strong chord with the traditional bluegrass audience making up the core of the crowd and Palatka, other Norman Adams festivals, and around much of the country. Their musicians are always first rate and their show keeps moving. 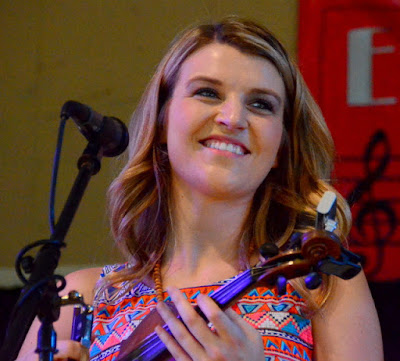 A couple of years ago, Irene and I visited the McMahan's Tire Shop featured in the song below. It's real and they work hard, long, often dirty days on the shop floor and in the store. And they almost won America's Got Talent a couple of years ago, gaining wonderful coverage for bluegrass music while sharpening and broadening their music. Since that time, they have continued to grow while always proclaiming the faith that's in their name. Enjoy this band! 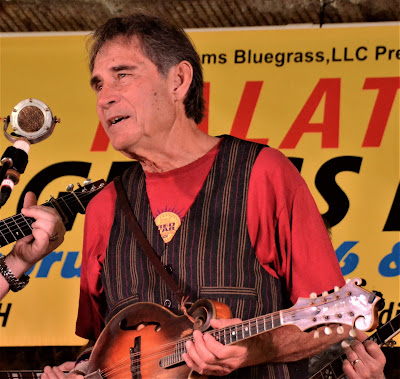 Dry Branch Fire Squad is well-known for its almost old-time renditions of traditional bluegrass music, while Ron Thomason adds a unique voice and much-enjoyed sharp social commentary along with down-to-earth observations of the world around us. Together, the package works, providing a show that's approaching its fiftieth year on the road. They will also perform on Saturday. 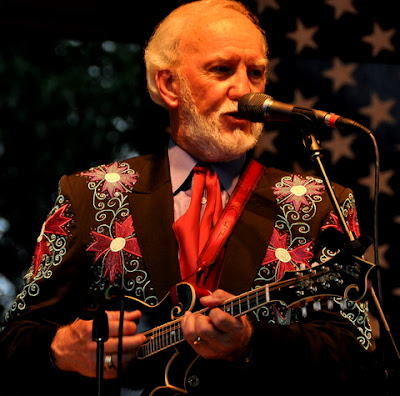 Doyle Lawson has been a major figure, first as an able side man and then as  not only the leader of his own band, but a trend setter for bluegrass music for over fifty-three years. First with Jimmy Martin, and later with J.D. Crowe & the New South and the Country Gentlemen, he influenced and was influenced by each. His own first band emerged in 1979, rapidly morphing into Doyle Lawson and Quicksilver. Over the years, so many great bluegrass musicians have worked in his band before going on to establish themselves in other settings that his mentorship has become known as the Doyle Lawson School of Bluegrass. Despite fairly constant change, Lawson has always demanded the highest in performing quality, and delivered it. 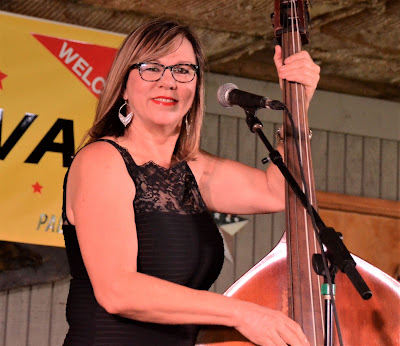 Penny Creek has appeared several times at Palatka over the last couple of years. The band, based in Melbourne, FL features good singing, strong song writing, particularly by Chris Pagonini on guitar, and a well-paced, lively program. Always a good choice.... 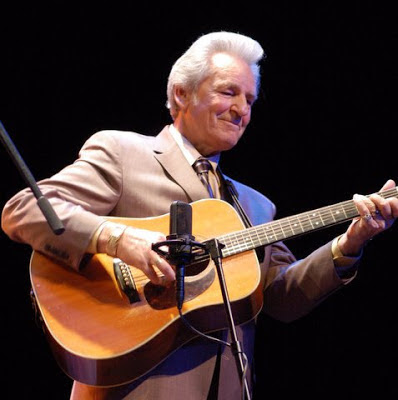 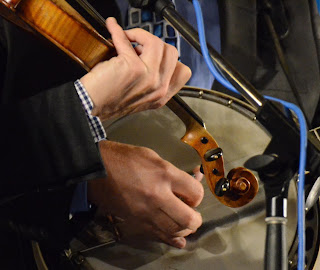 It's rare that two of bluegrass music's seminal pioneers and long-running headliners appear on the same day at any festival. With the Del McCoury Band closing Friday with a single ninety minute, set, Norman Adams has achieved an almost overwhelming day. Adding Dry Branch Fire Squad on the same bill delivers nearly a century and a half of great music. McCoury has recorded so many great hits that a highlight of his show consists of satisfying audience requests, a show in its own right. Every member of the McCoury band has been named Instrumental Player of the Year by IBMA during his career...and no-one sings like Del!

The Streets of Baltimore

Dry Branch Fire Squad returns for a second day of its own unique combination of music and humor. 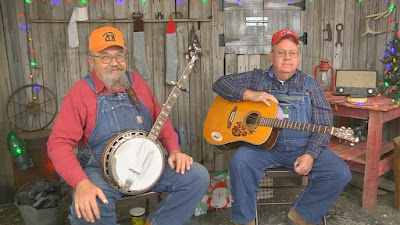 The Moron Brothers, Lardo and, come from Kentucky where they polished their stories and songs into musical and narrative gems that tickle the imagination while both treasuring and gently satirizing rural American life. You'll enjoy them either for the first time or as repeat customers. Don't miss..... 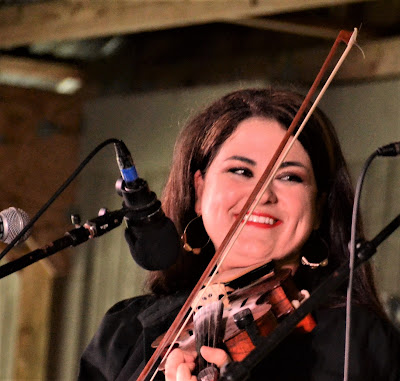 Several years ago, I wrote this about Little Roy Lewis in my No Depression column, "His act recalls the baggy pants clowns and comedians of vaudeville, which had, by the mid-'50s, been completely lost to urban and suburban areas, but continued to exist at bluegrass festivals because Little Roy Lewis made gospel music attractive and entertaining on multiple levels. In the end, Little Roy remains a cultural icon, reminding us of where our music came from culturally and musically." Meanwhile, Little Roy's musical partner, Lizzy Long, continues to grow in stature and quality. Simply put, while the Lewis Family already has its own place in the Bluegrass Hall of Fame, Roy Lewis has represented a quality and character who deserves to be remembered as a central part of our heritage. At age seventy-five or so, I've searched hard for his birth date, Little Roy continues to make his own unique contribution.
In Glory Land 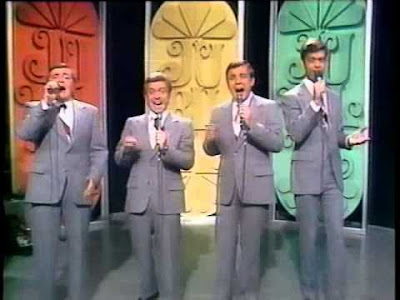 Each year at Palatka one fine Southern Gospel quatet performs. The Inspirations, founded in 1964, come from Bryson City, NC. During the 1970's the group was named the Favorite Gospel Group six times, but during the current decade the have been recognized as a leading traditional group, as other musical influences have dominated Gospel music. Over the years the group has had many members, but they have always maintained their quality.

Wben I Wake Up 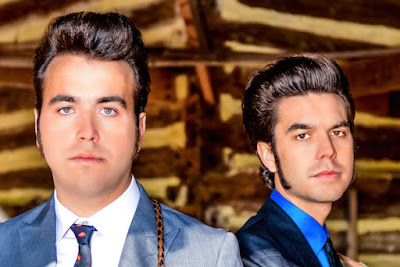 The Malpass Brothers beeb change of pace flavor of classic country to bluegrass festivals around the country. Blending fine voices, interesting, accurate, and evocative interpretations of country fans many bluegrass fans grew up listening to. Probably, many people who have been attracted to bluegrass when they began to feel that country music was leaving them and becoming something else. The brothers, Christopher and Taylor bring humor and fun to the stage with them, and always leave their audiences asking for more.
Hello Walls 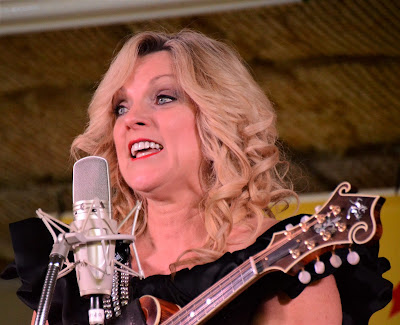 Rhonda Vincent is one of the most popular performers at Palatka, as well as the many other festivals where she performs as one of the most loved and hardest working of all bluegrass acts. Rhonda's band includes some of the best individual musicians in bluegrass whose work together always performs like a well-oiled machine brought together to provide top-notch entertainment. 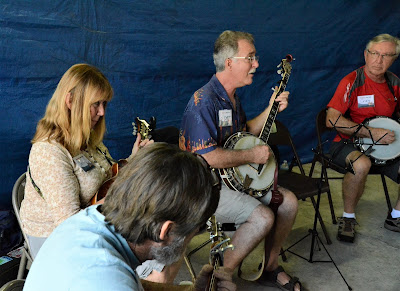 Gilbert Nelson has been conducted his Wernick sanctioned jam classes at Palatka for several years with increasing numbers of participants. If you've always wanted to jam or wished to jam better, Gilbert can help you learn the skills necessary or help you improve while having fun during the classes and developing in you the confidence to join jams. 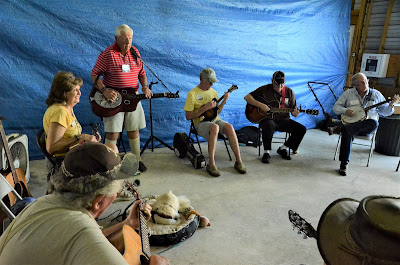 The Palatka Bluegrass Festival has a satisfying, often exciting program for traditional bluegrass fans in a traditional setting. While you enjoy the music, you can also jam with your friends, eat at the Ranch concession stand or from some of the food carts, and shop for a variety of merchandise.

Tickets may be ordered online (scroll down to Palatka (February) Festival to select ticket type and order) or by calling (706) 864-7203. Prices for Adams Festivals are:

Reserved seats can be selected by consulting the map here.

Camping: The Rodeheaver Boys Ranch provides a campground with over 500 water/electric sites. For further information and to reserve a site call (386) 328-1281. The Ranch provides a convenient shuttle service for campers, as well as a large coral for golf carts and other conveyances near the music shed. Proceeds from the campground provide the Ranch with its major income from operating the bluegrass festival. 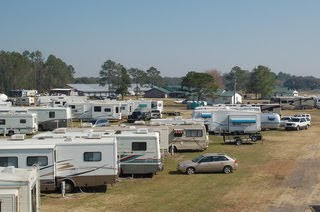 Other Accommodations: A list of Palatka area accommodations is provided here on the the Adams Festivals web site. We had booked what appeared to be a very comfortable AirBnB in the area, but it was cancelled by the owner. While such rentals continue to increase in the entire state of Florida, we cannot, at this time, recommend any place in the Palatka area, although careful research at AirBnB and VRBO might prove useful for people contemplating slightly longer stays. 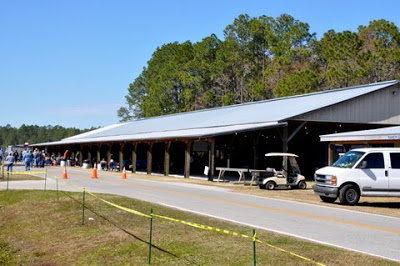 Rules: The Palatka Bluegrass Festival, run by Rodeheaver Boys Ranch, a residential school with a strong religious orientation has a few rules, mostly to increase the pleasure for attendees and maintain the appropriate atmosphere for the venue. They're simple and easy to follow:
No Video or Audio Recording is Allowed.
No Alcoholic Beverages, Smoking, or Pets in the Concert Area.
Bring Your Own Lawn Chairs
No Highback (32 inches) or Rockers of any type.
It's also considerate for your neighbors to refrain from talking or singing along during the music.

How to Get to Rodeheaver Boys Ranch:

On the map below, input your location in the space marked by a O and then click. A Google map will open with your route to the Palatka Bluegrass Festival on it. 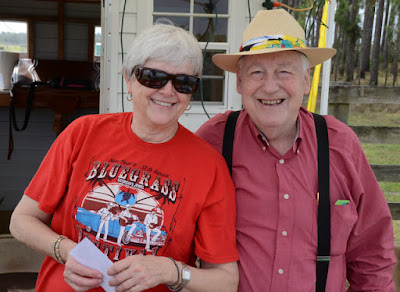